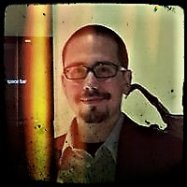 Dr. M. A. Istvan Jr., a neurodivergent sufferer of chronic Lyme disease whose writing has appeared in over one hundred and fifty magazines (including Quiddity, Hobart, Pleiades, and the African American Review), is the founder of Safe Space Press, a publication house that provides a home for all—especially divergent and disparaged voices (trans, fat, addict, queer, incarcerated, black, senior, unemployable, poly, gambler, homeless, neurodivergent, disfigured, indigenous, and so on)—who are critical of the excesses of cancel culture. All of us, but especially people on various margins, are expected to flout our conscience and surrender to the bloodthirsty saturnalia of censoring, silencing, and shaming that has swept over the well-to-do West. Safe Space Press believes, on the contrary, that radical care and kindness—as opposed to ruining lives without due process (which effectively serves to make a prison yard out of society, polarizing people and even alienating allies)—can be an effective tactic for social change. Aware that we are all in this together as flawed beings (thrown into this wheel-of-fortune life, fashioned by primordial drives and environmental factors only to die in the end), Safe Space Press—holding the banner of our shared humanity higher than that of our mean-spiritedness—is not about shaming perpetrators of cancel culture. Even the most virulent perpetrators of this constitutional-rights-violating juggernaut of anti-diversity, whatever side of the political aisle to which they belong, are to be approached with empathy. Addiction to bitterness, an addiction that has a grip on most of us (scrambling to find security and purpose and identity-glue in a God-is-dead world of for-most-too-much-and-too-soon satellite footage of Earth, and of vital industries that fail to pay a livable wage, and of my-truth estrangement from hunting and frolicking in the trees with others who might challenge our self-identifications) but which so rages in these depression-besieged brokens that they form pitchfork lynch mobs, has made it normal to see our participation-trophied selves as victims (the more victimized the better, just like on the soccer field) and to set the bar on what is worthy of offense so low that we always have a pretense to feel that angst-numbing rush of bully-making bitterness. Join with Safe Space Press to engender a diverse world in which termination is not a necessary consequence of heterodoxy—a world, in effect, that is genuinely diverse (not just diverse on surface-levels or “in the right way”).

What I'm reading now:
Go Tell It on the Mountain by James Baldwin, The Human Condition by Paul Christensen, Looking for Buddha in the Barbed-Wire Garden by Janet McCann, La Caza Nupcial by Eduardo Espina, Road Film by Ernest Loesser

Gives readings:
Yes
Travels for readings:
Yes
Prefers to work with:
Adults, Any, At Risk Youth, Homelessness, Incarcerated individuals, Mental Health
Fluent in:
English
Born in:
Poughkeepsie, NY
New York
Raised in:
Beacon, NY
New York
Please note: All information in the Directory is provided by the listed writers or their representatives.
Last update: May 14, 2022
X