Established in 1984, the Maureen Egen Writers Exchange Award introduces emerging writers to the New York City literary community. The prestigious award, which aims to provide promising writers a network for professional advancement, has helped to launch the careers of Sue Monk Kidd (The Invention of Wings, The Secret Life of Bees), Lidia Yuknavitch (The Book of Joan), Bryn Chancellor (Sycamore: A Novel), David Mura (Turning Japanese: Memoirs of a Sansei), and others. Since Poets & Writers began the Writers Exchange in 1984, one-hundred-and-six writers from forty-two states and the District of Columbia have been selected to participate. The award is generously supported by Maureen Mahon Egen, a member of the Poets & Writers Board of Directors.

Writers from the state of Rhode Island are invited to apply for the 2021 Maureen Egen Writers Exchange Award. One fiction writer and one poet will be selected. Winners receive an all-expenses-paid trip to New York City to meet with top literary professionals, including editors, agents, publishers, and prominent writers. This year’s judges are Madeleine Thien for fiction and Prageeta Sharma for poetry. Entries must be postmarked by March 1, 2021. 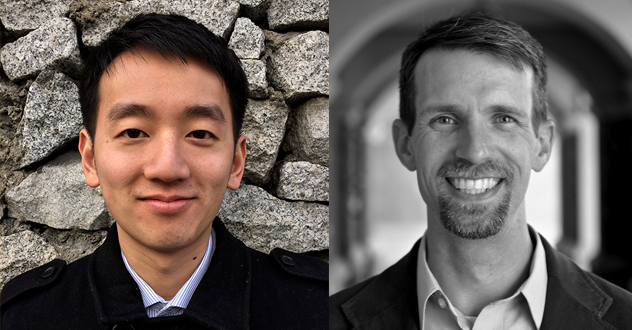 The winners of the 2020 Maureen Egen Writers Exchange Award are Simon Han for fiction and Brent Newsom for poetry. The judges were DéLana R.A. Dameron for poetry and Eugene Lim for fiction. Typically, the winners spend a week in New York City meeting with over a dozen literary professionals selected from their personal wish lists. Because of the pandemic, the format of the introductions will be very different this year: Poets & Writers will be scheduling a series of video chats for Mr. Han and Mr. Newsom, rather than a week of meetings over breakfast, lunch, coffees, and drinks. Poets & Writers hopes the result will be much the same: the winners will gain insight and advice about writing, publishing, and marketing their work, and establish new professional contacts that will help them as they shape their careers in the years ahead. In addition, the winners will be offered a one-month residency at the Jentel Artist Residency Program in Banner, Wyoming.

(*) Winners of the California Writers Exchange, which was offered periodically from 2004 to 2013, with support from the James Irvine Foundation.

Read an essay by past winner Brian Evans-Jones.(PDF)

Watch a video of past winner Sandra Beasley speaking about the award.