The Jackson Poetry Prize honors a poet of exceptional talent. It was established in 2006 with a gift from the Liana Foundation and is named for the John and Susan Jackson family. Eligible poets must have published at least two books of acknowledged literary merit. The 2022 prize carries a monetary value of $80,000. There is no application process for the Jackson Poetry Prize; nominees are identified by a group of poets selected by Poets & Writers who remain anonymous. Final selection is made by a panel of esteemed poets. 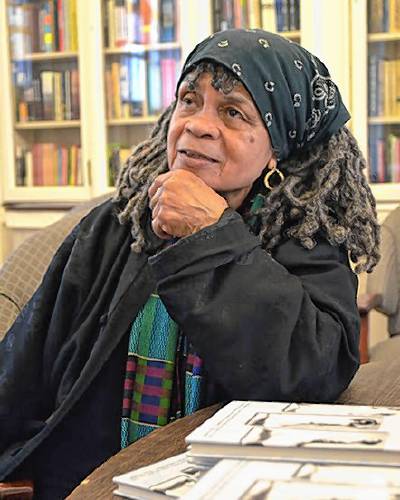 In selecting Sanchez as the sixteenth recipient of the prize, the judges issued the following citation:

Over her seven-decade career, Sonia Sanchez has distinguished herself as a major figure in American letters. A founding member of the Black Arts Movement, she has taught generations of poets—creating essential spaces for Black Studies where none previously existed. Her contributions to the literary landscape include plays, short fiction, essays, and groundbreaking anthologies, but it is her innovative and essential poetry, recently collected in Collected Poems: Sonia Sanchez (Beacon Press, 2021), that the judges wished to recognize with this award. Her vast and commanding oeuvre of published poetry invokes the power, and revolutionary properties of language itself—intoning the struggles and joys of entire communities, while reinvigorating traditional forms. As Toni Morrison said, “You have spoken for us...Written for us...Sung to us...How much in your debt we are.” Sonia Sanchez is a national treasure.

Past Winners of the Jackson Poetry Prize