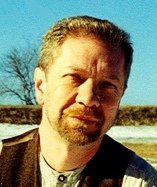 Charles Springer grew up on a farm in northcentral Pennsylvania that his great-grandfather established in the mid-eighteen hundreds. An only child, he quickly found kinship within the natural world around him and in the world of his imagination.

Immediately after high school, Charles, who prefers Charley, studied anthropology at Lycoming College and at the University of Cincinnati. He taught briefly at Northern Kentucky University. Charley also had a passion for art and art history. He moved to Philadelphia and attended classes at the Philadelphia College of Art (now University of the Arts) and the Barnes Foundation. It wasn’t long before he began to show work in the city’s galleries. Today many of his paintings are in private, corporate, academic and museum collections, including the Philadelphia Museum of Art.

Charley began writing when he experienced what he called “painter’s block.” It wasn’t long before he’d filled notebooks with poems. His writing process would begin with reading, quite often in the middle of the night. He would come across a word or two, a phrase that would spark something from his own experience, real or imaginary. “It was vital,” he says, “to get words down on paper as quickly as possible or else they would fly out the window.” On occasion a poem formed almost immediately. More often it required lengthy revision. Charley comments he writes pretty much the same way today.

Needing to care for his ailing father brought him back from Philadelphia to the family farm. His desire for community prompted participation in the local writers’ collective and online at the Gotham Writers’ Workshop. Influences in his work include Matthew Lippman, Matthew Rohrer, Geoffrey Nutter, James Tate, Russell Edson, Gabriel Gudding, Gary Soto and Alberto Rios among others. Charley has published poems in over sixty journals. These include The Cincinnati Review, Faultline, Windsor Review, Packingtown Review, Gertrude and Passager. His proudest moment arrived many years ago in the form of a Pushcart Prize nomination for a poem he’d written about his mother’s dementia.

Charley looks forward to the appearance of his first book length collection of poems entitled JUICE forthcoming from Regal House Publishing in 2019.

Best of the Net (Nomination)

Gives readings:
Yes
Travels for readings:
Yes
Identifies as:
American
Prefers to work with:
Any
Fluent in:
English
Born in:
PA
Pennsylvania
Raised in:
CALDWELL, PA
Pennsylvania
Please note: All information in the Directory is provided by the listed writers or their representatives.
Last update: Mar 24, 2021
X