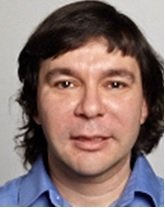 Jacob M. Appel is the author of three literary novels, nine short story collections, an essay collection, a cozy mystery, a thriller and a volume of poetry.  His first novel, The Man Who Wouldn’t Stand Up, won the 2012 Dundee International Book Award and was published by Cargo.  His short story collection, Scouting for the Reaper, won the 2012 Hudson Prize and was published by Black Lawrence Press in 2014.  His essay collection, Phoning Home (University of South Carolina Press, 2015) won the Eric Hoffer Book Award.  Other recent volumes include Einstein’s Beach House (Butler University/Pressgang, 2014), Miracles and Conundrums of the Secondary Planets (Black Lawrence, 2015), The Magic Laundry (Snake Nation, 2015), Coulrophobia & Fata Morgana (Black Lawrence, 2016), The Topless Widow of Herkimer Street (Augsburg College/Howling Bird, 2016), The Mask of Sanity (Permanent Press, 2017), Millard Salter’s Last Day (Simon & Schuster, 2017), The Liar’s Asylum (Black Lawrence, 2017), The Amazing Mr. Morality (Vandalia/West Virginia University, 2018) and Amazing Things Are Happening Here (Black Lawrence, 2019).  Four of these collections received starred reviews from Kirkus.  Both Scouting for the Reaper and Miracles and Conundrums were on Small Press Distribution’s best seller list for over a year.  A volume of ethics dilemmas for laypeople, Who Says You’re Dead?,  is forthcoming with Algonquin.

Jacob is currently an Assistant Professor of Psychiatry at the Mount Sinai School of Medicine and an attending physician at Mount Sinai Hospital, Beth Israel Hospital, and St. Luke’s-Roosevelt Hospital in New York City.  At Mount Sinai, he designed and teaches the ethics curriculum for the first and second year medical students, lectures in the psychiatric clerkship, and runs the ethics courses for the psychiatry residents.  He also established and supervises a creative writing elective for the medical students.  He serves on the medical school’s admissions committee and the hospital’s institutional review board.  In 2018, he was appointed Director of Ethics Education in Psychiatry.  Prior to joining the faculty at Mount Sinai, Jacob taught most recently at Brown University in Providence, Rhode Island, at the Gotham Writers’ Workshop in New York City, and at Yeshiva College, where he was the writer-in-residence.  He was honored with Brown’s Undergraduate Council of Students Award for Excellence in Teaching in 2003.   He formerly held academic appointments at Pace University, Hunter College, William Paterson University, Manhattan College, Columbia University and New York University.  Jacob holds a B.A. and an M.A. from Brown, an M.S. in bioethics from Albany Medical College, an M.A. and an M.Phil. from Columbia, an M.D. from Columbia University's College of Physicians and Surgeons, an M.F.A. from N.Y.U. and a J.D. from Harvard Law School.  He also publishes in the field of bioethics and contributes regularly to such publications as the Journal of Clinical Ethics, the Journal of Law, Medicine & Ethics, the Hastings Center Report and the Bulletin of the History of Medicine.  His essays on the nexus of law and medicine have appeared in The New York Times, New York Post, New York Daily News, The Chicago Tribune, San Francisco Chronicle, Detroit Free Press, Orlando Sentinel, The Providence Journal and many regional newspapers.