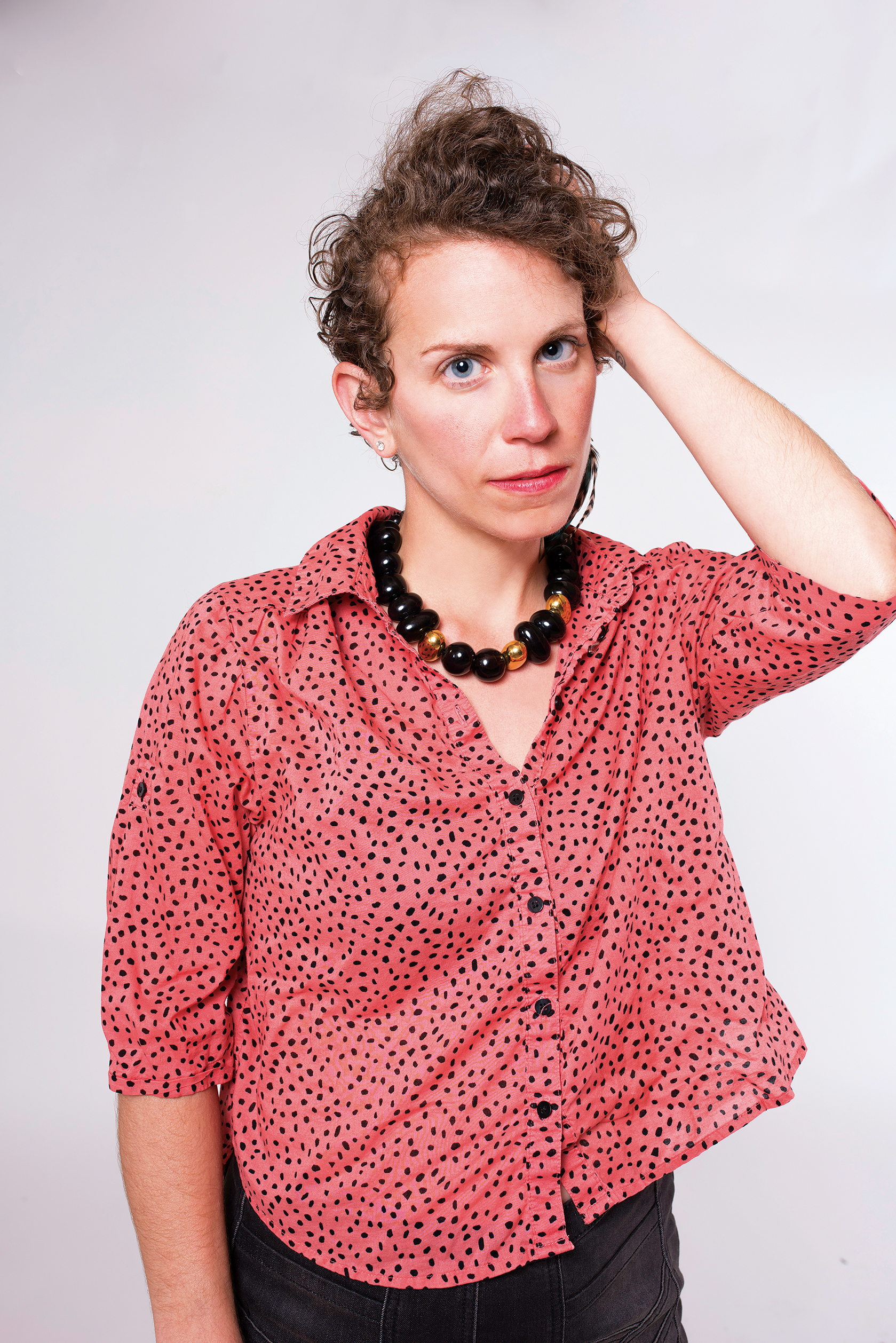 We Had No Rules
Corinne Manning

My family had no rules. At least it felt that way for a time, because most of the rules were vague and unspoken: don’t lie, or steal, or hurt. If I was mean to my sister, or my sister to me, we would apologize. We did the dishes together every night. We shared toys. When she read to me, I would thank her, and if I wanted her to read to me, she would, unless she had too much homework. Our parents’ rules had to be enforced only after we broke them—after my sister broke them. By the time I was old enough to encounter the same dilemma, I already knew the edict, and through watching her, I knew what rules to follow. Which was why, at sixteen, I left home, just as my sister had, only I ran away because there was one rule I couldn’t keep from breaking. If I knew anything about my parents it was where they stood, so why expect different results?

I was lucky, because when it was my turn, Stacy was twenty-four, set up in a rent-controlled apartment in Chelsea with only two roommates. She worked as a paralegal and attended classes at Hunter most nights. It was 1992, and I had a place to go.

Stacy was mad at first. She held my hand as we walked from the subway to her apartment, and I felt so much better now that my hand had a place to be. My hands get icy when I’m nervous. When I was little, Stacy used to rub them until they were warm again, and I wondered if she remembered this. I felt small and untethered as we walked down those streets, because I smelled perfume and trash and urine, saw posters of men kissing and women kissing, and because over the din of cars and voices I heard the roaring immensity of what I’d done.

“You gave them what they wanted,” she said. She jerked my hand as we turned a corner.

I hadn’t seen Stacy since she left, and she’d gone through a complete transformation. She traded running shoes for leather boots that went up to just over her knees and had huge heels. She towered over me by almost a foot. The bangles on her wrists clanked together, and her hair—which was shaved when I last saw her, a rule broken—was a gorgeous orange mess.

She had a unique kind of insight into what I was going through. “You made it easy for them. They want you to feel so ashamed that you leave. There’s this way they pretend there’re no rules, and they subtly suffocate you. That’s what they did to me, only they posed it as a choice. If you wanted to do it differently, you would have given them the ultimatum, like: ‘Either you accept me and we talk about this, or I’m getting the fuck out of here.’”

I pulled my hand out of her grip to adjust my shoulder bag, but I regretted it because afterwards her hand wasn’t available anymore. She shoved it into the pocket of her neon-yellow hunting vest. I stayed close to her, taking as much comfort as I could from the rub of her arm against mine.

We paused at a traffic light and I could tell she wanted to bolt across, but she was trying to set a good example of how to cross the street. I leaned into her a little more.

It had been a long time since I’d seen her cry, and there was this way that tears just suddenly flooded around her lids—you wouldn’t have known she was upset until this happened—like a mysterious dam had been opened. She grabbed my hand and rubbed her thumb briskly over my skin, then we ran together across the street.

When I arrived at the apartment, there was a closet made up like a room for me and her things were in bins just outside it. I didn’t complain about having no window because she did some sweet things to the closet to make it feel like a room. She suspended a kind of mobile that her roommate Jill made out of spoon and fork handles. Her other roommate, who turned out to always be touring with some band, built a few shelves at the end of the closet so I could put my things up there. My main light was a paper lantern, and sometimes I felt like a caterpillar in a whimsical cocoon.

That first morning she took me to her favourite bakery and watched me eat two chocolate chip banana muffins, mine and hers.

“Look, I’m not going to totally police you, but you can’t just bring home any girl, because you have to remember that this is also home to all of us, and if you and some girl decide to fuck—”

“Stacy!” I looked around to see if anyone had heard, but no one seemed bothered.

“If you decide to fuck, you have to be respectful. No shouting. I don’t want to hear ’cause you’re my baby sister, and Jill’s room is right against that closet and you don’t want to do that to her either. I’ve already told Jill and Toby this, but I’m going to say it to you, too—don’t fuck my roommates. You can have sex with anyone as long as they aren’t living with us at the time. You need to realize this—”

She leaned forward real close and I stopped chewing.

“You and I are partners now, and I worked hard to get this clean, safe apartment with these not-so-clean, stable people, and if you fuck it up, we are both out, and I know you don’t know this yet, but sex is really fucking messy and what you get into will affect me too.”

Stacy smiled, then tried to hide it. “I’m pretty sure all you’ve done is hold hands under the covers at a sleepover and she let you kiss her neck while she pretended to be asleep.”

I looked down and picked up some crumbs from the wax paper with my pointer and put them in my mouth.

“She was definitely awake,” I said.

“I’m gonna take care of you,” she said. “We’re gonna figure out school, and I’ll help you find a job. You won’t go through what I went through. Okay?” She looked at me so seriously.

I nodded. I know that wasn’t enough of an acknowledgment, but the fact that I even nodded is commendable, I think, at sixteen.

I didn’t know, at this point, what she went through. I knew it was terrible, because early on she called my parents and left this message on the answering machine that made me tremble and cry because she was sobbing and saying she wanted to come home. She left a number for a pay phone, and when she answered, her voice sounded like mine, like a child’s, and I begged my mom to get on the phone and listen. And my mom just kept saying, Youmadeyourchoice, youmadeyourchoice, and I heard my sister on the other end screaming, Please, please, the word scraping away, digging for anything decent but striking rock after rock. I hid in the other room until, finally, one of them hung up.

After breakfast, I sat on the toilet lid and watched her get ready for work, just like I used to watch her get ready for school before she left home. She straightened her hair and brushed it out so that it lay smooth and thick around her shoulders. Her lipstick was modestly pink. I didn’t breathe while she applied liquid eyeliner, for fear I’d somehow make her smudge it.

“I’ll be home at two and I don’t have to be in class until seven, so we can do whatever in between.” She smiled at me in the mirror. I was wearing an outfit Mom had picked out for me—red cords and a pink turtleneck.

“Maybe we’ll dress you in some different clothes. I’ll call in some favours.” She closed her eyeliner and dropped it into her purse. She pressed her cheek against mine in lieu of a kiss.

I was entranced: here I was, smelling her makeup again. When she closed the door, I felt a lonely kind of despair.