For our twentieth annual roundup of the summer’s best debut fiction, we asked five established authors to introduce this year’s group of debut writers. Read the July/August 2020 issue of the magazine for interviews between Ashleigh Bryant Phillips and Lauren Groff, Jean Kyoung Frazier and Bryan Washington, Corinne Manning and Paul Lisicky, Megha Majumdar and Sue Monk Kidd, and John Fram and Sarah Gailey. But first, check out these exclusive readings and excerpts from their debut novels. 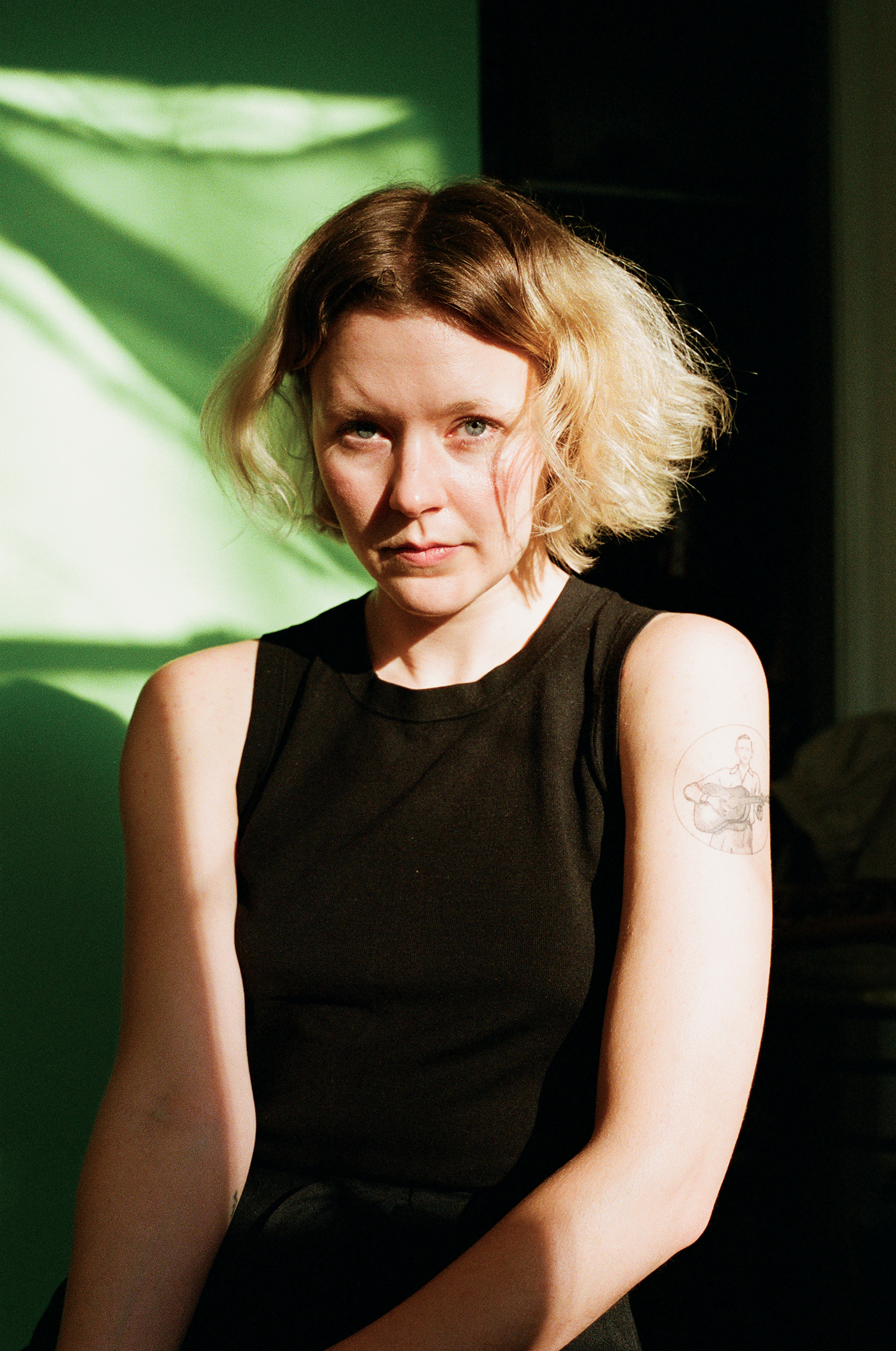 The Truth About Miss Katie

I didn’t like it when I heard what Miss Katie said at her going away party. And I probably shouldn’t have been listening but I wanted to tell her goodbye. At the party she said, “Excuse me I have a phone call,” and then she didn’t come back in for a long time so I went out to the bleachers where she always talks on the phone because she says that’s where she has best reception and I wish I didn’t hear her. What she said. She didn’t know I was there. And that was rude I guess and not good manners but Miss Katie is my favorite person—or was—because she’s smart and pretty and always has her nails done nice and she told me that one time that my bush baby I did was looking so cute in the bush.

I had never done art before, I mean I’d seen it on TV like on Disney Channel and the Miley Cyrus show when she had to do a thing called a self-portrait. But that’s why I loved when Miss Katie came. I just wanted to try art. You hear about it in all the stories, people painting, looking at paintings. I know that paintings are in museums because the library book I checked out told me about it. I’ve never been to a museum before either.

I heard that in the 6th grade we can go see a museum on the big field trip that the 6th graders take. They take us up to UNC to see the basketball court where Michael Jordan played and then they take us to a museum. We got to raise money to get up there though because we have to get this real big bus to take us and you have to get there real early at six in the morning and you CAN NOT be late. Or you’ll be holding up your friends!

So I wanted to do this art. And I had never heard of a bush baby before either until Miss Katie came and read us that story about Africa and she showed us how to draw animals from Africa in white crayon on white paper. And I know that sounds crazy because how are you gonna see anything with white crayon on white paper? But when you put the watercolor on it, it shows up really good. Well like I said, Miss Katie said I did so good on my bush baby, “Pretty eyes,” she said. “Between you and me it’s the best one in the class.” And that made me feel good.

When I got my period I thought I was hurt and I didn’t know what was happening to me and I was crying in the bathroom stall at school and Miss Katie came in there and told me I was okay. She said I should be proud, that it meant I was becoming a young lady. She said she had one too. And she gave me a pad to put in my panties. And when Grandma picked me up from school that day Miss Katie walked out with me to Grandma’s car and held my hand and she said, “Your granddaughter got her period today at school and I hope I didn’t overstep my boundaries or anything but she didn’t know what was going on and she was scared…” And then Grandma interrupted her and said, “That girl needs to feel scared.” I could tell Miss Katie didn’t know what to say then.

My Grandma is the bossy type. More bossy than Miss Katie. She don’t let us keep the lights on at night because of the electric bill and so when the sun goes down me and brother and sister sit in our room in the dark just talking to each other and sometimes my baby sister is afraid and I hold her and scratch her back real light like you’re barely touching her to get her to go to sleep. You can’t do it too hard or it won’t work. And Grandma won’t send me to school but with one pad. She says they’re expensive. So I told Miss Katie and she brought some pads to school just for me. And now whenever I feel the blood coming out of me I can change pads as much as I want. I hate feeling like I’m sitting in my own blood.

But Miss Katie said that I was a smart girl, a curious person, and that meant I was exciting. Miss Katie says to be normal is one of the most boring things in life. She taught us paper ma-shay. She has a paper ma-shay of her boobs that she keeps in her desk, she showed it to me one time.

She said I was a real artist. She really liked everything I’d paint. “Good color choice,” that’s something she always said. She said that on my self-portrait. That’s also when she told me I was beautiful. “See,” and she pointed to my face and said, “This is just beautiful.”

I wanted to give her a gift. I wanted to paint her a painting. A thing called a still life, of opening spring flowers, but she never even got around to staying around here long enough for me to see any spring flowers open. And I didn’t want to ask Grandma for a canvas. Grandma wouldn’t even let me explain what a canvas was. She said, “None of that mess.”

So I stole some paper from school and did a self-portrait at night in my room in the dark. I had to try it over and over again for a while like that until it came out good. Because I couldn’t really see what all I was doing, but I got the hang of it after a while. And that’s what I wanted to give her, the self-portrait I did, because it had gummy worms on it, floating around my head.

Miss Katie asked me what was my favorite restaurant and I said that even though I love McDonald’s, and McDonald’s has toys ‘cause my cousin Terri works there and she brings them to us from her work, I have never been to the Golden Corral. I’ve seen the commercials and I don’t even know where it is around here but the TV says that the Golden Corral is all you can eat—it’s buffet. Kayla says she’s been there and that buffet means the food never goes out. You can eat until you’re so full you’re about to pop. Kayla says if I ever go, to try the BBQ pizza. She says you wouldn’t think it, cause it sounds gross, but she says it’s so so good.

Miss Katie said she’d never gone to the Golden Corral, but she said that she’d take me someday. I told her I heard we can put candy on our ice cream there. “I’m sure,” she said. She said she’d put gummy worms on her ice cream. And I just wanted to know if she could tell me when I went out to the bleachers to find her and give her my self-portrait when we were going to go to the Golden Corral.

But when I got out there, I saw her on the phone and I didn’t want to interrupt. I listened behind the gym, heard her talking some real bad stuff. She was saying, “This place is a shit hole.” And, “I’m just so alone here.” And she told her friend that we’d made her a 7Up cake. Miss Katie was kinda laughing then. She said she spit the cake out in the bathroom. She said 7Up cake was some country shit.

I can’t believe she said that. I mean she told us that she loved the 7Up cake. And it really is so good. We never get it except only on special occasions when Sammy’s mama makes it. We all love it so much when she makes it. It’s my favorite cake.

Miss Katie said the swimming pool here doesn’t even have a diving board. I’d never thought about that before, but she said it so mean. And she said she was scared of getting robbed. She was shaking her head and getting frustrated. “Yeah, you’re right,” she said. “Helping. Yes. They needed me.” Yeah she did show us things, but I never knew that we needed any help.

Miss Katie started crying on the phone and I remembered my sister. She’d be crawling into the fridge at night when she was hungry, when she won’t supposed to be looking for something to eat. It hurt my feelings to hear Miss Katie talk like that. And I want to tell her that I don’t ever want her to come back here again because I hate her.