Becoming Cascadian: The Intersection of Bioregionalism and Poetics

Paul E. Nelson serves as founding director of Seattle Poetics LAB (SPLAB) and the Cascadia Poetry Festival. He is the author of American Sentences (Apprentice House, 2015), A Time Before Slaughter (Apprentice House, 2010), and Organic in Cascadia: A Sequence of Energies (Lumme Editions, 2013), and coeditor of the anthologies Make It True: Poetry From Cascadia (Leaf Press, 2015) and 56 Days of August: Poetry Postcards (Five Oaks Press, 2017). Nelson has been engaged in a twenty-year bioregional cultural investigation of Cascadia. 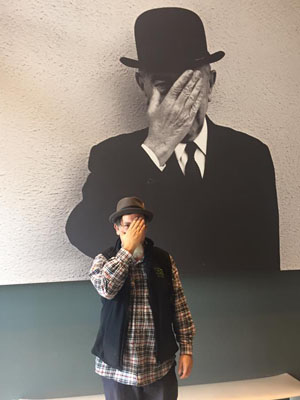 Becoming Cascadian was a retreat in Seattle’s diverse Rainier Beach neighborhood—an outgrowth of Seattle Poetics LAB’s Cascadia Poetry Festival. While the festivals are exciting, it takes a great deal of resources to present such an event. The SPLAB Board decided that while we look for funding to continue the festival, it would be good to work on a more intimate level. Becoming Cascadian allowed participants to go deeper into their own writing practices and experiences of place.

There were free public events: a Zen Meditation session at the Seattle University Ecosangha; “The Practice of Outside,” a presentation with P&W–supported writer Andrew Schelling; a tour of Kubota Garden with Seattle University philosophy professor Jason Wirth; and a closing reading at Seattle’s all-poetry bookstore Open Books. In between the public events were breakout sessions offered by participants.

One session was on cultural appropriation. It’s a hot topic in Canada now, as Cascadia includes all of British Columbia west of the Continental Divide. The treatment of First Nations people, as they are called in Canada, is reprehensible, and there’s a lot of anger regarding writers monetizing indigenous culture. Adelia MacWilliam from Cumberland, B.C. led this session.

The Kubota Garden tour, led by Wirth, explored the historic spiritual nature of the garden, the life of Fujitaro Kubota, and the Japanese American history in the neighborhood, including the internment of Japanese American citizens during World War II, an event with eerie similarities to current American xenophobia.

Mark Gonnerman’s session was “Living in Place With Peter Berg and Gary Snyder in Mind.” Snyder has written that, “real people stay put,” which in North America is “a new thing!” Snyder recommends making five hundred year plans and not the ethos of the old bumper sticker that said: “Earth First: Then We Log the Other Planets.” Gonnerman put things into perspective saying we humans are the first species in history “that can prevent their own extinction.” 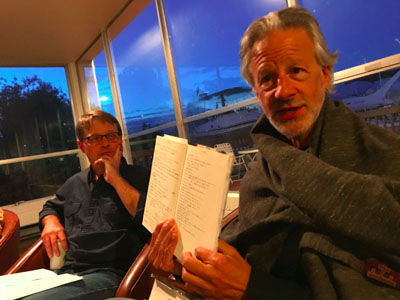 Schelling’s keynote talk was for “poets and bioregional visionaries,” suggesting we go outdoors and learn something of our bioregion. He contrasted his Southern Rocky Mountain bioregion and Cascadia, noting the difference between the wet, logged, maritime Puget Sound region, and his dry high country. He discussed respective medicine powers the bioregions share, and noted how the Douglas Firs in the high country are puny compared to those in Cascadia. He ended with a story. What may not be well-known about Schelling is that, perhaps through his multi-decade study of Jaime de Angulo, he’s become a master storyteller. After the festival he said:

“To redefine our lives and the places we live by bioregion, rather than by political boundaries, is not the work of a single morning. It will require small cadres of committed people who become nature literate, write instructive poems and essays, and gradually make sense to their neighbors. This program, Becoming Cascadia, was one node in a larger effort that has been developing…. Concluding with poetry gave ceremonial fragrance.” 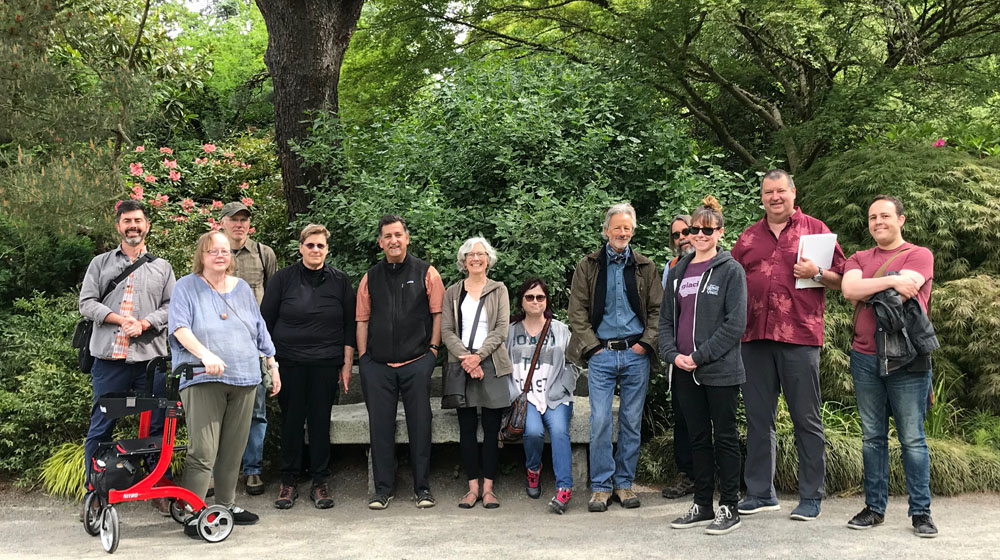 Support for Readings & Workshops in Seattle is provided by an endowment established with generous contributions from the Poets & Writers Board of Directors and others. Additional support comes from the Friends of Poets & Writers.