Jesse Bliss is a playwright, director, producer, poet, actress, veteran educator, and curriculum writer. She is the founder and creative director of the Roots and Wings Project, a theater company with a mission to provide a stage and space for voices of the unnamed, unknown, and misunderstood. The Roots and Wings Project is a recipient of a Cultural Pathways Grant from the California Arts Council and has received support from Poets & Writers for its prison programs. Bliss also produces Think Outside the Cage on KPFK 90.7 FM, a radio show voicing truth about mass incarceration, and was featured in Look What She Did!, a documentary directed by Julie Hébert. 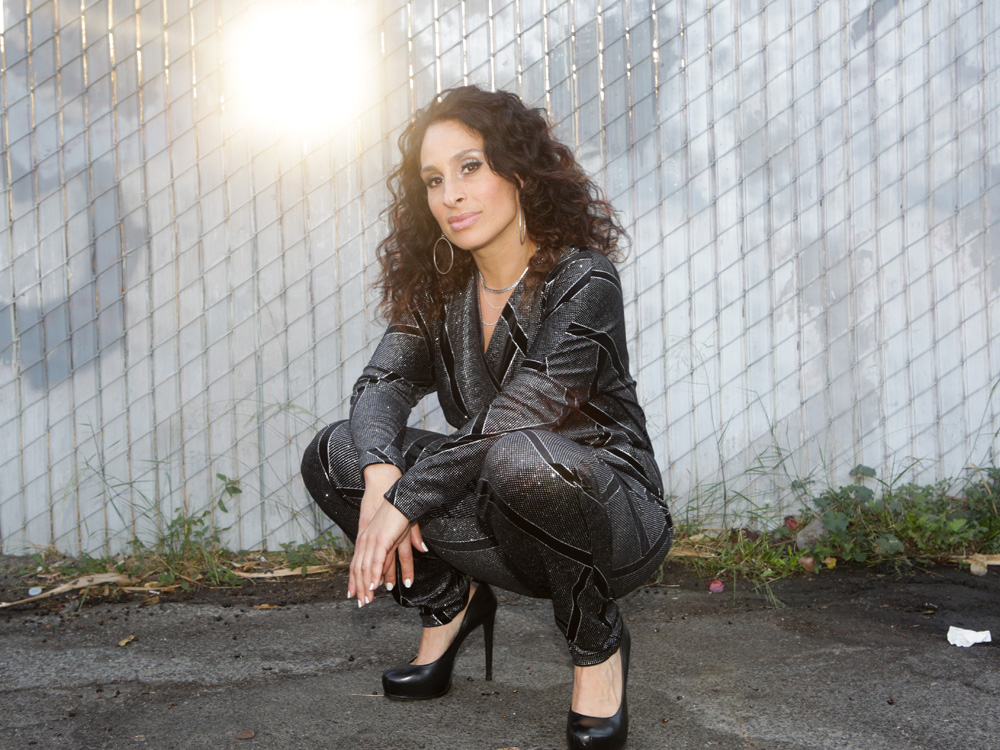 The very energy of prison is punitive, designed to drive love out. Perhaps this is why implementing the Roots and Wings Project’s ASCENSION, a P&W–supported theater and writing pilot workshop series at the California State Prison in Lancaster, a men’s prison, and the California Institution for Women, a women’s state prison in Chino, was nearly impossible.

Days and weeks of e-mail requests turned into months. Finally, the workshops were approved. On my first trip out to the prison in Lancaster, where the wind never stops blowing on the exaggeratedly long sidewalk stretches to the entrance, the facility said no to the first workshop session. There was no getting in to speak to anyone after a two-hour drive. On the second visit, it took me two hours to finally enter into A Yard and meet the inmates.

Once I was in, participants at both penitentiaries wrote from the very depths of their souls. Their stories brought to light experiences most could never imagine surviving, and exposed truths about how people are led to incarceration and kept captive with draconian sentencing.

Some of the participants have life without parole sentences. One student went into the prison system at eighteen, three days following his high school graduation. He’s been incarcerated for two decades, and in those years has developed a friendship with his victim’s wife—a friendship she initiated. He writes: “She saw beyond the cold written record of my past into the present, to the core of who I really am.”

Another participant was sixteen months away from her release from prison when she was given a life sentence for a domestic violence charge. Many of the women express that they were put in prison for defending themselves against abusive men. I don’t ask, but if they share about their case in our writing workshops, I lovingly listen. Anna, a workshop participant, writes: “WOMAN. To be strong yet assumed weak, to work and love harder, yet be given less—less pay, less honor, less respect—for our weakness is our strength, our tears our freedom, to feel, to be: humanity in a world of insanity.”

One of our students grew up in a home where both his parents were drug users and dealers. The house was always getting shot up. His diaper was perpetually full. He grew to become what he knew and, while addicted to drugs, murdered someone over a twenty-dollar debt. He is one of the greatest keepers of peace I’ve ever known and a passionate advocate for helping others to transform and heal despite unthinkable intergenerational trauma. He often recites Shakespeare by heart.

Another student played one of the most stunning reggae songs on the guitar that I’ve ever heard called “Beautiful Day.” How, in there, does a human being author that song? He also eloquently writes: “Prison beds are expanding instead of consciousness.... You’ll see one electric fence with prisoners on both sides of it, society is on lockdown and they don’t even know it, out of necessity prisoners become poets.”

We culminated the workshops with powerful readings described in a student’s letter this way: “Soon, the room was bristling with hope and with stories of our children, our mothers, our wives, our communities, even our freedom. And when we returned to the dark confines of our cells, we brought with us a deeper, brighter, lingering purpose in our lives.”

We laughed. We cried. We read. We talked. We listened. We loved, all in the spirit of one of our writer’s words: “By finding the courage to speak up!”

With support from Poets & Writers, and in partnership with Unlock Tomorrow and Tia Chucha’s Centro Cultural and Bookstore, the Roots & Wings Project will hold a second series of workshops this fall at the California Institution for Women.

Bryan Roessel is a poet, event organizer, and science teacher in New York State’s Lower Hudson Valley and started the Rockland Poets reading series with a couple of friends in order to bring poetry events to Suffern, New York. Roessel believes strongly in the power of art to expose new perspectives and ideas, and writes about science, relationships, and depression. 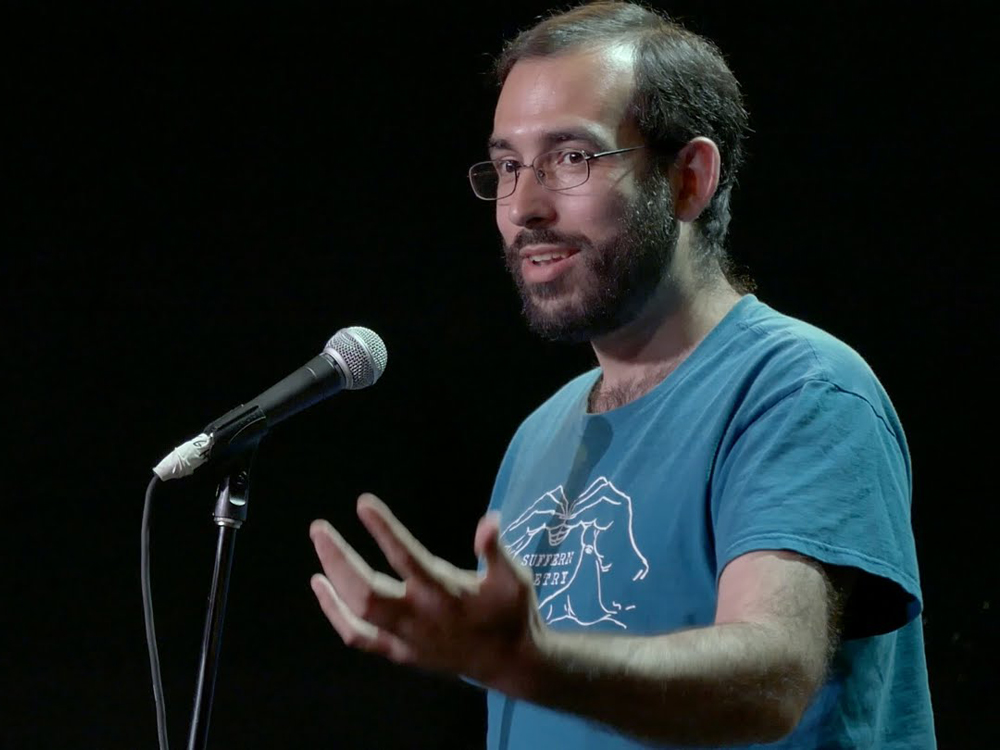 Rockland Poets, formerly known as Suffern Poetry, has been hosting monthly poetry open mics and slams in the Lower Hudson Valley’s Rockland County since 2011. We’re a pretty small organization, currently run by seven volunteers, all of whom are residents of Rockland County or northern New Jersey. We run our events because art and community are vital. Poetry is an accessible art form in that you don’t need any special training or tools to create poems or to appreciate them. In the spirit of that accessibility, all of our events are open to the public and almost all incorporate open mics, where anyone can sign up to share their work. The grants we’ve received through Poets & Writers over the years have been of great importance to keep these events open and running.

The funding has allowed us to keep admission costs low for attendees, and to bring in diverse poets from all over North America to read. Typically, a featured reader will do a half-hour set before the open mic portion of the event, and we’ve invited established poets such as Billy Tuggle from Chicago and Chris August from Baltimore. To help emerging poets grow as writers, we welcome them to discuss their craft and influences at the end of their sets. In addition to these events, we’ve hosted outstanding creative writing workshops, such as a generative workshop led by Salt Lake City poet RJ Walker, and a performance and choreography workshop led by New York City poet Anthony McPherson.

The community response has been positive and supportive. We’ve started using a computer-based sign-in system at the door to track attendance, and over one hundred and fifty people have attended our events in the past year. Almost half have returned at least once, which signals to me that we’re doing something right. A few of our teen audience members have told us that they find our series really valuable and are grateful it exists. The feedback we’ve received emphasize the “warm environment” and “accepting atmosphere,” as well as the “great writers” that share their work at our events, which helps fuel us as we plan for future events.

This October, we’re hosting the sixth annual Empire State Poetry Slam, a statewide team-based slam tournament held in a different city in New York each fall. We are also considering a collaboration with other local literary organizations to create and host an annual literary or poetry festival. The future of Rockland Poets lies in continuing to gather community support for our organization and events, and to adapt to the needs of our local community and the writers we support. We hope to continue that work for many years to come.

Judith Prest is a poet, photographer, mixed media artist, and creativity coach. Her poems have been published in Mad Poets Review, Chronogram, Akros Review, The Muse: An International Journal of Poetry, Earth’s Daughters, Up the River, Upstream, Writers Resist, and in six anthologies. Prest spent twenty-six years as a school social worker and prevention trainer before retiring in 2009. She currently works part-time facilitating recovery writing and expressive art groups with adults in day treatment for addiction. She lives in Duanesburg, New York with her husband and three cats. 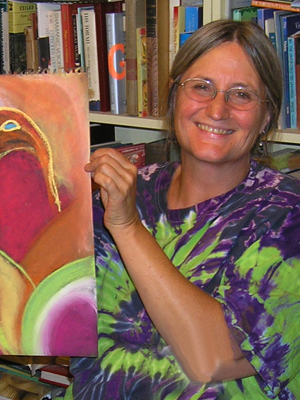 Anyone who has survived more than a decade or two on this planet has stories to tell. Often, however, people who struggle with addiction have not had the opportunity to sit down and write their stories, not even for themselves. For the clients I have worked with in recovery, any available energy they have is directed at surviving challenging life circumstances. Some have been incarcerated, and when the prison doors open, they land in a halfway house or in day treatment for addiction. Then suddenly, there is time and room to reflect on experiences, to tell the stories that need to be told.

I wrote poetry through my college years, then I got derailed by life. I started writing again about twenty years ago and have had my work published in literary journals and anthologies. Soon after my return to writing, I began to incorporate poetry and expressive arts into my social work practice. I now work as a creativity coach and workshop leader, along with my part-time work at New Choices Recovery Center in Schenectady, New York.

I believe that writing, particularly poetry, is a powerful tool for healing and growth. Creative writing can be a great recovery strategy. Getting our experiences, questions, and feelings onto the page, allows us to see what’s there, and work with it.

At New Choices, I have been leading recovery writing groups for over ten years. When we can, we like to bring in someone new who can offer a fresh approach. This is where John Fox, director of the Institute for Poetic Medicine (IPM) in Palo Alto, California comes in. John travels widely around the world and across the United States to bring “poetic medicine” to hospitals, retreat centers, community programs and, in this case, to New Choices Recovery Center.

John facilitates two ninety-minute group sessions with New Choices clients. Using poetry, he invites participants to access their creative side and respond with their own poems. This program adds to the poetry and creative writing already experienced at New Choices. We have had poetry open mic events, published four books of writing by our clients (two books were published with help from IPM), and some clients participate regularly in recovery writing groups.

This special poetic medicine program allows all clients at or in the program to experience one of John’s poetry immersion workshops. Even clients who do not read or write have been able to create poetry in John’s sessions, with me as their scribe. He has a way of helping poetry “sneak up” on people. Often, folks who never imagined writing anything will write a poem and find the courage to read it out loud to the group.

John and I are dedicated to bringing the healing power of poetry to folks who have struggled with other aspects of life. We want to continue to help people experience the elation of creating and sharing poetry. Thank you to Poets & Writers for making it possible for John to work his “poetic medicine magic” at New Choices again this summer!