Nordette N. Adams received an MFA in poetry from the University of New Orleans. Her poetry has appeared in Rattle’s Poets Respond series, Unlikely Stories Mark V, Quaint Magazine, About Place Journal, Nasty Women Poets: An Unapologetic Anthology of Subversive Verse, and included in social justice curricula. Her essays have been referenced in multiple books and journals and media outlets including HuffPost, Pajiba, SheKnows, NOLA.com, Slate, Vox, and the Washington Post. 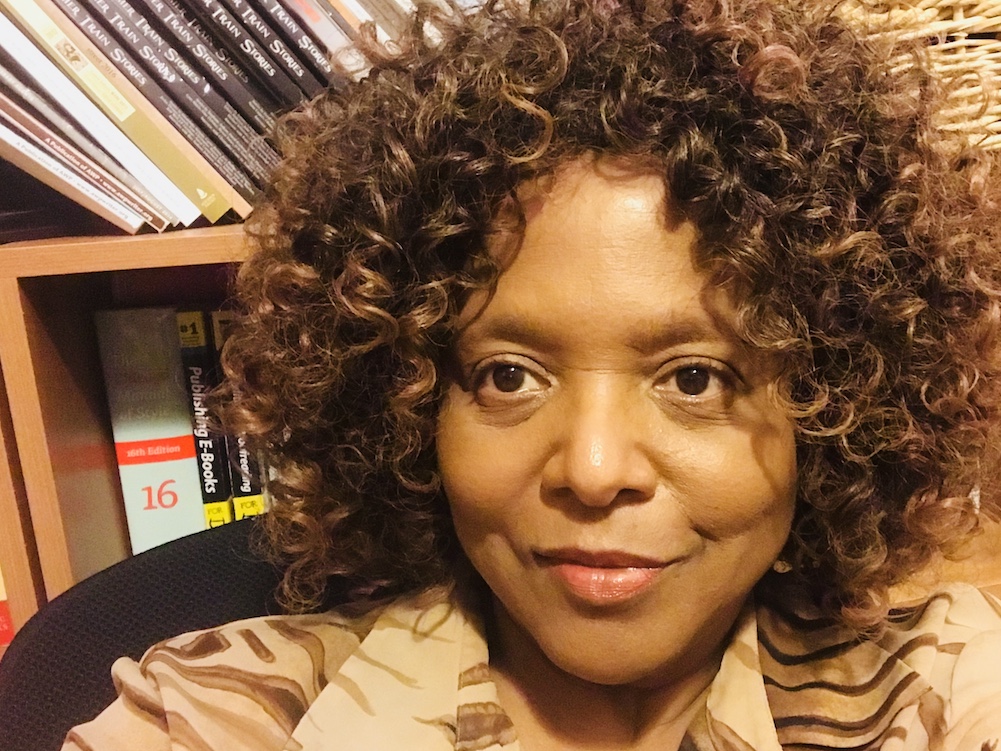 Ms. Lodonia, a white-haired senior citizen, recites from memory a poem written by her mother. Ms. Charlotte comes with verses of a Halloween poem she’s penned and a meditation on her visit to India. Ms. Mary, Mr. Lloyd, and Ms. Quencell listen to lines of a ballad. Their faces brighten as they recall their youth, and Mr. Francis, who is blind, weighs every line, every lyric he hears. When he adeptly analyzes a verse, other workshop members nod in agreement. These were the participants who sat in my Friday workshop series last October and November at the Kinship Senior Center in New Orleans—most past seventy—some struggling to recapture memories, others with memories sharp as crystal.

My goal with the workshop series, sponsored by Poets & Writers, was to engage seniors with poems I believed they could access and explore. Too often people are afraid to discuss poems much less attempt to write them, so I opened the series with a bit of fun, a type of Name That Tune music game with selections from decades the seniors were likely to remember. I told them that song lyrics are the kissing cousin of poetry. After hearing part of a song, the seniors named it and at least one artist who had covered the song. The first person to answer scored a point. Three songs later, they discerned what the songs had in common and guessed, based on the song selections, the subjects of the poems we discussed that day. 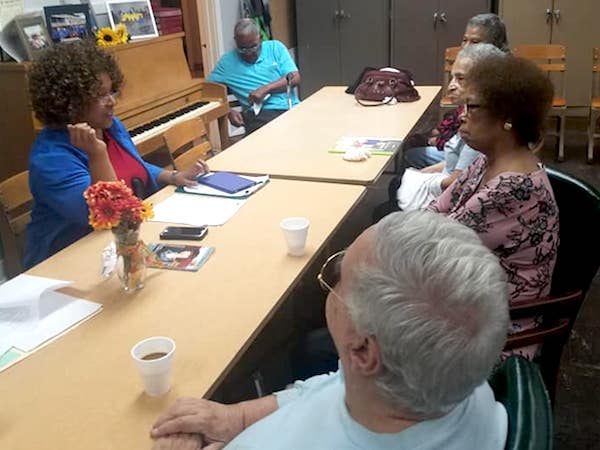 The first week, songs were narratives about fathers, the next week mothers, and by the last week, songs of political protest. Often, after a few bars, one or two seniors would start singing along, sometimes with great gusto which led to laughter and the sharing of life stories. Then I would introduce them to poems with the same themes as the song selections by both well-known and locally-known poets. Participants might observe a poem’s form or lack of form. Did they hear rhyme or feel a rhythm? What was the speaker’s attitude toward the subject, and did the poem move them? Seniors offered profound insight into darker poems as well as witty takes on lighter poems. I asked them to write a few lines of their own on the theme of the day or to try writing something in a similar style, blues for example.

I hoped to plant a seed, to help them remember a former love of verse, or to discover a new love. I believe the workshop series succeeded in sparking an appreciation for poetry in its different shades and colors. The seniors were grateful for the sessions, and I am grateful to Poets & Writers for making the workshops possible for them, and for me.

Support for the Readings & Workshops Program in New Orleans is provided, in part, by a grant from the Hearst Foundations. Additional support comes from an endowment established with generous contributions from the Poets & Writers Board of Directors and others, and from the Friends of Poets & Writers.