Jamie Moore is the author of the novella, Our Small Faces (ELJ Publications, 2013). Her work has been published in magazines including TAYO Literary Magazine and the Nervous Breakdown. She is a professor at College of the Sequoias in Visalia, California, and executive director of the Watchale Workshop.

California’s Central Valley has a surprisingly rich literary history, and the Watchale Workshop team has learned a few things about our literary community. Firstly, it is a community centered around Fresno, the city hub of the Central Valley and location of the nearest MFA program, which makes many of the literary events inaccessible to community members in the south part of the region, particularly writing students at the College of the Sequoias, where I teach. Secondly, many events are focused on a single genre—poetry—perhaps as a result of the success of poets from the area. Lastly, and of greatest concern to us, many literary events are focused on and organized by men. Knowing the rich diversity of writers in our area, the Watchale Workshop aimed to showcase what more the Central Valley has to offer with our inaugural day-long event full of workshops and lectures that took place on April 6 at the College of the Sequoias.

The idea for Watchale started as a conversation between fellow writers over coffee. The four of us at Watchale were brought together by a desire to create opportunities for writers like us: POC, queer, emerging. After recruiting a student team in September 2018, Watchale was conceptualized, the name derived from Sandra Cisneros’s poem “Loose Woman.” We wanted to make a statement: Watch out! We’re coming for you! We’ve been here! We’re ready to be heard!

With our mission statement in mind—to create an alternative narrative of our literary community—we carefully curated a lineup of writers that put women and queer voices at the center of our literary conversation. We invited women writers who not only had Central Valley connections, but those we knew would help us create a space for our student writers to be included in the larger literary community. I wanted Watchale to complement the women-centered literary groups already doing work in Fresno, such as Fresno Women Read and Women Writers of Color Central Valley. This was our festival to shine.

And shine we did. In the morning, generative workshops in several genres led by P&W–supported writers Ife-Chudeni Oputa, Monique Quintana, and Wendy C. Ortiz encouraged participants to pick up their pens and get writing. Oputa’s workshop focused on the theme of “Ownership,” asking emerging poets to consider the duality of ownership, and what we owe to ourselves and our communities.

After a rousing reading with Sara Borjas and Wendy C. Ortiz, participants gathered for craft lectures on topics like community organizing, freedom and futurity, scene writing, poetry structure, and self-publishing. The evening reading celebrated both our student readers from the College of the Sequoias Quill Creative Writing Club and our featured writers of the workshop.

Students and community members were invigorated by a literary space that felt like us, of us, for us. I deeply believe we served that purpose and thus, Watchale became the literary event of my dreams. Watchale is a love letter to the Central Valley and to the writers who’ve been missing from the narrative thus far. We’re here now. 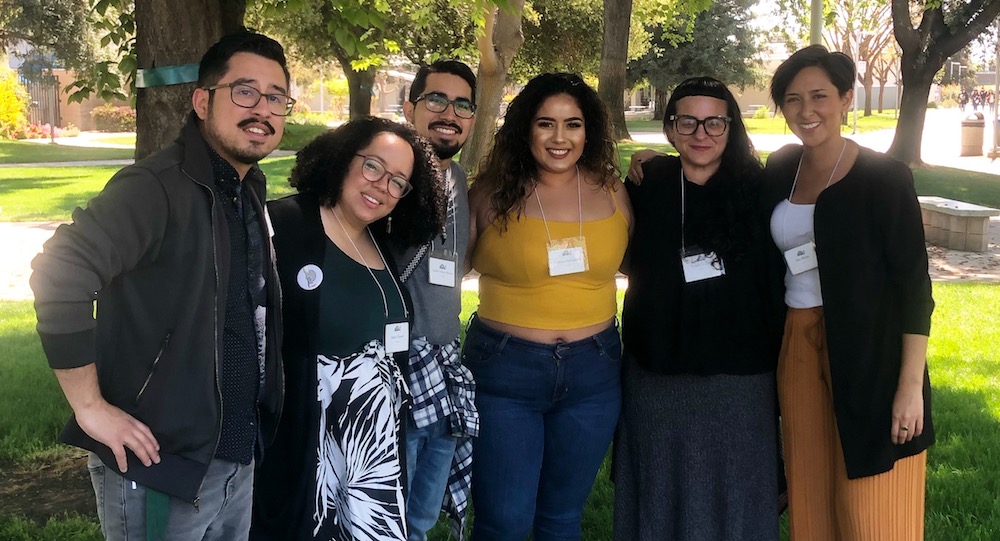