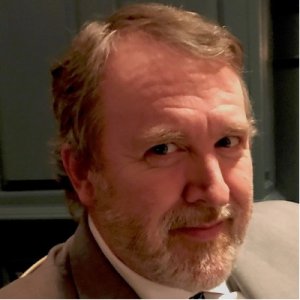 I'm married to a wonderful wife and we have one cat. We're living near Gettysburg, but pondering what would probably be my 35th move. Our last move (not long ago) was a disaster, so I've just recently been getting around to opening dozens of huge long sealed boxes full of books, contributor copies, letters, postcards, zines, ancient uncashed royalty checks, fan mail, reviews I don't remember while not finding the ones I do -- and I'm having to translate reviews of my books from Finnish, German and Chinese into English! I've also discovered bits and pieces of contracts, manuscripts, and evidence of books I literally don't recall putting together some 25-30 years ago, some of which apparently exist as I've found a few mentioned via WorldCat, etc. It's been a surreal experience, but sort of like a time capsule, which I always thought would be cool.

Gives readings:
No
Travels for readings:
No
Identifies as:
Norwegian American
Fluent in:
English
Born in:
Beverly, MA
Massachusetts
Raised in:
Knoxville, TN
Tennessee
Please note: All information in the Directory is provided by the listed writers or their representatives.
Last update: Jan 14, 2022
X