When Soul and Poetry Meet, A Revue Takes Place

Cynthia Manick is the author of Blue Hallelujahs (Black Lawrence Press, 2016). A Pushcart Prize nominee with an MFA in creative writing from the New School, she has received fellowships from Cave Canem, the Callaloo Creative Writing Workshop, Hedgebrook, Poets House, and the Vermont Studio Center. She serves as East Coast Editor of Jamii Publishing and is founder and curator of the reading series Soul Sister Revue. Her work has appeared in the Academy of American Poets’ Poem-a-Day series, African American Review, Bone Bouquet, Callaloo, Muzzle Magazine, Tidal Basin, the Wall Street Journal, and elsewhere. She currently resides in Brooklyn. 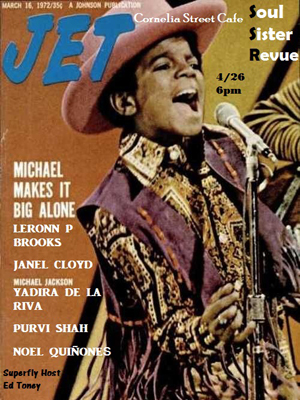 At the end of 2013, I wanted a change. I had been going to traditional poetry readings for years and they all felt the same—the same writers and their friends, people with an MFA reading with similar graduates, or people with published books. And more troubling, I didn’t see people who looked like me, on stage or in the audience. People of color were hard to find and when I did find them, there was usually only one on stage with a couple of their friends in the audience for support. Fortunately, I’ve never been the kind of person to wait for things to happen, so I created Soul Sister Revue.

Revue is such a strange name, but it reminded me of vaudeville acts, Motown singers performing together, and theatrical sketches of the 1960s and 1970s that told a story. Soul music and poetry go hand in hand, and when you add the African American oral tradition of storytelling, a revue takes place. People put down their phones, and focus on readers of all ages, gender, and race, as they tell their story through poetry. The first reading took place in April 2014 with Hettie Jones (author of Drive and How I Became Hettie Jones), Evie Shockley (author of a half-red sea and the new black), JP Howard, and me, with T’ai Freedom Ford as host. I had positive experiences with poetry residencies and workshops, so I asked people I admired and they responded. I also set a precedent of established writers (Hettie and Evie) reading on stage with emerging writers (JP and I). To gain interest and connect the Revue to music, I advertised using remastered covers of Jet, Blues and Soul, and Ebony; a practice that still continues.

Old-fashioned revues came and went like rent parties or pop-up shows, so Soul Sister follows that trend by performing four times a year, one show per season. Each show asks, “What is soul?” Recent audience member Terrance Hayes (author of Lighthead and How to Be Drawn) yelled out, “James Brown!” Others answered, “a feeling,” “music in the veins,” and “connection to the universe.” The answers lay in all of that and in poetry. Soul Sister has read at the NYC Poetry Festival, the HiFi Bar, and with the help of a Poets & Writers’ grant, it goes back to Cornelia Street Cafè every year. 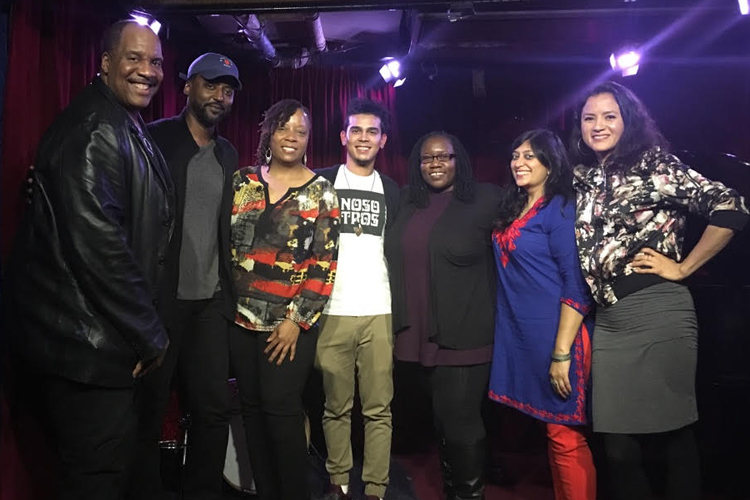 Readers have included Pulitzer Prize–winning poet Gregory Pardlo, Cathy Linh Che, R. Erica Doyle, Ebony Noelle Golden, Charlene McClure, Hanif Willis-Abdurraqib, Elana Bell, and Kamilah Aisha Moon. Some poets e-mail poems to soulsisterrevue@gmail.com and others I find through readings across the city, small online journals, poet recommendations, and if I see an audience member that connects to the work, I’ll put them on the list. At the end of the night, I tell the audience that their story has yet to be written, so go out and write a poem. I like to believe that the soul helps them listen.