Peter Longofono and Katie Longofono are siblings and poets living and working in Brooklyn. Together and separately, they have curated, produced, and hosted a number of salons, magazines, festivals, and reading series, including Coldfront magazine, Washington Square Review, the AmpLit Fest, the SLC Poetry Festival, the Dead Rabbits reading series, the Graduate Poets Series at Cornelia Street Café, and WEIRDD, their latest and greatest endeavor to date. 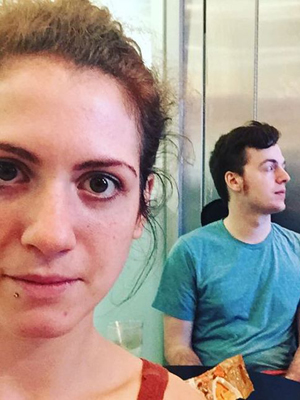 When we set out to build WEIRDD, our monthly poetry reading series held at Books Are Magic in Brooklyn, we had a few apophatic rules of thumb. No flimsy introductions. No parched mouths. No inhospitable (and inexplicable) non-hosting. No regurgitated blurbs. We knew exactly what we wanted to avoid, having been through that wringer, and though our first season hasn’t been without its bumps, on the whole we feel the series has found its early footing in a well-ordered sensibility.

Perhaps most critically, we are against the poet’s empty pocket. From the beginning, we’ve committed to remuneration, modest as it might be, from our own pockets if necessary—as was the case with our first readers. And given the state of poetry literacy, we’d have been wrong to charge for admission (and turned away from most venues, at that). So we sought with humility for sponsorship, and we’re grateful in turn to acknowledge Poets & Writers for stepping in to do the right thing. Poems are work—great and necessary work—and to support the art (without purchasing it!), pay is a necessary gesture.

What sort of poetry are we supporting, then? Who do we read closely, and who are we able to invite? Again, we can invoke negation to learn the field: 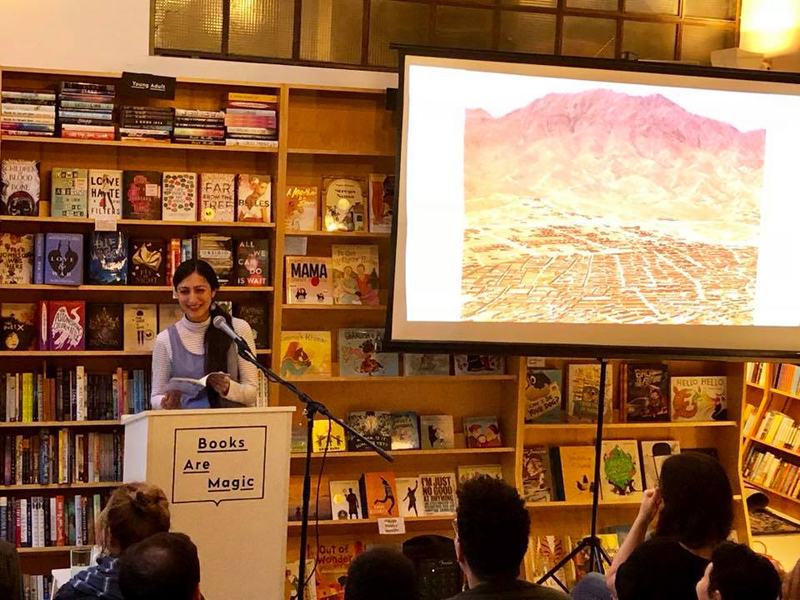 We’ve understood these contrapuntally with brief lectures on everything from the socio-emotional matrix of Final Fantasy VI (Hubert Vigilla) to the life and times of nineteenth-century black politicians (Jordan C. Vaughn) to a working sketch on neuroplasticity and bioprecarity (Lynne DeSilva-Johnson). And that’s just thus far.

WEIRDD celebrates our devastatingly talented writers and underrepresented voices with real, rigorous, resourced attention. We surprise them with exacting, sonically attuned presentations of their work, simultaneously equipping the audience with an articulate inroad to the work and explicitly disavowing the glazed eye, smirking head-pat, or greasy backslap. This, at last, we can define with a YES: to real community, loving reverence, and untamable empathy.