Dora Palacios, a Latina poet born in Queens, New York, in 1999, has been writing since the seventh grade. Her drive to keep writing was inspired by her English teachers throughout high school. After graduating high school, Dora joined the Youth Leadership Board at Urban Word NYC. She aspires to become a better writer with the help of her mentors and people who surround her. 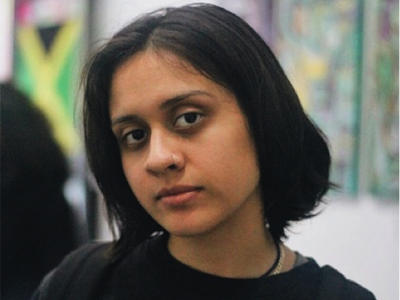 The Youth Leadership Board (YB) at Urban Word NYC focuses on bringing together young creative artists to express themselves and, through their work, send social, political, and personal messages into New York City’s communities. Urban Word NYC has received funding from the Readings & Workshops program since 2005, and our program director Shanelle Gabriel was interested in exposing the youth board to literary organizations in New York City. On August 15, the youth board met with some of the staff at Poets & Writers, including Readings & Workshops (East) director Bonnie Rose Marcus, Readings & Workshops (East) program assistant Ricardo Hernandez, Poets & Writers Magazine senior editor Melissa Faliveno, and senior online editor Jessica Kashiwabara.

The youth board had many questions that probably every writer has, but in particular we wanted to know: “How can I get my work published?” We learned that Poets & Writers, in addition to funding writers who participate in literary readings and conduct workshops through its Readings & Workshops program, has many resources for writers who are just beginning, as well seasoned and professional writers. The magazine’s July/August 2017 issue includes a special section on literary agents who are seeking writers and eager to read new work. Included in every issue, and on the website, is information about contests and awards with upcoming deadlines. Poets & Writers Magazine and pw.org will be your best friend when looking for resources!

After meeting with the staff at Poets & Writers, a few of us YB members were talking about publishers and publishing. We came to the conclusion that it is really worthwhile to submit your work to journals and contests. It can boost your mood, whether you receive feedback or not, and will get your work out to the public. It also motivates you to keep writing and attend workshops. If you ask me, trying to get your poem published in a magazine is just a step closer to winning first place!

As a young poet, I often lose focus and it becomes arduous to gain that drive back. Seeking motivation in the wrong places, I force myself to come up with a poem that I am not really satisfied with. In reality, the motivation I need is found in my everyday routine—waking up, waiting for the F train to arrive—or how I feel that day. For me, taking one simple action and trying to connect it to the other images around me helps to create a poem, like comparing a melancholy day to the flourishing blue sky.

Poets & Writers has inspired me to keep trying to get my poetry published, no matter how many times I lose my way on the path. Now that I have met with the encouraging staff at Poets & Writers, I don’t think it’ll be as difficult to stay motivated.

Thank you to our youth engagement coordinator Shannon Matesky, and our program director Shanelle Gabriel for reaching out to Poets & Writers. The youth board looks forward to working more with the organization! Thank you for having us! 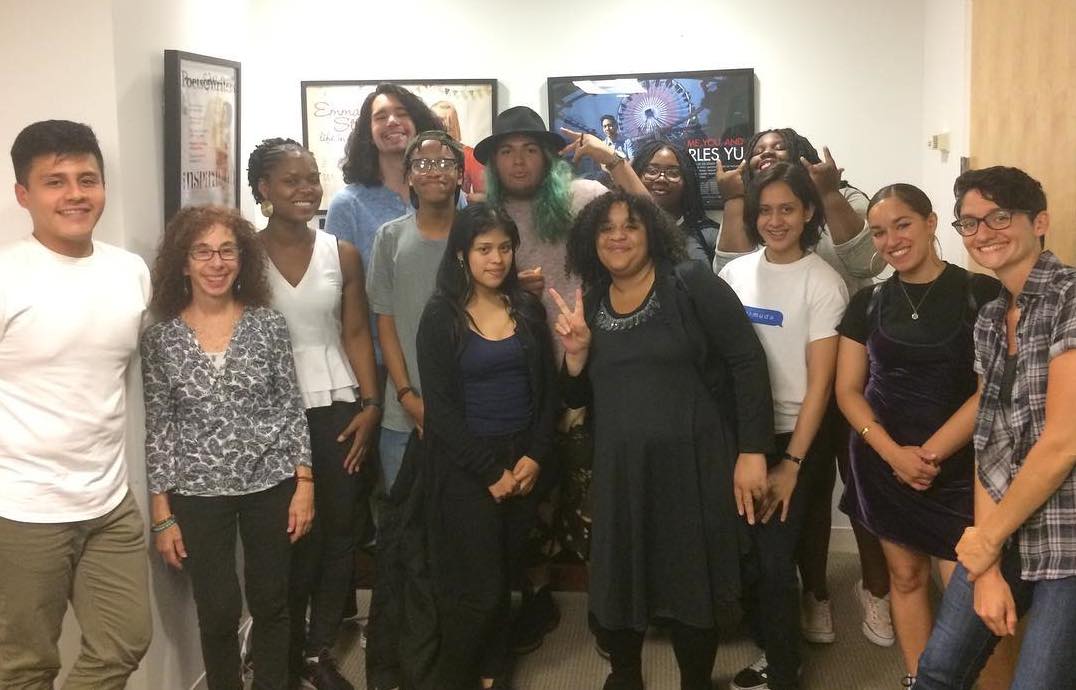