Christopher Soto (aka Loma) is a queer latinx punk poet and prison abolitionist. Originally from Los Angeles, they now live in Brooklyn. Their first chapbook, Sad Girl Poems, is newly released from Sibling Rivalry Press. They have an MFA in poetry from New York University where they studied with Eileen Myles. For more information, visit christophersoto-poet.com.

Following the release of my chapbook, Sad Girl Poems (Sibling Rivalry Press, 2016), I decided to go on a national tour to end queer youth homelessness. Much of my writing in this initial chapbook discusses my personal relationship to domestic violence, gender tourism, housing instability, etc. I wanted to talk to poetry communities and queer youth across the country about these experiences and about producing poetry in the age of mass incarceration. What does it mean to write about queer youth homelessness while over two million people are incarcerated in the U.S.? What is the historical (and literary) relationship between homeless queer youth and mass incarceration? I wanted to talk about my poems and my histories. I wanted to talk about Vanguard, S.T.A.R. (street transvestite action revolutionaries), The Young Lords, Sylvia Rivera, the Nuyorican Poets Movement, June Jordan, Miguel James, and so on. 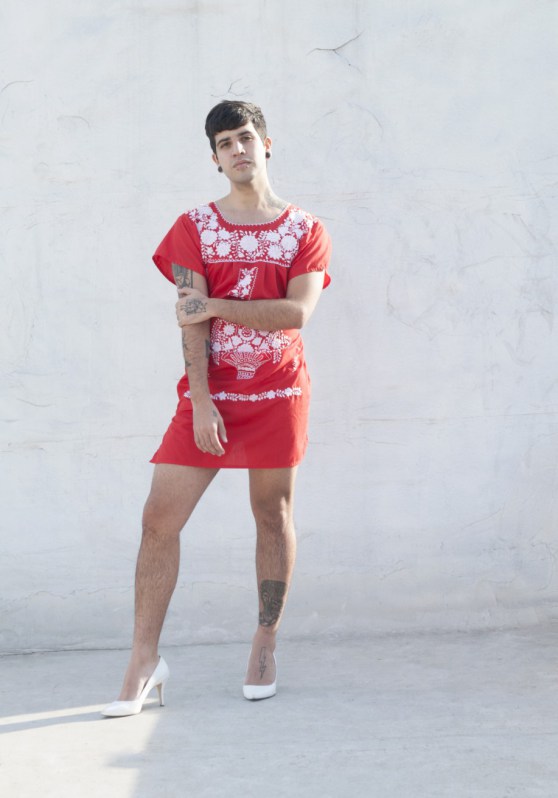 Independently, I was able to book events at a handful of universities and organizations. Yet, I was not able to book and venture to smaller organizations which could not afford my travel, accommodation, and reading fees. Artists need to get paid for their labor. We are the thinkers, feelers, culture producers, visionaries in the county! This is where Poets & Writers comes in. At several of my readings in New York City and Chicago, the hosts applied for (and received funding) from Poets & Writers so that I can come speak to their communities. Thank you Poets & Writers! This funding allows me to travel and speak and be paid for the artistic work that I do. I believe that one of the greatest ways to appreciate an artist is to financially support their lives lived as creative people. Currently, the status quo in many literary communities is to underfund artists. Many organizers believe that artists are getting paid with visibility and recognition. These frameworks are false. When artists are not paid it is classist and exploitative (not a privilege). We need to be able to pay for food and rent and living! I am so thankful to Poets & Writers for the funding that they provide to creative people and literary organizations.

I am so thankful for the opportunity to read at all of the universities that have invited me to speak. I remember growing up, and as a teenager listening to spoken word artists feature their work around Southern California venues (such as A Mic and Dim Lights). I wanted so badly to be invited to speak as a feature for someone. I wanted so badly to share my work with the world. Now, years later, I am doing it. I am speaking and writing and traveling and making money from my poems: these little words thrown across the page. My tour dates will be available on my website christophersoto-poet.com and my creative work is also available online for anyone who wants to take a gander. I guess, I will close by saying this: PAY YOUR ARTISTS / END QUEER YOUTH HOMELESSNESS / DEMAND RESPECT FOR YOUR LIFE AND FOR YOUR WORK / YOU DESERVE IT.

Support for Readings & Workshops in New York City is provided, in part, by public funds from the New York State Council on the Arts, and the New York City Department of Cultural Affairs, with additional support form the Louis & Anne Abrons Fondation, the Axe-Houghton Fondation, the A.K. Starr Charitable Trust and Friends of Poets & Writers, as well as by an endowment established with generous contributions from the Poets & Writers Board of Directors and others.