Harlem has a deep history of jazz, poetry, social movements, and revolutions. Witnessing its boundaries and definitions encroached upon by the movement of time and gentrification, I wanted to create a link to its illustrious past, as well as a roadway to the future, through the arts, to help secure Harlem’s history in the hearts of its people. It was this sentiment that brought together the first successful Jackie Robinson Poetry Day at the Jackie Robinson Park’s bandshell in Central Harlem last fall. This year we aimed to recreate that success with the support of Poets & Writers.

Underground Books collaborated with various writers and artists in the community to make the day possible. Poet and social activist Bob McNeil hosted the day’s events with brilliant effect. His thorough and deliberate baritone—made even more powerful by the resounding acoustic echo of the bandshell—could be heard from streets over as he brought together the audience, performers, and passersby. Maksym Kurganskyy donated his time to film and edit the event.

Children who attended were invited to participate in the Harlem Renaissance Chapbook creation station, sponsored by Underground Books. They had an opportunity to learn how to make their own poetry chapbooks by selecting works from Langston Hughes, Maya Angelou, Paul Laurence Dunbar, Gwendolyn Brooks, Jean Toomer, Countee Cullen, Federico García Lorca, Alice Dunbar Nelson, and many others. These young members of the community were able to walk home with their own personalized book of Harlem Renaissance Poetry.

As the show drew to a close, Bob McNeil brought each performer up to create an original piece of spoken word poetry by knitting together one line from each person based upon the last letter of the person before them, which created a flowing new poem straight from the minds of the performers on stage.

Underground Books looks forward to continuing to broaden and strengthen the vision of Jackie Robinson Poetry Day—to bring the community and help highlight Harlem’s literary past—and contribute to its bright new future with the support of organizations like Poets & Writers. 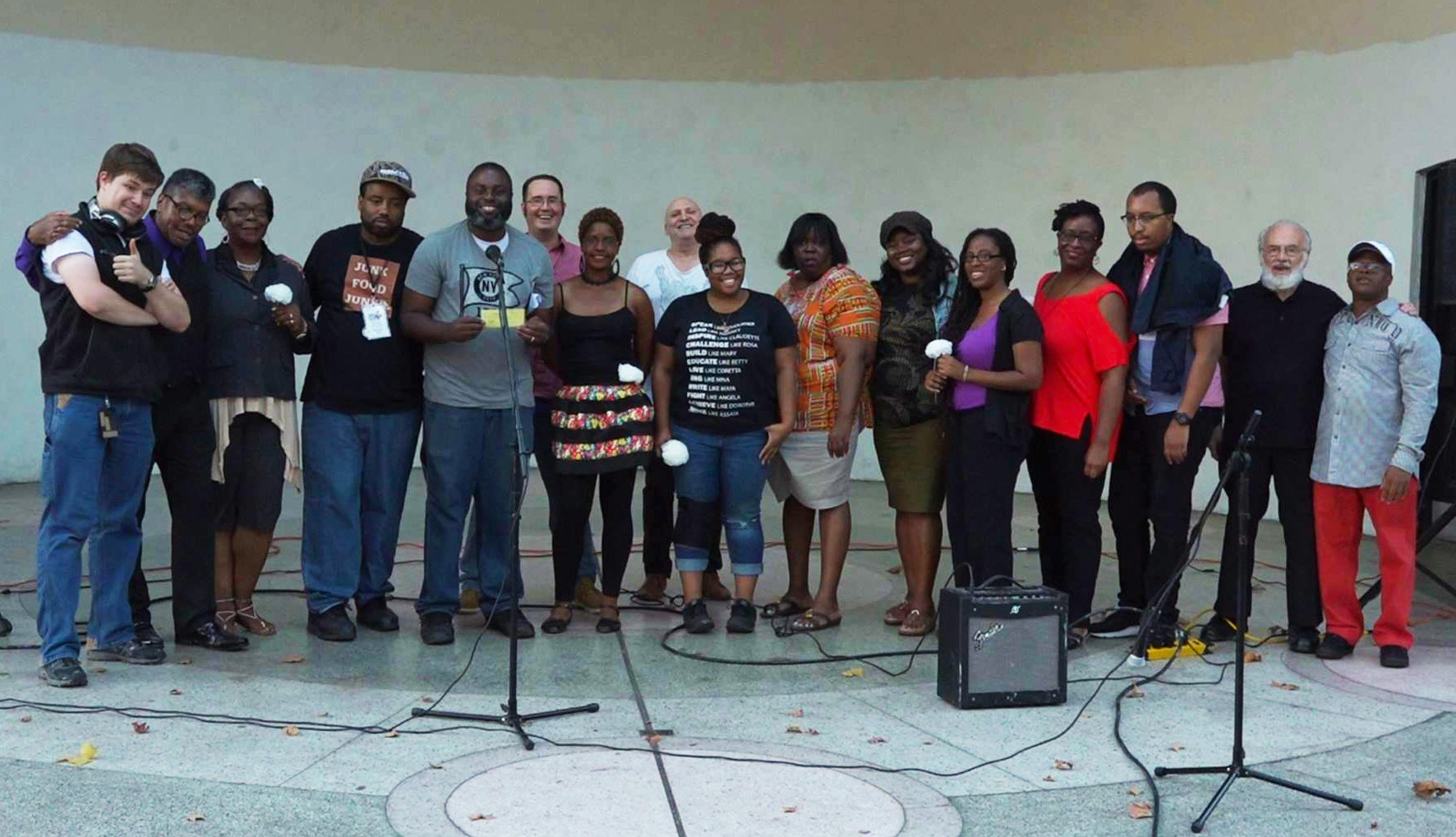