The Power of Teaching and Storytelling: A Workshop for Bangladeshi Seniors

Ashwak Fardoush is a writer and a teacher. She was born in Bangladesh and emigrated to the United States with her family at a young age. Her writing explores issues related to gender and sexuality, trauma, body politics, immigration, and holistic writing practices. She facilitates workshops, coaches, and tutors writers to help them venture into unexplored terrains in their writing. Her work appeared in the Margins. She also has a blog about writing.

When India Home invited me to facilitate a bilingual memoir writing workshop for Bangladeshi seniors this year, I knew that I couldn’t pass up such an incredible teaching opportunity. The participants were a few decades older than me, and the sessions were conducted entirely in Bengali.

The night before each class, I would take out Zahir Raihan’s Borof Gola Nodi (translated as River of Melted Ice): a slim book that had its spine falling apart, pages yellowed from age. I had taken out the same book from my aunt’s bookcase over two decades ago. I remember reading that novel one morning when shadows and light played on the veranda floor of my aunt’s rented house. That was many, many moons ago. I had left Bangladesh twenty years ago only to return back to the country once for a handful of days. During my visit, I found Raihan’s book again in my aunt’s home, this time an apartment where the windows looked out at tall buildings that blocked out the light. When my aunt saw the book in my hand, she smiled and told me I could keep it.

When I prepared for the workshop, the novel stayed by my side. In the evening I was immersed in the world of the characters. It was the training ground for the following morning when I would live inside the world created on the page by the writers who came to my workshop.

For eight weeks, the Bangladeshi seniors and I met every Thursday morning. I could see that time had left marks on their bodies. Slouched back, trembling hands, age spots. Time had left behind stories, too. The participants would lean over their marble notebooks and scribble away to capture these stories. They mapped out their lives on the page, sometimes traveling to far-flung places or going deep within themselves. Sometimes personal stories would unfold against the backdrop of history, desires would run up against societal expectations. The seniors excavated memories from their long, rich, vibrant lives and shaped them into poems and personal essays.

I could see how much the writing workshop meant to the seniors. Salema Khatun said, “I had put away my writing for twenty years. After my husband’s death, I took on the full responsibility of my family. But I have written four poems in your class. Look what you have done for me.”

The workshop not only became the space for the seniors to write their stories but also a site for them to share their testimonies—tales suffused with pain, joy, love, loss, dreams, and despair—and be witnessed with respect and camaraderie.

The workshop was meaningful for me, too. I found myself writing alongside the seniors in Bengali after so many years of not writing in that language. Once, I read aloud what I wrote: about being on a boat and moving through the drying Kopothakho River in Jessore, Bangladesh and watching the boatman pushing aside the water hyacinths with his paddle.

Raihan’s novel still sits by my bedside. That book was the boat that bridged the gap between many worlds—between the participants and me, between Bangladesh and the United States, between the different versions of myself.

Through the writing workshop the participants and I coauthored an experience, a story in itself that soon became part of our life’s narrative. 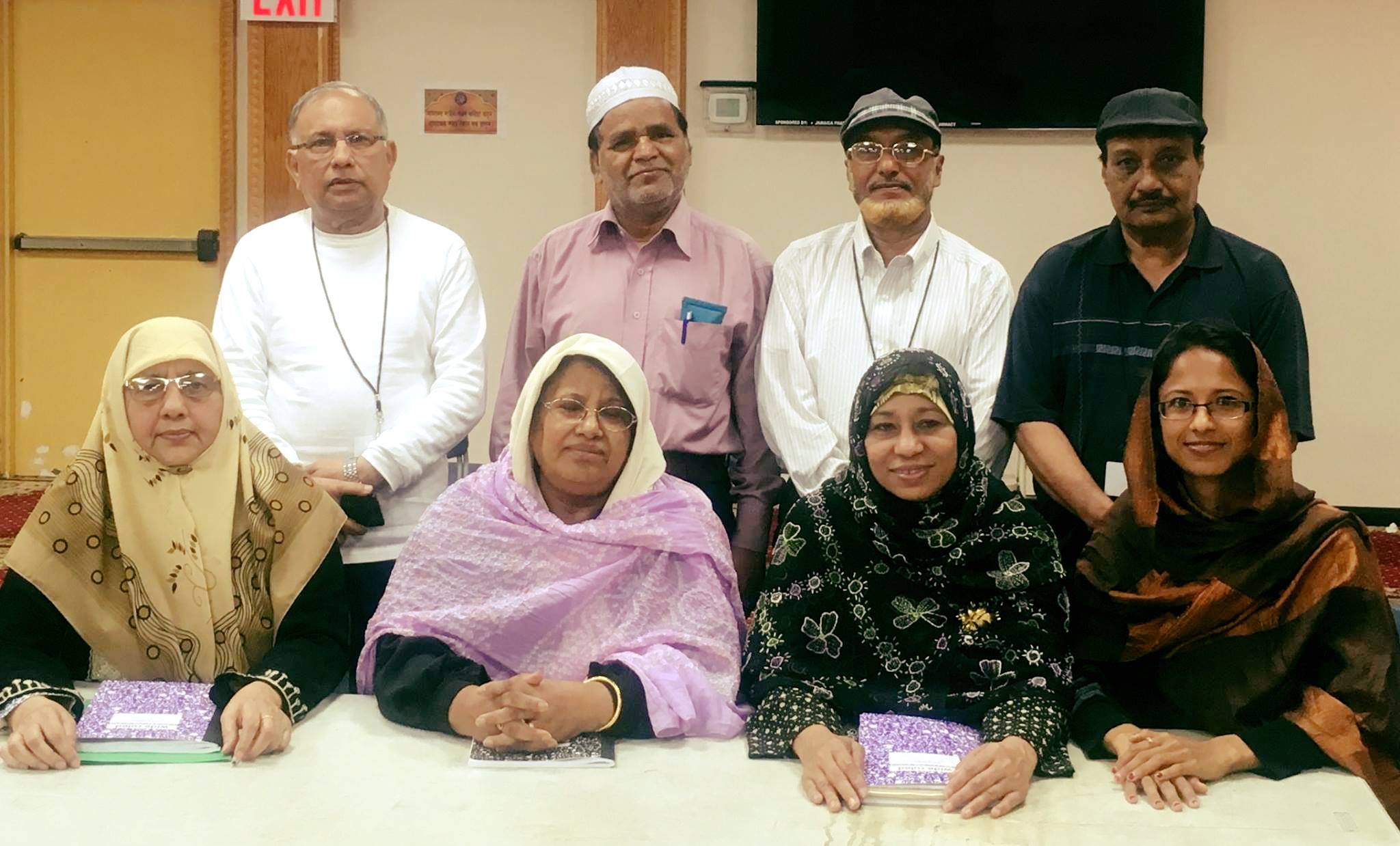