Rochelle Spencer, founder of the AfroSurreal Writers Workshop, which meets monthly in Oakland, writes about the genesis of the workshop and an event with P&W–supported fiction writer Learkana Chong. Spencer’s book AfroSurrealism: The African Diaspora’s Surrealist Fiction is forthcoming from Taylor & Francis in July, and she is the coeditor of the anthology STEAM: Women on the Intersections of Science and Art with Jina Ortiz and Manjula Menon.

We meet monthly and aim to support writers of color creating weird, surreal, or absurdist art, and celebrate all people, including senior citizens, religious and ethnic minorities, people with disabilities, the LGBITQ communities, members of poor and working class neighborhoods, and of course, people of color.

Bay Area writers support each other, and we were encouraged by Gina Goldblatt, director of the Liminal Center, Manjula Menon and Meg Hayertz from the Surreal Women Writers Group, J. K. Fowler’s Nomadic Press, Vernon Keeve III and MK Chavez from the Association of Black and Brown Writers, and the Emergent Strategy (AK Press, 2017) reading group organized by Audrey T. Williams and Aryeh Shell—all of which either came out to our readings or provided space for us to talk and develop ideas. The Bay Area is the kind of place where literary community matters. 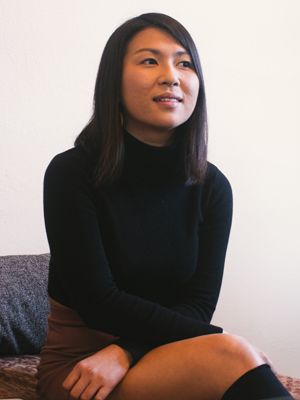 In the spirit of this tradition, with sponsorship from the Poets & Writers’ Readings & Workshops program, the AfroSurreal Writers hosted fiction writer Learkana Chong, along with Dera R. Williams and Shannon Holbrook, for a few hours of writing, AfroSurreal games, and vegetarian soul food last November.

Chong, who has a blog called lampshade on her head, enjoys seeing a live audience respond to her work. “I don’t get to experience that very often as a writer—usually I have to ask someone after I share something online what their thoughts were, and the response isn’t as exciting or visceral. Seeing and hearing people laugh at all the right parts reassured me that my story resonated the way I hoped it would.”

Williams describes sharing her work as empowering: “The reception to my work made me realize that I’m on the right path. I think people are interested in learning about different facets of Oakland and how the past has shaped—and is still shaping—Oakland. Working with the Emergent Strategy group, something came to me, and I decided to reclaim my space in Oakland. I was raised here and came here when I was two years old. This has been my life so I’m reclaiming it.”

In addition to the readings, there was a poem-generating game. “Playing games” recounts Holbrook, a speculative fiction writer who led attendees in the game, “is part of natural human interaction—it’s how we get to know each other from our earliest stage of development. Play is essential. We’re there to support each other creatively.”

“It’s incredibly gratifying to hear feedback from people who tell me they can relate to what I’ve written,” Chong says. “Or that they can vividly picture the narrative as it unfolds, or that the story tugged at their heartstrings or got them to think in some way. It affirms there is a place in the world for my storytelling after all, and that’s one of the best feelings to have as a writer.”