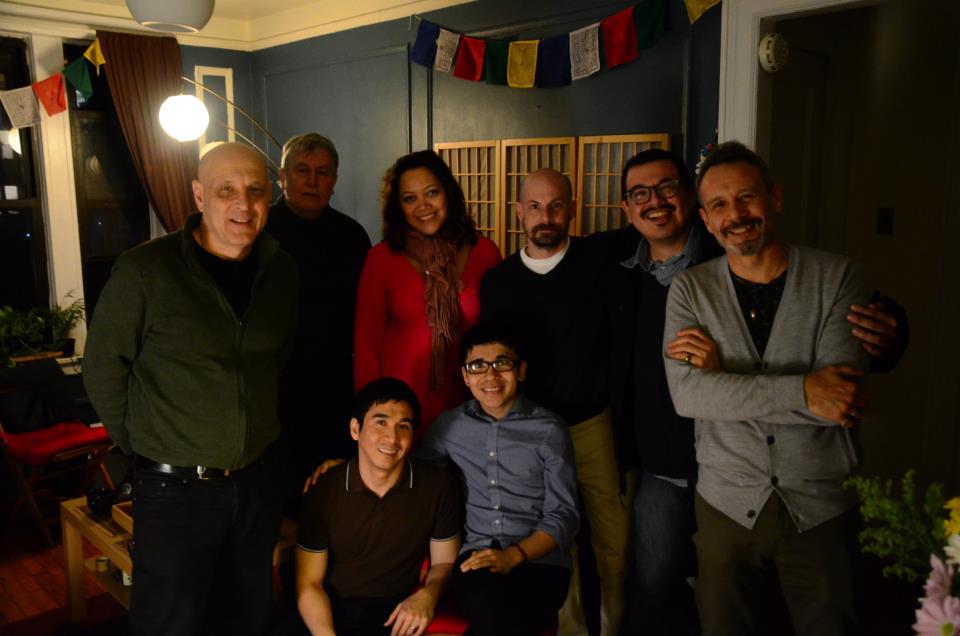 Three years ago I moved to Queens because I fell in love. With a man, who is now my adorable, kind-hearted husband. The only person who could’ve taken me out of Manhattan, where I've resided since moving to New York in the mid-nineties to pursue a creative writing degree at New York University. Just as I had emigrated from Manila where I was born, then left Los Angeles to come to New York, I uprooted myself. You can say I moved because of family, a search for my own. An important part of the move was finding vital communities, creative and otherwise.

Gradually, I’ve found my footing as a poet in Queens, the literary underdog borough, the one noted for being the most ethnically diverse. Take a quick stroll and you’ll hear dozens of languages and you'll discover blocks of Turkish, Korean, Colombian, Irish, Indian, Nepalese, and Filipino establishments, restaurants, and groceries. Local libraries are stocked with books and movies in Hindi, Spanish, Urdu, Arabic, and Mandarin.

Queens is rife with inspiration. My upcoming publication, a chapbook of prose poems, was primarily inspired by the 7 train, which takes me away and returns me home. With its large immigrant population, Queens is a place of transition, fueled by hard work, aspirations and hard knock realness. People are so alive here with their plethora of cultural expressions.

And yet Queens is the forgotten borough. But literature happens here. Here is where Jack Kerouac, Mary Gordon, and even Walt Whitman once lived. Writing communities are thriving. Literary gatherings—public and private—occur. Three popular reading series quickly come to mind: First Tuesday at Terraza 7 in Elmhurst, hosted by P&W–supported Richard Jeffrey Newman; Oh! Bernice Writers Collective at Café Marlene in Sunnyside; and Boundless Tale Reading Series at the Waltz-Astoria.

Newtown Literary, a semi-annual journal, prides itself in publishing Queens writers. They also sponsor events such as QueensWrites! Weekend, a fundraiser, which main goal is to get borough residents writing.

Two weeks ago I found myself reading at a poetry salon in someone else’s living room. The talented P&W–supported poet Ocean Vuong has been hosting intimate, low-key salons in his Astoria apartment. Guests have consisted of local writers, though a couple have braved the sojourn from Brooklyn. (We’re very welcoming in Queens.) It was such an enjoyable and stimulating evening, punctuated with easy camaraderie and dialogue about my poems, poetics, and art. The salon engendered sharing, storytelling, and openness.

I envision such a congregation happening all over the borough, at all times. Alas, Queens has ways to go before being a literary mecca with its working class citizens trying to make ends meet and English being a second language to many. What we do have, we appreciate. This borough possesses such a hearty, pluralistic, down-to-earth character, and a hunger closer to purity. To me, Queens is home, where I love.