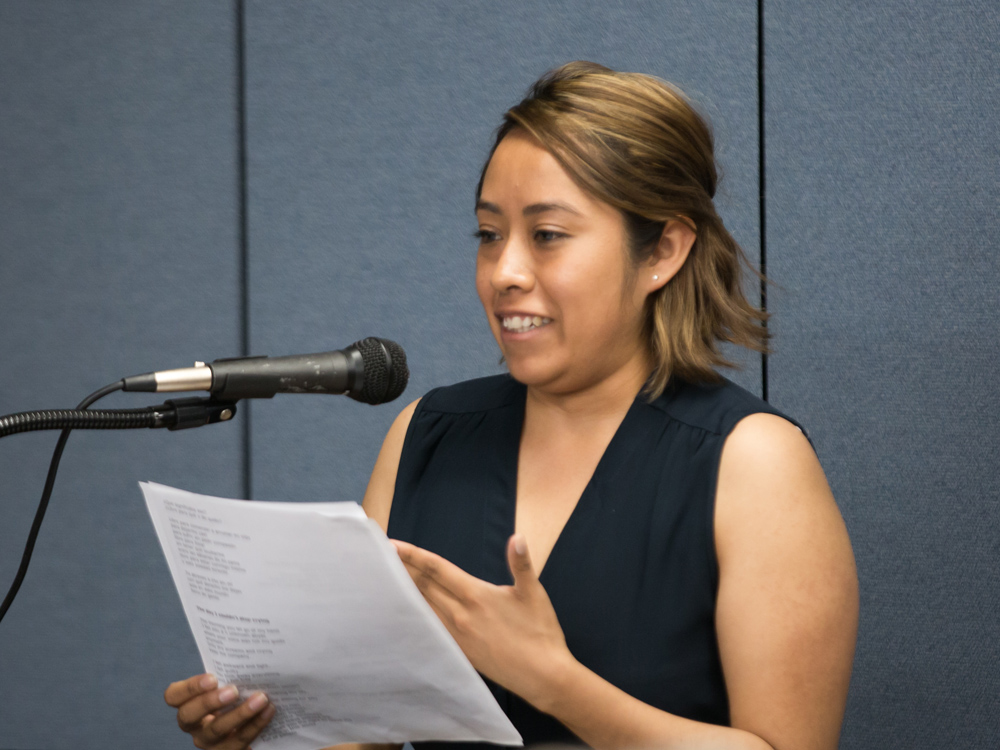 Now in its ninth year, the Connecting Cultures Reading, sponsored and organized by Poets & Writers, celebrates the diversity of our literary community by bringing together several groups who’ve been funded by the Readings & Workshops program. This year’s reading took place at the Center for Book Arts, and featured writers representing National Domestic Workers Alliance, the Newtown Literary Alliance, Leslie-Lohman Museum of Gay and Lesbian Art, Voices From War, and the What Would an HIV Doula Do? collective.

Each group was represented by two readers who were introduced by the organizer or workshop facilitator they’d worked with. During their introductions, the organizers and facilitators all spoke about the motives behind their reading or workshop series and the shared themes that begin to emerge when writers find the community they’re craving. Claudia Prado, the facilitator for a workshop series with the National Domestic Workers Alliance, spoke about the powerful lessons that emerged out of their workshop theme: Things I have learned. “To have a workshop in Spanish,” she added, “is a great opportunity for us immigrants living in New York City to have a space to write, and hear about the process of writing and others’ voices in the languages of our native country.” Timothy DuWhite, the workshop facilitator from the What Would an HIV Doula Do? collective elaborated on the solidarity, success, and safety that new and returning workshop participants felt as their program was supported and able to continue running.

As a nonprofit dedicated to both the contemporary and traditional practices of book making, the Center for Book Arts seemed a perfect fit for a cross-cultural reading that tackled struggles and victories from the past and the present. In a room surrounded by historically significant chapbooks, presses, and modern exhibits, the ten readers covered a range of themes from loss, violence, and power or the absence of it, to happiness as resistance, shared histories and love—familial or otherwise. Jack York, a writer representing the Queer Resistance Workshop at the Leslie-Lohman Museum, observed this when noting the range of each group and that having two readers from each group ensured that one story is not representative of everyone from a community or group, a struggle felt by almost everyone in the room.

The reading and the reception that followed allowed all the writers involved to connect and create new communities of their own. Nina Semczuk, the workshop facilitator for Voices From War, commented on how the opportunity to speak with other writers added to their workshop experience: “One of our readers left the evening newly inspired by how different readers expressed themselves. He had never encountered a reading like that and told me that he couldn’t wait to get to work on his writing and go deeper than he had allowed himself before.”

These five groups and their diverse, generous stories showcased the richness of artistic endeavors present throughout this city and served as a strong reminder of the reasons I applied to be a fellow for the Readings & Workshops program; it gave me a chance to see how programs like ours foster conversations amongst writers occupying different spaces, amplify voices we haven’t had a chance to hear yet, and work on making literature and art accessible to anyone who chooses to look for it. I’m grateful to all the featured readers and organizations, and the Center for Book Arts, especially Alex, Paul, and Emilie, for generously donating their space and time. 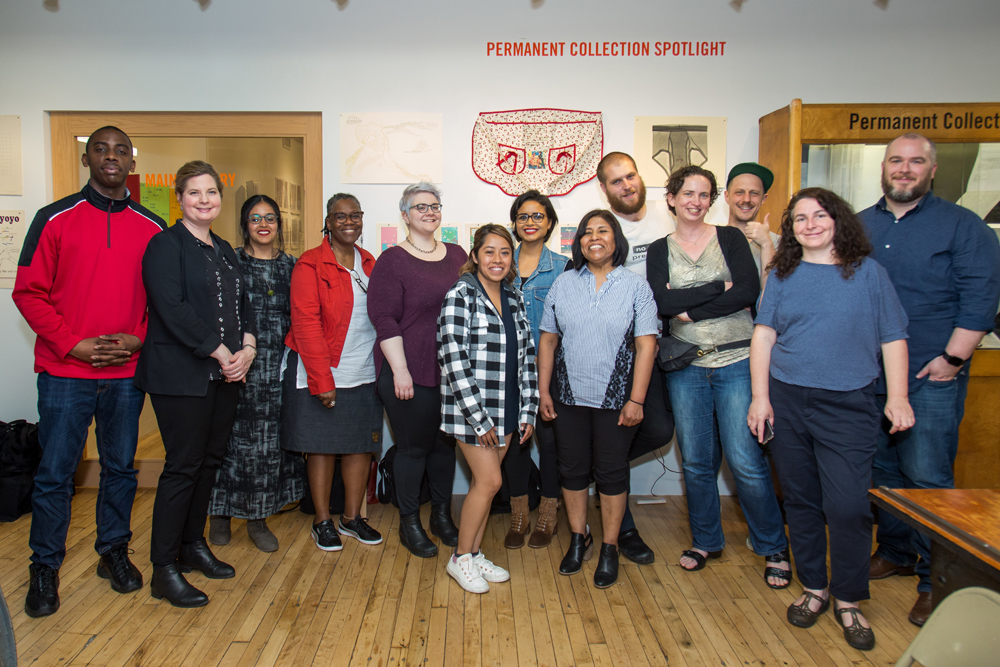