Naomi Shibata, author of Bend With the Wind: The Life, Family, and Writings of Grace Eto Shibata (Shibata Family Partnership, 2014), is a docent and senior engagement writing instructor with the National Japanese American Historical Society of San Francisco. She also delivers guest lectures on the Japanese American experience to schools, historical societies, museums, service organizations, libraries, and book clubs. Shibata is a University of California graduate and a high technology industry veteran. From April to June 2017, Shibata led a series of P&W–supported writing workshops for second-generation Japanese American elders (the Nisei) with the theme: “Tell your story as you would like it told.” Below, Shibata blogs about her approach to working with the elders and the importance of the project. 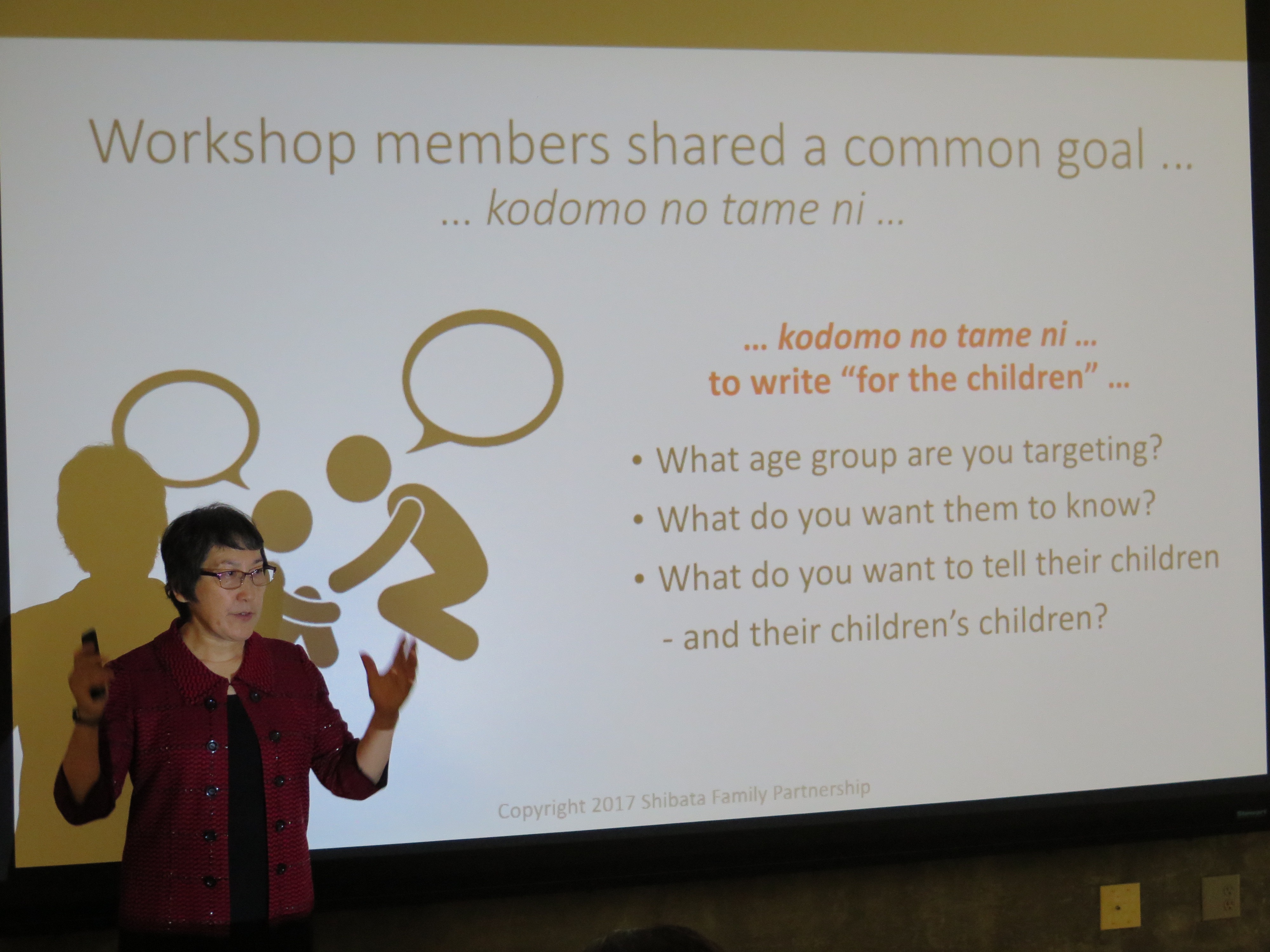 In late 2016, I received an invitation to lead a workshop for first-time writers. Sponsored by the Friends of the Little Tokyo Branch of the Los Angeles Public Library and Poets & Writers, the four-part program targeted second-generation Americans of Japanese descent, the Nisei.

The Nisei, now in their eighties and nineties, are the last in a line of storytellers with firsthand accounts of a dark time in American history. Their racial-ethnic community was disenfranchised, incarcerated, and exiled by the U.S. government during World War II. For some Nisei, the time has come to speak of their lives before, during, and after the incarceration. It is time to write about the long road to the American Dream. It is time to tell their stories as they would like them told.

I knew that the success of this workshop hinged on integrating the Japanese American experience with the how-tos of Storytelling 101. Presenting the material in a relevant context would help participants internalize the concepts and release their ideas into words. I also suspected that healthy doses of offbeat humor would lighten and facilitate the learning process for an audience comprised of educators, medical professionals, attorneys, and amateur historians.

The workshop participants shared a common goal—kodomo no tame ni, to write “for the children.” In the winters of their lives, they chose to tell their stories on their own terms. Forthright and candid, they knew that their words were the most priceless legacies. One observer asked these novice writers how they found the courage to reveal so much about themselves. One participant answered for them all when he replied, “I want my grandchildren to know the truth.”

The new voices recorded crossroad moments, human drama, and the value of small acts of kindness. Succinct and uncensored, they spoke of how one teacher’s arbitrary change of a little girl’s name shaped the six-year-old’s resolve always to have her voice heard; how a ten-year-old boy experienced loss when the FBI interned both his parents; and how a young woman valued the simple social courtesies shown to her by strangers.

The workshop participants and I wish to extend our thanks to Alanna Lin Ramage and the Friends of the Little Tokyo Branch library, Los Angeles Public Library Senior Librarian James Sherod, and Readings & Workshops (West) director Jamie Asaye FitzGerald. Their support was instrumental in helping new writers preserve the stories of lives well lived. 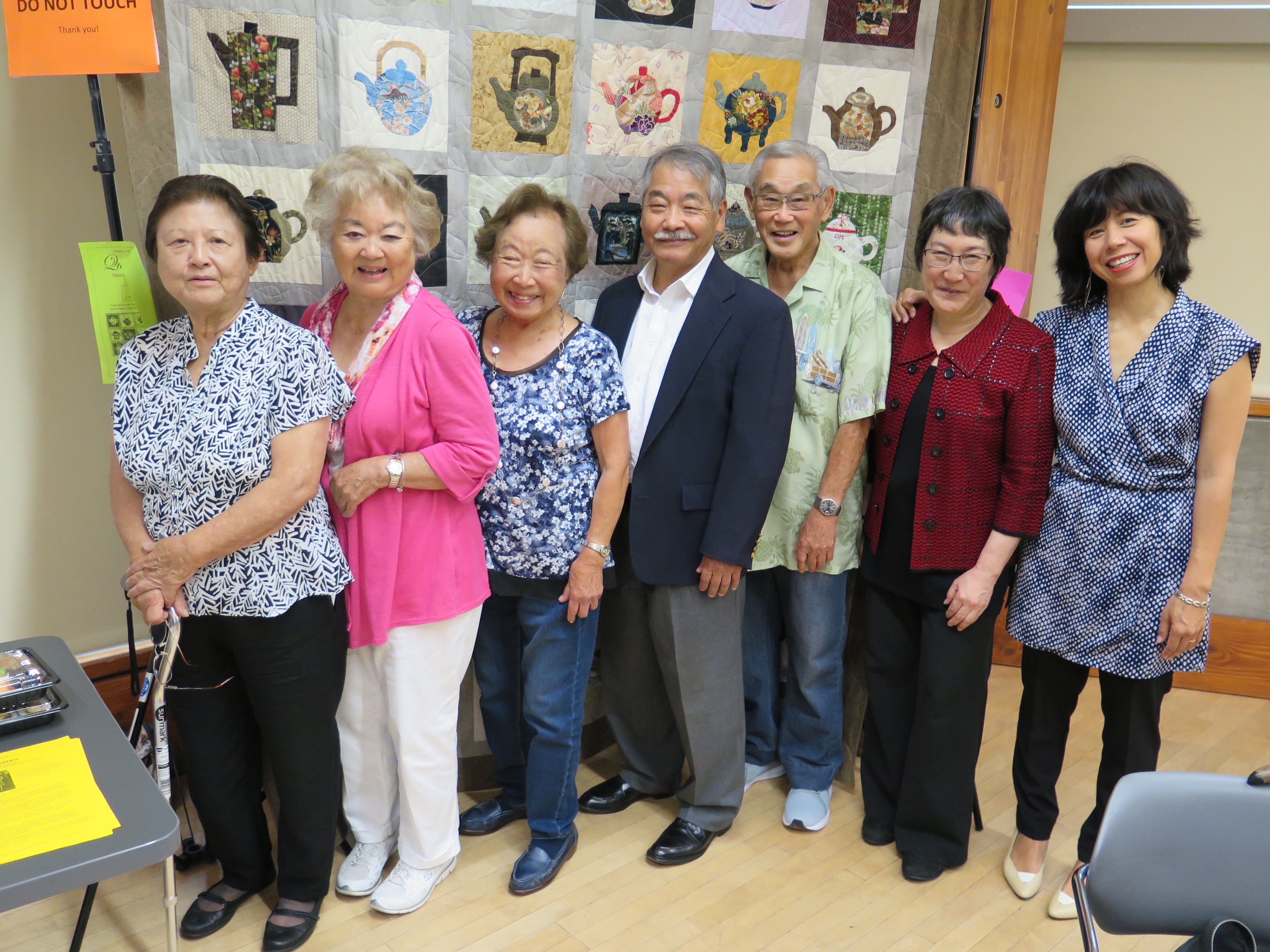