When María Quiroga moved from Mexico City to Houston in July 2017, she missed the writers group she’d left behind. She headed to the local library branch, looking for other writers, but couldn’t find any there. So when she learned that celebrated Bolivian author Rodrigo Hasbún, author of Affections (Simon & Schuster, 2017), would be offering a writing workshop in Spanish at Houston’s Writespace writing center, she jumped at the opportunity.

“It was such a warm and inviting community,” Quiroga says of the workshop, which included twelve writers from Bolivia, Cuba, Honduras, Mexico, Spain, Venezuela, and the United States. 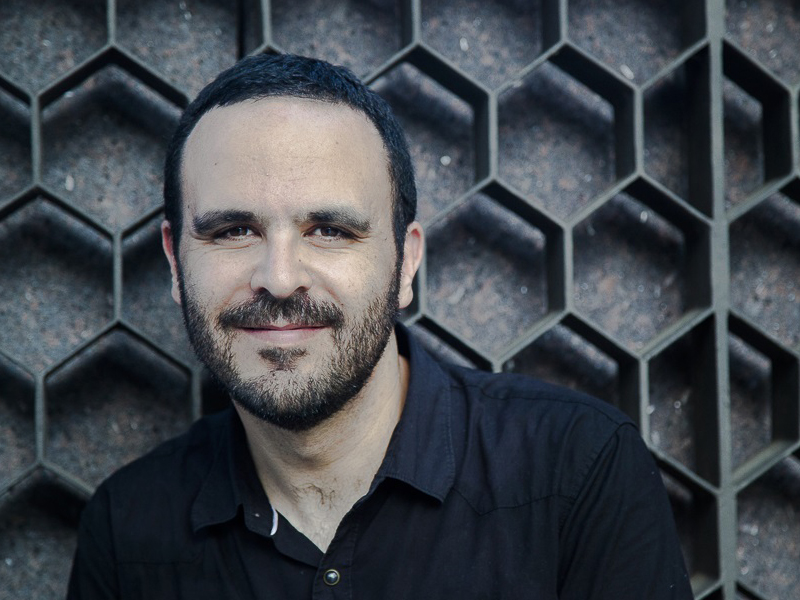 When Hasbún moved to Houston in 2014, he found that although the city was home to a thriving literary scene and over a million Spanish speakers, writing workshops in Spanish were few and far between. Hasbún began to offer his own workshops to fill the gap.

“Writing is a solitary profession,” Hasbún says in an e-mail. “Sometimes you can get the impression that nobody is interested in the work you’re doing. When you are a writer living in a country where the language and the culture are foreign to you, this effect tends to be heightened. By offering encouragement, camaraderie, and a valuable sense of community, a writing workshop can make all the difference.”

On the first day of the workshop, as part of an exercise to inspire the members of the group to use details to create character, Hasbún showed a short film in which people at the top of a ten-meter diving platform decide, with varying degrees of angst, whether to jump or climb back down the ladder.

The act of writing, Hasbún suggested to the group, is akin to jumping off a diving platform. “When you write,” he says, “you have to throw yourself again and again into the void.”

Week after week, in the sessions that followed, the workshop members responded to the challenge, pushing themselves into new territory as they created short stories which they shared and workshopped with the group.

“In the wake of new political threats to many of our country’s Spanish speakers,” writes Writespace’s founder and director Elizabeth White-Olsen in an e-mail, “I felt it was important that we were doing something, even if it was small, to say to people who move to the United States from other countries, you are welcome here. We appreciate you and want you to find a home here.”

For many of the group members, it was the first time they had come into contact with other Spanish-speaking writers in Houston.

“I was surprised and delighted,” Quiroga says, “to find that the voices of the other writers, although they were in Spanish, were completely distinct from the voices of the writers I had become accustomed to in Mexico. Their life experiences, cultural contexts, and literary backgrounds were so varied that, encountering their stories, I felt as if I were discovering my language for the first time.”