Miriam Atkin is a poet and critic based in New York whose work has been largely concerned with the possibilities of poetry as a medium in conversation with avant-garde film, music, and dance. She teaches literature and creative writing at the City University of New York and is curator of the Ekphrazein reading series at the Archive for Research in Archetypal Symbolism. Her poetry chapbook, Fours, was published by the Kaf Collective in 2017. Over the last decade she has written essays, reviews, and poems for various magazines online and in print. 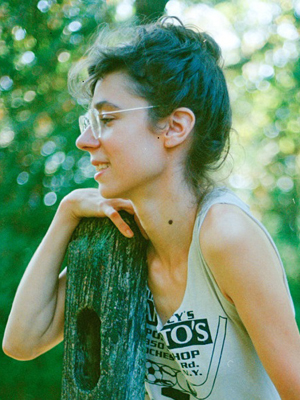 Interdisciplinary practice has been a major concern of my work ever since I moved to New York in 2008 to immerse myself in its creative scenes as a first step toward writing about art professionally. I began attending events at a range of venues like Judson Memorial Church, Roulette, Poets House, the Stone, e-flux, and White Columns. I was surprised to find that I was one of few regulars at these spaces who were not practitioners in the medium at hand. I had spent my twenties in Rust Belt cities where the relatively small number of people in the arts necessitated that we all went to all the events. Despite our differing creative vocations, we were generally hungry for the kind of thinking and conversation that art-making provokes and we knew that our diverse aesthetic languages shared enough between them to be mutually understandable. But now, in New York, I found an art world that was firmly ghettoized.

Thus, it was when I encountered the cross-disciplinary, multigenerational, and broadly humanist scope of the program at the Archive for Research in Archetypal Symbolism (ARAS), I knew I had discovered a site for heterogeneous intellectual exchange that was rare in the city. I learned about the space—which is located at the C. G. Jung Center in East Midtown in New York City—after reading in the first installation of Ekphrazein, a series of events featuring artists in various mediums presenting work in response to a central thematic archetype. The theme of the inaugural event, which happened in late 2013, was the sun archetype. In accordance with the format for the reading, I chose an image related to the sun from ARAS’s collection, which served as a visual counterpoint for my writing. I loved the conversation between text and image that Ekphrazein facilitated, and the cross-disciplinary nature of the work I saw presented there was reiterated in the heterogeneity of the audience, which included psychologists, historians, anthropologists, and so on. 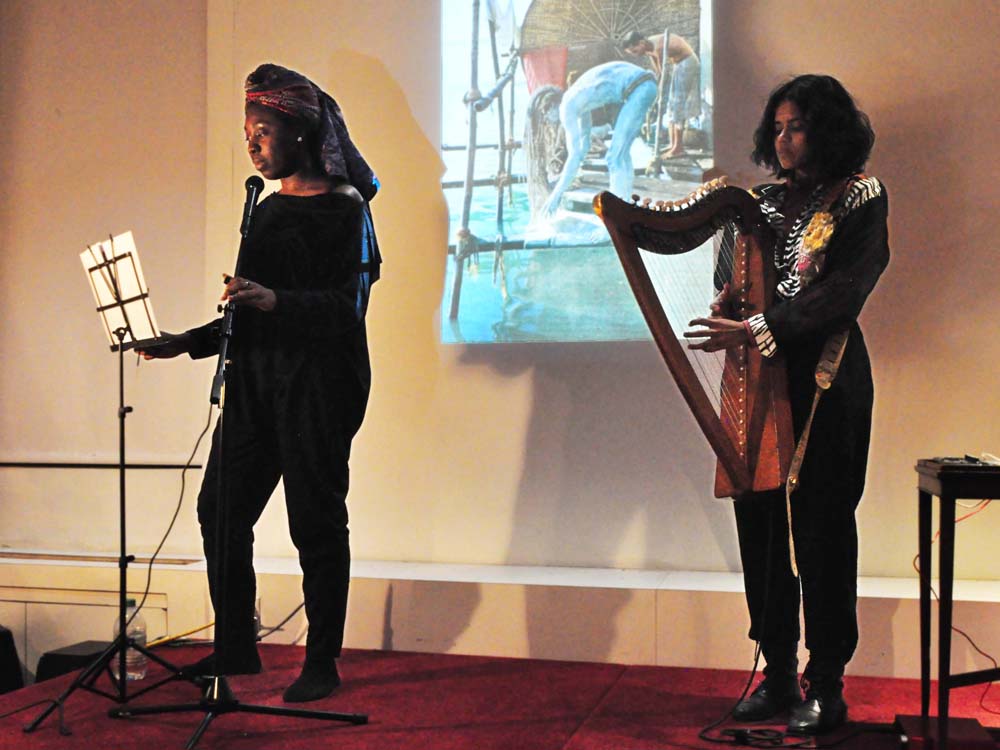 I have since become the curator of Ekphrazein, and on February 16, we hosted our sixth reading held in the Jung Center’s first floor event space, with support from Poets & Writers’ Readings & Workshops program. The thematic focus of the night was ashes, and each artist performed against a projection of their chosen ash image. The program began with multimedia artist Akeema-Zane reading poetry while accompanied by harpist Elsz. Poet Geoffrey Olsen was second on the bill, which concluded with a performance of improvised music and dance featuring Jason Kao Hwang (violin), Devin Brahja Waldman (saxophone), Megumi Eda (dance), and Yoshiko Chuma (dance). The presentations ranged between painstaking poetic craft and the playful abandon of free jazz, with each set activating a charged intimacy between artist and audience. Afterwards we all went up to ARAS for a candlelit wine reception, where I observed the enthusiasm with which audience members approached performers to engage in conversation about the night. It was energizing to see new acquaintances made and new doors opened to potential creative fusions across disciplines. I look forward to seeing what works and alliances this uncategorizable series will galvanize in the future.