But This Body, It Remembers: The Intergenerational Workshop Exchange

Melissa Sipin, the McCrindle Foundation Readings & Workshops Fellow, reflects on the Intergenerational Workshop Exchange (IWE), a community project where teens and seniors wrote in response to each other, then shared their work at a reading. For the inaugural IWE, teens from St. Bernard High School and World War II Filipino American veterans and their family members from the Filipino American Service Group, Inc. (FASGI), took part in the collaborative workshop series over a three-month period this past spring. Below, Sipin reflects on her experience as organizer and cofacilitator, and shares a few excerpts from the participants. (Stay tuned for next week's companion post by Angela Peñaredondo, teaching artist for the senior workshop at FASGI.) 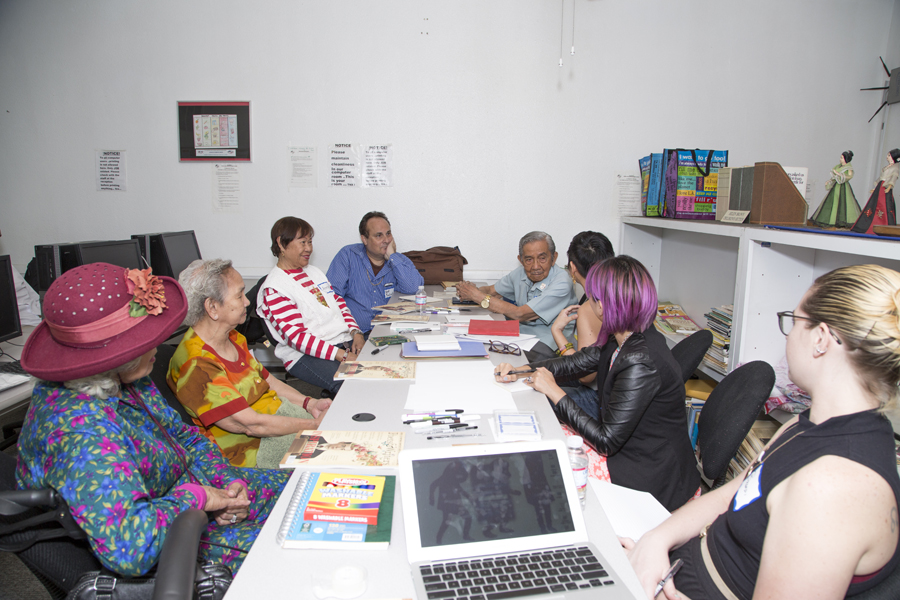 During the months of February and March, Poets & Writers supported two writing workshops as part of the first Intergenerational Workshop Exchange (IWE)—a rare writing exchange between seniors and youth that reached teens from St. Bernard High School and a group of World War II veterans and their family members from the Filipino American Service Group, Inc. The project culminated with a celebratory reading titled Connecting Generations on April 17 at Beyond Baroque in Venice, California.

The IWE was my passion project as the 2015-2016 McCrindle Foundation Readings & Workshops Fellow. I personally chose to focus on working with a unique and highly underrepresented senior population, World War II Filipino American veterans (learn more about their activism at Justice for Filipino American Veterans), as many are quickly aging and passing away without ever having their voices heard. My own grandfather, Major Diego A. Sipin, was a guerrilla fighter and officer in the U.S. Armed Forces in the Philippines, Northern Luzon, who passed away without receiving the full recognition of his wartime active duty service. Pairing the Filipino American veterans with St. Bernard High School students—many of whom are children of immigrants from all corners of Los Angeles—was a moving way to bring to light their shared and collective experiences. 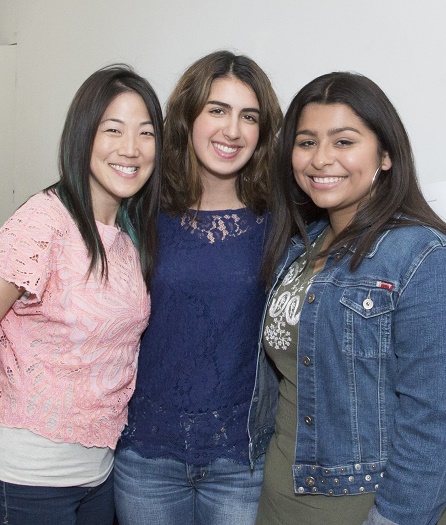 During the workshops, teaching artist Traci Kato-Kiriyama had the St. Bernard High School students write a letter to their imagined grandchildren. In response, teaching artist Angela Peñaredondo had the seniors write to their actual grandchildren. After reading the seniors’ brief but poignant letters—which detailed their wartime experiences and migrations to America—the students then wrote to the seniors directly, sharing and exchanging their own family stories of migration. They described in visceral detail the smells, sights, and tastes of where they came from—the taste of hummus on a hot, balmy day in Beirut or how the sun shone on a small village near the border in Mexico—which in turn created a deep and touching connection across generations.

One of the most moving moments during the celebratory reading was Franco Arcebal’s letter to his great-granddaughter, Veronica. Before he read his letter, he shared a brief portrait of his life during the war—how he was tortured with electric shocks, baseball bats, and water; how he escaped the “monkey house,” a makeshift prisoner-of-war camp the Japanese soldiers used as an execution house. He told the crowd that he could never really answer his great-granddaughter’s questions about the war, and that every time she asked, he was filled with silence…until he participated in the writing workshop with his fellow lolas (“grandmother” in Tagalog), all of whom were widows of World War II Filipino American veterans. Here is an excerpt of his letter:

We were six in the monkey house.

I was the youngest. 20. What they considered fresh and young and robust, something that needed to be broken.

I was the most severely tortured. My body still remembers. Sometimes I want to forget. But this body, it remembers. 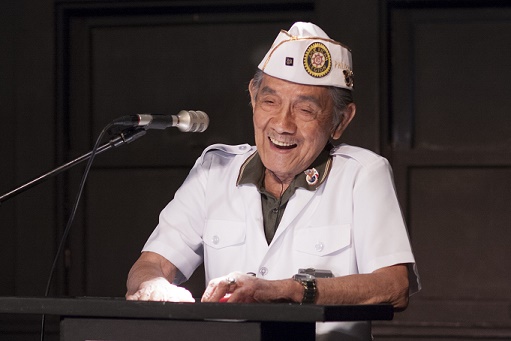 In loving response, one of the high school students, Yonathan Dereje, dedicated his piece to Arcebal:

Your great-granddaughter will love you, and you will love her. She is your privilege.... Your love for her wasn’t scarred, but only made it even more resilient. Your experience made you tougher and teaches me how to be resilient, and will forever teach me how to love and never give up.

The three-month project could not have been successful without our community partnerships, and I would like to personally thank the following for their precious time: teacher and poet Mike Sonksen, St. Bernard High School, the Filipino American Service Group, Inc., Beyond Baroque Literary/Arts Center for hosting the celebratory reading, and teaching artists Traci Kato-Kiriyama and Angela Peñaredondo.

These intimate letters are a testament to the power of sharing stories across cultures and generations—we share them because it is proof that what we hold dear and what we call home tend to always be the deep, unbreakable bonds we form with each other.

You can read work produced by teen and senior participants of the inaugural Poets & Writers’ Intergenerational Workshop Exchange in a special issue of TAYO Literary Magazine titled “Connecting Generations.”