Carolyn Hembree’s debut poetry collection, Skinny, was published by Kore Press in 2012. In 2016, Trio House Books published her second collection, Rigging a Chevy Into a Time Machine and Other Ways to Escape a Plague, winner of the 2015 Trio Award and the 2015 Rochelle Ratner Memorial Award. Her work has appeared in Colorado Review, jubilat, Poetry Daily, and elsewhere. She has received grants and fellowships from PEN, the Louisiana Division of the Arts, and the Southern Arts Federation. An assistant professor at the University of New Orleans, Hembree teaches writing and is the poetry editor of Bayou Magazine. 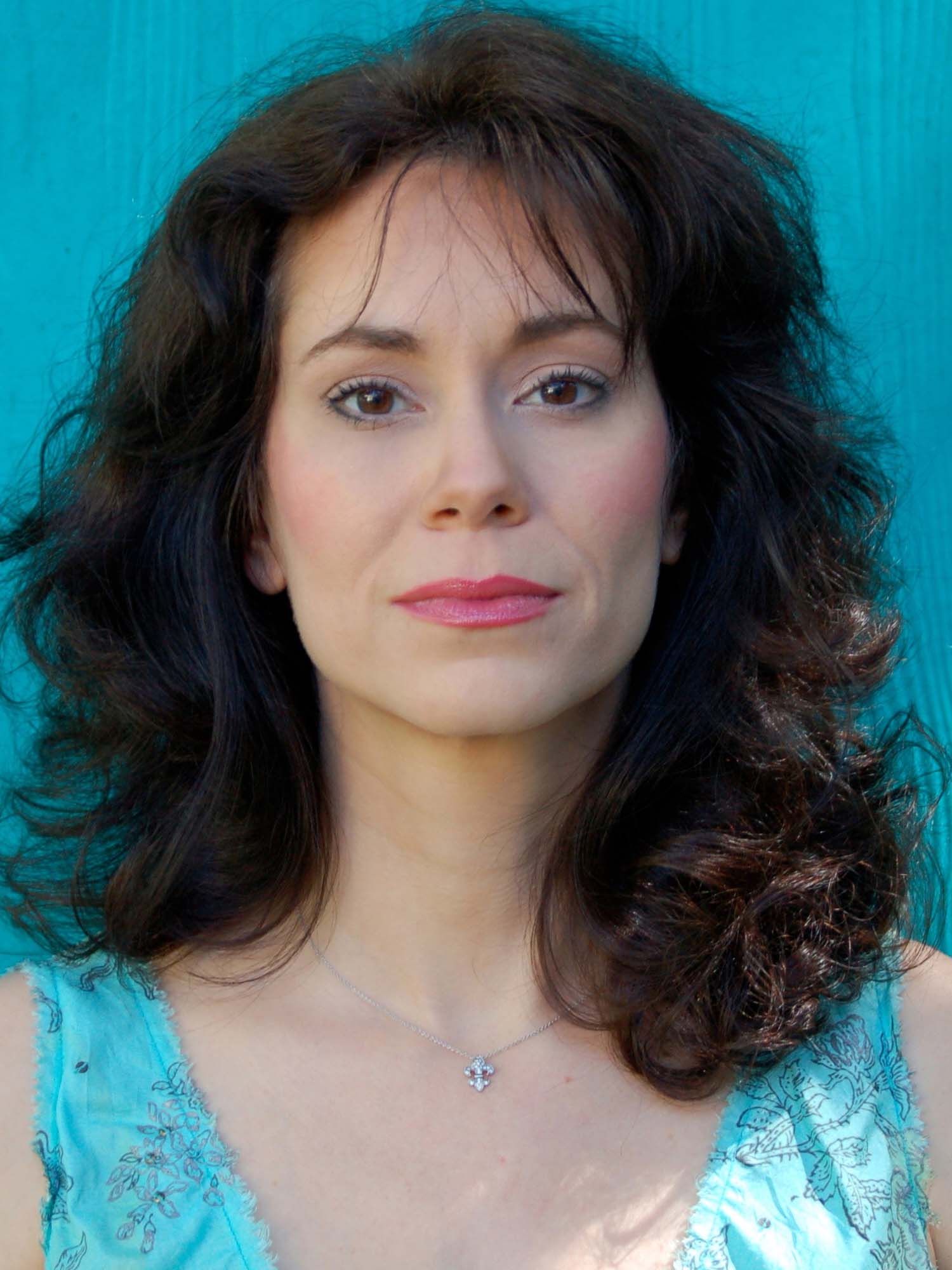 The University of New Orleans (UNO) English Department and the Creative Writing Workshop, our MFA program, hosts readings and lectures by local and national poets. In recent years, Marilyn Chin, Shara McCallum, Laura Mullen, Marjorie Perloff, Metta Sáma, and Richard Siken have presented their work at UNO. Our poetry readings are held in the Liberal Arts building, Room 197, aka “the Lounge.” Complete with a kitchenette, restrooms, a brick courtyard, filled bookshelves, conference tables, couches, comfy chairs, restrooms, and seven entrances, this communal space serves as a casual dining area, a workshop classroom, and the site of the annual MFA prom. Reflective of the culture of our program and the city, a motto that suits our events might be: Come as you are. Bring what you can. Students and faculty arrange the furniture and contribute homemade food and refreshments.

Last fall, on the evening of October 26, “the Lounge” was packed with forty to fifty attendees. Current Creative Writing Workshop candidate Elle Magnuson introduced New Orleans poet Kelly Harris. One of our city’s most exciting talents, Kelly Harris opened with her cri de coeur, an elegy comprised of the names and lines of “lost black poets”—names and lines Harris variously scatted and sang. She read from loose pages spread across a table—as she later demonstrated during the Q&A—she scored the poem to indicate her vocal inflection. Kelly spent two years studying music to improve upon her poetry and performance skills. Social consciousness characterized the work she shared, particularly poems from Shame on Her, a manuscript on body politics and African American women. Embracing the public role of the poet, Kelly Harris told the audience, “I want to have an audience that’s janitors, poets, everybody—and that comes at a cost.” 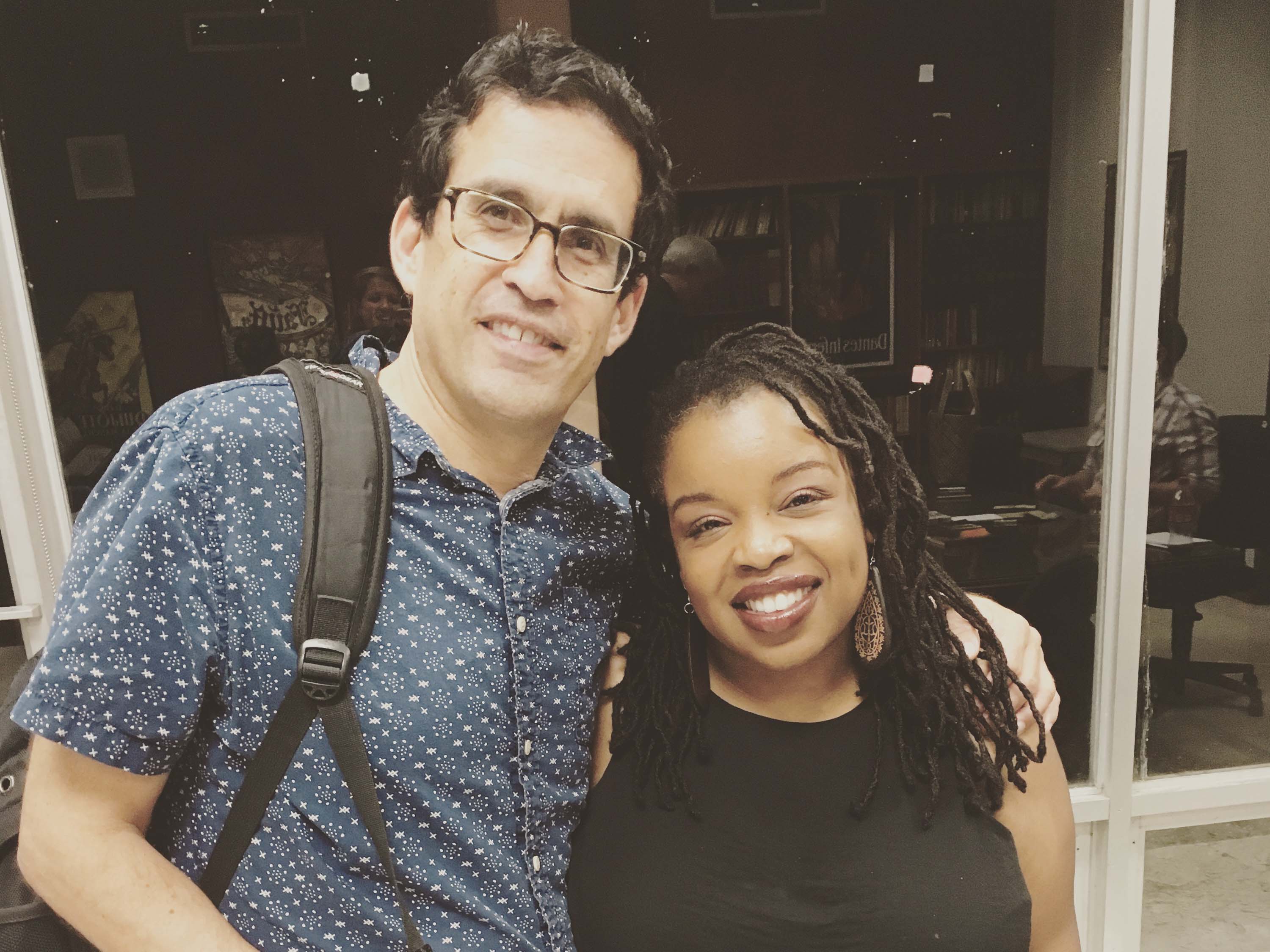 Creative Writing Workshop alumnus Spencer Silverthorne then introduced Rodrigo Toscano. A polyphonic poet with an experimental bent, the longtime Brooklyn resident and recent New Orleans transplant gave a memorable performance from his fifth poetry collection, Explosion Rocks Springfield (Fence Books, 2016). Like Harris, Toscano read from a stack of loose pages. A line from a newspaper article, “The Friday evening gas explosion in Springfield leveled a strip club next to a day care,” serves as the title of each of the book’s eighty poems—a title he delivered with varied nuance each time.

As interrogations of language, Toscano’s text and performance compelled us to consider the impact of words written and spoken, private and public. His fine performance emphasized the contrast of appropriated language from industrial reports and newspapers, and with interjections, onomatopoeia, demotic idioms, interjections, and lyric imagery he engaged listeners. He interacted with the audience frequently, even directing us to repeat the refrain of one poem. However, the most effective moments of his performance may have been the counterpoints to the multiple registers of diction as he ruminated about the language, “What is care exactly?”

Thanks to Poets & Writers’ consistent support and publicity, event attendance by the university and larger community has doubled. Come as you are. Bring what you can. Care.