A Thirst for the Arts in the Inland Region

For years, Poets & Writers’ Readings & Workshops program has been conducting Literary Roundtable Meetings in California and New York State. The meetings bring together people from all areas of the literary community to share ideas, news, and resources. In California, eight community meetings are held a year. This spring, a meeting was held in California’s Inland Empire region, an area centered around the cities of Riverside and San Bernardino. The guest speaker was Dr. Ernie Garcia of the Garcia Center for the Arts, where the meeting was held, and the cohost was Cati Porter, director of the Inlandia Institute. Porter is a poet, editor, essayist, and arts administrator, and her third poetry collection, The Body at a Loss, is forthcoming next year from CavanKerry Press. She writes about the value of the annual Literary Roundtable Meetings and the recent gathering in San Bernardino, California. 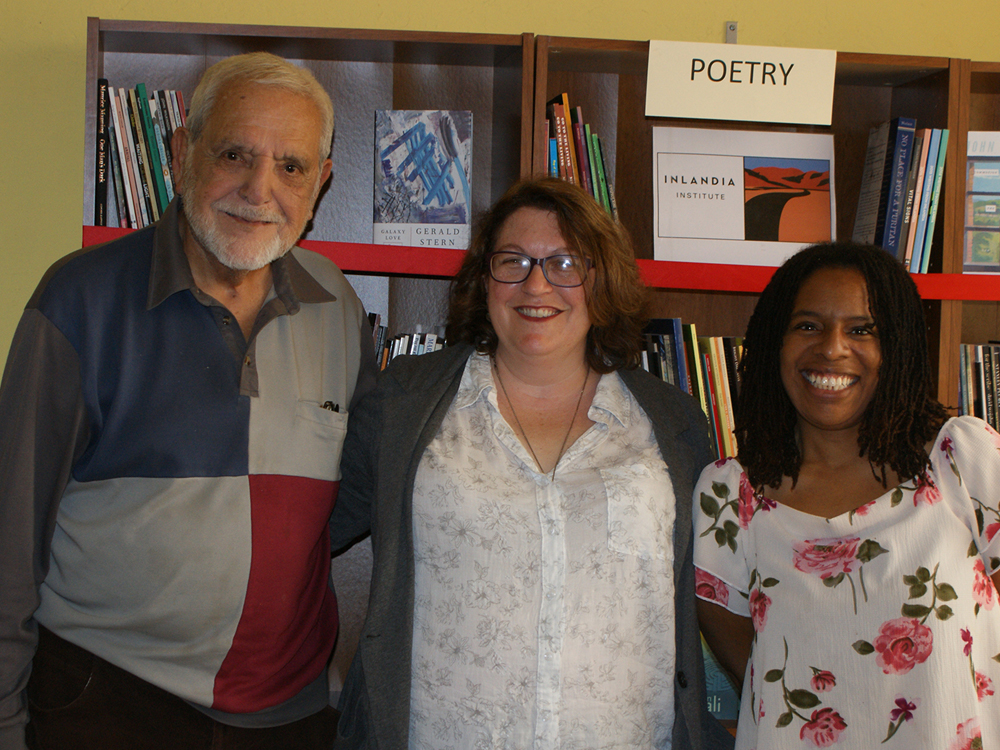 For the past decade, Inlandia Institute has been the Inland Empire regional partner for Poets & Writers’ annual Inland Empire Literary Roundtable Meeting. We have always held the meeting at a local library, but this year thought it would be fun to mix it up and meet at the Garcia Center for the Arts in San Bernardino.

Situated in an urban center, the Garcia Center is an oasis. Opening the front gate is like stepping through a portal: The courtyard is filled with desert-loving flora. Banana trees, heavy with fruit, bend over the walkways. A fountain purrs. The building is a Spanish adobe, once abandoned and now rehabilitated, and home to artist studios and arts organizations, including a second office for Inlandia.

The Garcia Center is named after and run by Dr. Ernie Garcia, our guest speaker for the roundtable that day. I arrive early and can already hear voices as I make my way toward the community library for the meeting. That’s when I find Ernie sitting on a bench in the courtyard with another early arrival. The three of us head into the “library,” a large room stocked, thanks to generous community donations, with books and comfy chairs.

An island of tables has already been set up for our meeting. Soon Jamie Asaye FitzGerald, director of Poets & Writers’ Readings & Workshops (West), arrives—and then about a dozen others. Just inside the door is an upright piano, another donation, and Jamie sits and plays for us as we settle in. The table fills up quickly.

We have just begun going around the room introducing ourselves when two more people walk in, then one more, then a couple more again, until nearly every seat is filled including the wing chairs and sofa. Among those present are Timothy Green of Rattle literary magazine, Richard Soos of Cholla Needles Press, Jennifer Kane of Arts Connection, Juan Delgado of California State University in San Bernardino, Cindy Rinne of the San Bernardino Valley Concert Association, Edward Ferrari of PoetrIE, and Nikia Chaney, the Inlandia Literary Laureate.

In all, twenty-five people coming from as far and wide as Sun City, Rancho Cucamonga, Barstow, Ontario, Wrightwood, Forest Falls, Joshua Tree, Yucaipa, Moreno Valley, Redlands, and Riverside. There is such thirst for this kind of support for artists and writers in Inlandia that folks were willing to drive great distances just to connect.

Dr. Garcia—aka Ernie, aka Neto Esquelito—gives us an oral history of the Garcia Center, and then reads from his book, Growing Up Aleluya, about religious intolerance in the barrio of South Colton, California.

When Ernie finishes, I pull out a pair of scissors.

Ernie, Nikia, and I push back our chairs and walk to a trio of bookshelves behind me, a red ribbon draped across. Ernie cuts the ribbon. The sign beneath reads: Inlandia Poetry Library Donated By Inlandia Literary Laureate Nikia Chaney.

Nikia found herself with more books than bookshelves after serving as a judge for this year’s Kate and Kingsley Tufts Poetry Prize, so she decided to donate them as part of her laureateship to form the Inlandia Poetry Library at the Garcia Center. More than four hundred poetry books are now free to the public to check out, on the honor system, when the center is open.

Writing is about connecting. It’s not, as they say, always a solitary act. Community is the well we drink from after the long journey inward. What Poets & Writers does is create someplace for us to come back to—for exchange of ideas and connection with other writers—something that, in the Inlandia region, is hard to come by. 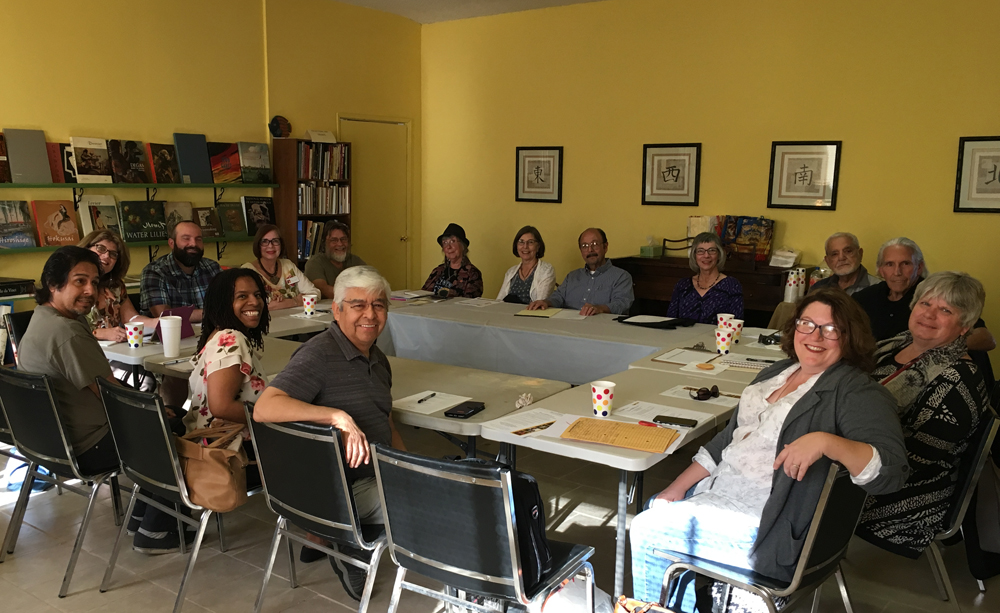