Age: 61
Residence: Hancock, New Hampshire
Book: Rust Belt Boy: Stories of an American Childhood, a collection of essays about the immigrant experience, set in Pittsburgh and the author’s hometown of Ambridge, Pennsylvania.
Publisher: Bauhan Publishing (May)
Agent: None 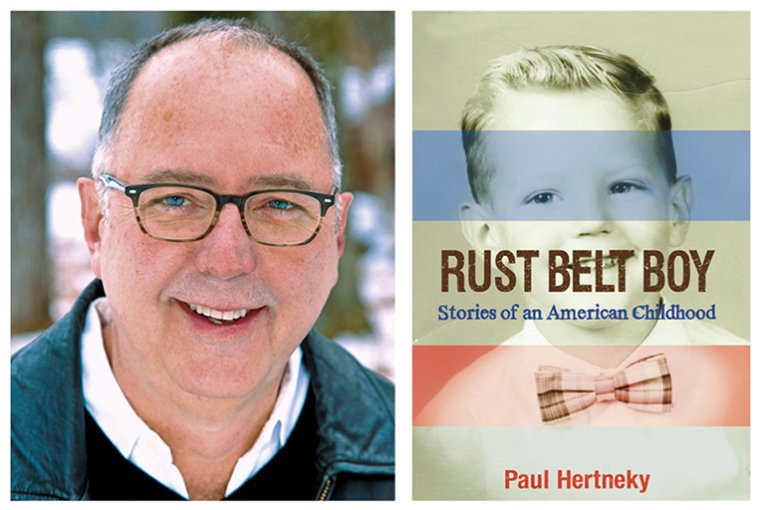 First, an admission: I did not grow up with a love of books, but with a love of reading. Newspapers became a habit, magazines a marvel, poems a playground. Bound mysteries and biographies from the library captivated me, but inspiration came from the once-literary pages of Esquire and the essays of Montaigne.

I had never imagined myself a writer, much less the author of a cohesive volume of prose. Making my living through copywriting and journalism, I became friends with authors at a time when clear paths led to publishing books. Years of work went into each book, and the heartache of seeing them on remainder tables made the enterprise seem too Sisyphean for me.

My stories and essays came and went on the wings of ephemera and airwaves, their footprints left in the tiny lines of the Readers’ Guide to Periodical Literature, then a library database. But no Internet. Not even the illusion of permanence, much less posterity.

I cared more about my reputation among editors than my identity as a writer. I cared about my sentences, stories, sources, and serving readers and listeners. I satisfied my artful side by publishing an essay, or performing one on public radio.

And then one day I interviewed a man over lunch who ordered steamed milk with honey. His taste for this biblical concoction tied in to the subject, forming a metaphor that grabbed me and wouldn’t let go. I set out to write a series of essays and stories that, ten years later, became Rust Belt Boy: Stories of an American Childhood.

My early manuscripts made little impression on the young intellectuals staffing the front lines at agencies and literary presses. Years of relentless rejection followed, but I continued to believe in my stories and in the invisible communities and characters they portrayed. I reformulated the book countless times, responding to advice from agents and publishers, and kept pitching.

Revision became my solace, my drug of choice, the only activity that made me feel better. I cut and clarified, expanded and recast. A great friend, the novelist Eugenia Kim, believed in my book from the beginning and insisted that I continue, editing draft after draft for me, questioning and challenging me.

You see, I had dedicated myself to a seemingly foolish task. Most of my published work had been tailored to narrowly defined readers and audiences. I wanted this book to engage literary readers while also captivating working stiffs, many of whom read less than one book a year. Reaching that broad spectrum with respect for a range of sensibilities demanded everything I had learned over twenty-five years of writing for publication.

Howard Mansfield, a friend as well as an author of nine books and a superb editor, had read one of the earliest versions of Rust Belt Boy. He told me how pleased he had been working with Bauhan Publishing, a small press with distribution by the University Press of New England, for his upcoming book. I knew of Bauhan, and I hadn’t thought my book would fit in with their New England–centered list.

But I also knew that its former managing editor, Jane Eklund, had liked my essays well enough to publish one years earlier in a literary magazine she edited. Soon after I gave her the manuscript, she recommended it for publication by Bauhan.

Trusting my pitch that my collection carried universal themes for millions of mill-town kids, the Bauhan team produced a beautiful book and has supported it well. With the help of publicist Scott Manning, the book enjoyed a strong launch, required a second printing within weeks, and has drawn considerable attention from media and reviewers.

My own truth for book writing: I will only write a book that means the world to me, that obsesses me and compels me, as long as it takes, sentence by sentence, to earn the attention of readers, to hold them, and leave them wanting more.