From the National Book Foundation’s 5 Under 35 program to the New Yorker’s 20 Under 40 list, many organizations make a point of recognizing young, gifted authors at the start of their literary careers. In the November/December 2016 issue of Poets & Writers Magazine, we feature five debut authors over the age of fifty—Desiree Cooper, Sawnie Morris, Paul Vidich, Paula Whyman, and Paul Hertneky—whose first books came out this past year, and who stand as living proof that it’s never too late to start your literary journey. Here, we feature excerpts from their debut books. 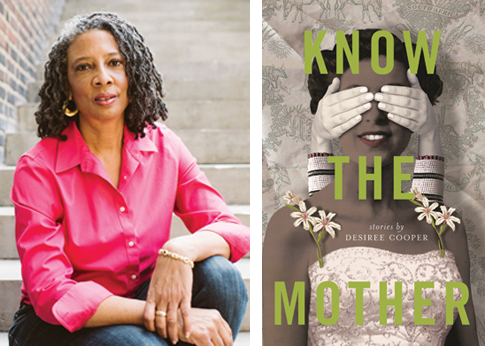 Know the Mother
By Desiree Cooper

My minivan churns impatiently as I wait in the long queue. Up ahead, it’s easy to spot my daughter in the gaggle of starched, school-crested shirts and navy-blue pants. She’s the only one with brown eyes and skin to match. She’s the only one whose thick, black hair is tamed into stiff braids.

She is standing apart, her eyes scanning the row of cars, a refugee on a hostile shore waiting for an airlift. When she finally sees our car, she shoulders her heavy book bag—too full of academic pressure for a fourth grader—and a smile lands on her face. She is not ashamed to show me the beautiful Wolof gap in her front teeth. She waves desperately, as if otherwise I might miss her, the lone black child in a sea of white.

Finally, she opens the door and jumps into the back seat. “How was your day?” I say brightly, swallowing the stress of having to pick her up from private school every afternoon. She buckles in and opens her daily treat—today it’s a bag of Doritos and bottled tea. No time to get to the store for apples. Bad mom.

She says nothing, but munches quietly and looks out the window. We pass the blond girls yelling things out of car windows like “Call me if you want to go riding!” or “Don’t forget your swimsuit!”

At ten, my daughter wants, more than anything, to be chosen. She has a crush on Henry Frank (the kids call him HankFrank, as if it were one word). My daughter has a chance with HankFrank because he is funny-goofy, already eccentric, probably gay.

I turn off the radio, which I always do when the kids are in the car, just in case something bubbles up from their mysterious lives. Lately, my daughter has become impenetrable. When I hug her, she stiffens. Even though I am her lifeboat, she will not touch me. She is the kind of lonely that cannot be explained, so it becomes someone else’s fault. Mine.

“Did you know that I am invisible?” Her words come in a scratchy little-girl voice, but she is too old for make-believe. She is stating a fact. My heart is a block of ice. I glance at her in the rearview mirror. She keeps eating Doritos vacantly.

Suddenly, I am six. It is 1967 and my first-grade teacher, Mrs. Houston, is so severe, every inch of me wants to please her.

I figure out after the first day that I am smarter than the other kids. The white kids. Every day, I want prove my worth to Mrs. Houston by giving her the right answers. She calls on the other children; I don’t understand why she doesn’t see me. I stretch my hand higher, accent my eagerness with a few “Ooh, oohs,” but still she gazes over my head to the dolt behind me with the ruby curls.

This is not what I had imagined when I'd longed to go to school. I’d dreamed of friends and books and scissors and the sweet smell of paste. I dreamed of chalk scraping on the board and gold stars on my homework. I never dreamed I would disappear.

My daughter finishes her Doritos and crumples the bag loudly. I stop the car in front of the manicured lawn of a stranger. I get out and open my daughter’s door. She tracks me wide-eyed, afraid that she is in trouble. I unlock her seat belt and pull her out of the car. Her classmates peer at us curiously as they drive by in their moms’ SUVs. She doesn’t know it yet, but after today, my daughter will never see them again.

I take her shoulders and gaze into her eyes. I look at her so long that the hard resentment of her spine bends toward me. Her anger softens to tears.

As I wash my mother’s back, her scent fills my nostrils. Already, she smells like a garden unearthed, a freshly dug grave. I soak the cloth in warm water and witch hazel; she sighs as I swab her shrunken thighs, her shriveled feet.

“Don’t leave me,” I plead beneath my breath. She twitches and my heart leaps—maybe she’s changed her mind and has decided to stay with me a little longer. But for the next three hours, she gives me nothing to hold on to—not one fluttering eyelid, not a wan smile of possibility. She is leaving me so easily, I wonder if her love ever rose above duty.

Two months ago, I was bringing warm sheets up from the dryer in the basement. As I reached the top of the stairs, I could hear Mother singing. I dashed around the corner, half expecting to see her remaking her bed, lifting the mattress to miter the corners.

But when I reached her room, nothing had changed. Her hair was still a thin layer of down. Her cheeks were still sallow. Her shoulder blades jutted beneath the summer blanket as if she were hiding her favorite book beneath the covers. Yet somehow as she slept, she was a young woman again, singing.

At her bedside, I doze without resting. I dream that my mother is dressed in a black taffeta gown. Her cheeks are rouged with stage makeup, her eyes shimmering. On cue, she makes her way to the curtain. I call her name three times, but nothing I say can make her look back.