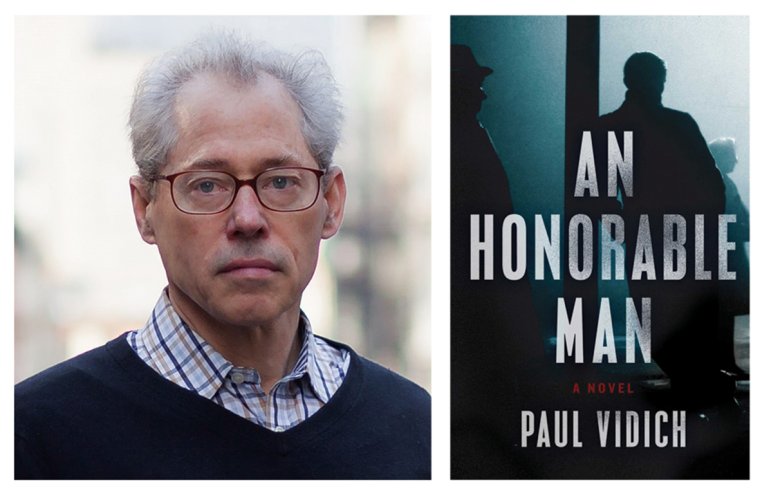 My path to writing An Honorable Man was long and winding. I had written two atrocious novels by the time I was twenty-seven, at which point I learned I was to be a father. At the time I didn’t believe I could be a successful writer, and certainly not one who could contribute to meeting a family’s financial needs, so I pursued my other, more conventional, ambition and got an MBA. I also promised myself that I’d quit business when we were financially secure and take up full-time writing again. In 2006, at the age of fifty-six, I didn’t renew my contract at Time Warner, where I had worked in the AOL and Warner Music Group divisions for eighteen years, which surprised many of my colleagues. I enjoyed my long business career, and I was good at it, but I always had the calling to write, and I  supported literary organizations such as Poets & Writers, whose board I had joined. I enrolled in the new MFA program at Rutgers University in Newark, New Jersey, and began the workshopping and reading needed to develop the tools of written expression. When I started to write more seriously I was able to look back at a life—my life. I had lived a lot, and the distance of time gave me perspective. There was a world to write about that I did not have access to at twenty-seven.

In 2012 I received a letter from a literary agent who’d read a story of mine that had recently won an award. He liked the story, but he didn’t represent collections. Did I have a novel? I looked at my wife. “I guess I should write a novel,” I said. But which one? There was an abiding family tragedy that sat unsettled in my mind for years: My uncle worked for the CIA in 1953 and his unsolved murder remained a devastating family loss. I finished the first draft in forty-five days, and, of course, many drafts followed.

The completed manuscript benefitted from critiques by six fellow Rutgers MFA alumni. (We still meet regularly and comment on each other’s work.) I sent the finished manuscript to four agents who represented authors whose work was similar to my own—espionage novels with a literary register. Olen Steinhauer is one such author who is represented by the Gernert Company. David Gernert liked the book but wanted some changes and introduced me to his young associate, Will Roberts, who handled the novel’s auction. I was fortunate to land with Emily Bestler of Emily Bestler Books, an imprint at Simon & Schuster.

My advice to people coming to writing and publishing later in life: You have to want to write, and I mean really want it. You have to be disciplined about the work. You may have a story, but the writer needs to master the techniques of telling that story. And it is important not to be discouraged by age. You have to inoculate yourself from the perception, however true, that the world only seems to recognize youth and ignores the contributions of later-aged newcomers.

You also need self-confidence. One day, feeling down, I put together a list of authors who had debuted later in life. Raymond Chandler wrote The Big Sleep, his first book, at fifty-one; Julia Glass wrote her first novel, Three Junes, when she was forty-six; and so on. Compiling this list stoked my confidence. If they could do it, then so could I.

Oh, and one other thing: I used to look at the many thousands of books published each year and say, “It can’t be that hard.” I was wrong. It is, in fact, hard work—but it’s worth it.