Joshua Idaszak is the winner of Poets & Writers’ 2018 Maureen Egen Writers Exchange Award (WEX) for fiction. His stories have appeared in Ploughshares, the Kenyon Review, TriQuarterly, and elsewhere. His fiction has won Boulevard magazine’s 2015 Short Fiction Contest for Emerging Writers, was a finalist for the 2015 Chicago Tribune Nelson Algren Award, and has been listed as distinguished by Best American Mystery Stories 2017. Idaszak received an MFA from the University of Arkansas, and has received support from the Fulbright Program and the Sewanee Writers’ Conference. He lives in Massachusetts and is at work on a story collection and a novel.

It was a misty, cool morning in May when I heard from Bonnie Rose Marcus that I had won the 2018 Maureen Egen Writers Exchange Award for fiction. I had just emerged from two days on the Lost Coast Trail and was standing in a small beachside parking lot in Shelter Cove, California, a town made famous (to me, at least) by the opening of Denis Johnson’s novel Already Dead. I had just completed my MFA from the University of Arkansas after four years in Fayetteville, teaching, studying, and writing fiction. I was in the midst of determining what came next—for my writing, for my life—when I listened to Bonnie’s voicemail.

Manhattan is not Shelter Cove. In place of redwoods were skyscrapers, and we were ascending them. Bonnie, director of Readings & Workshops (East) and the Writers Exchange, was our fearless leader. She shepherded Anushah Jiwani, the winner for poetry, and me around Manhattan for four days of meetings with agents and editors and poets and publishers.

At Penguin, we met Lee Boudreaux and asked about editing Ben Fountain’s fiction. At Ecco, Megan Lynch talked about Deborah Eisenberg’s short story collection Your Duck Is My Duck, and how a book and its cover come together. Jonathan Galassi of FSG recalled his time studying poetry under Elizabeth Bishop and Robert Lowell. I had carried poet Charles Wright’s Negative Blue during my Lost Coast walk, and I was excited to hear that FSG would be publishing Oblivion Banjo, a compendium of his work, next spring. Cheryl Boyce-Taylor, this year’s poetry judge for WEX, helped us celebrate at a wonderful dinner with our families after our Sunday reading at McNally Jackson in Soho.

Writing is solitary work. The drafting and revision often happen in quiet rooms, often alone. It can feel, sometimes, like we’re plucking the strings of our very own oblivion banjo. It was a joy to step outside of that: to sit across from Brigid Hughes and hear about her work to create space and time for writers through the fellowships and residencies of A Public Space, to hear Emily Nemens speak about her plans for the Paris Review, or to discuss possibilities for invigorating public readings with Sarah Gambito.

The trip was a reminder (or rather a series of reminders) that there are so many of us engaged in this calling. That we love books, love reading, love watching people and thoughts rise in language. And ultimately, that our work is vital, and always ongoing. 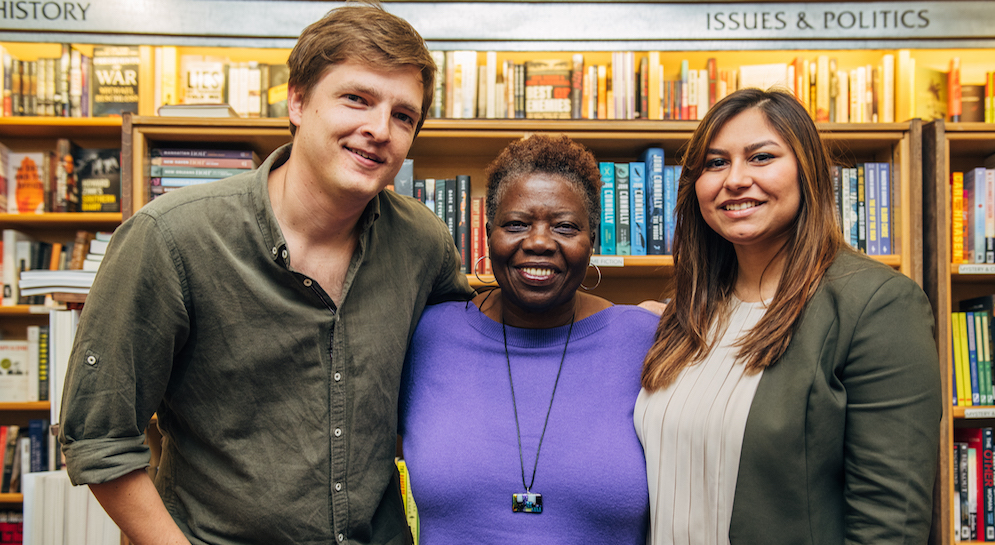