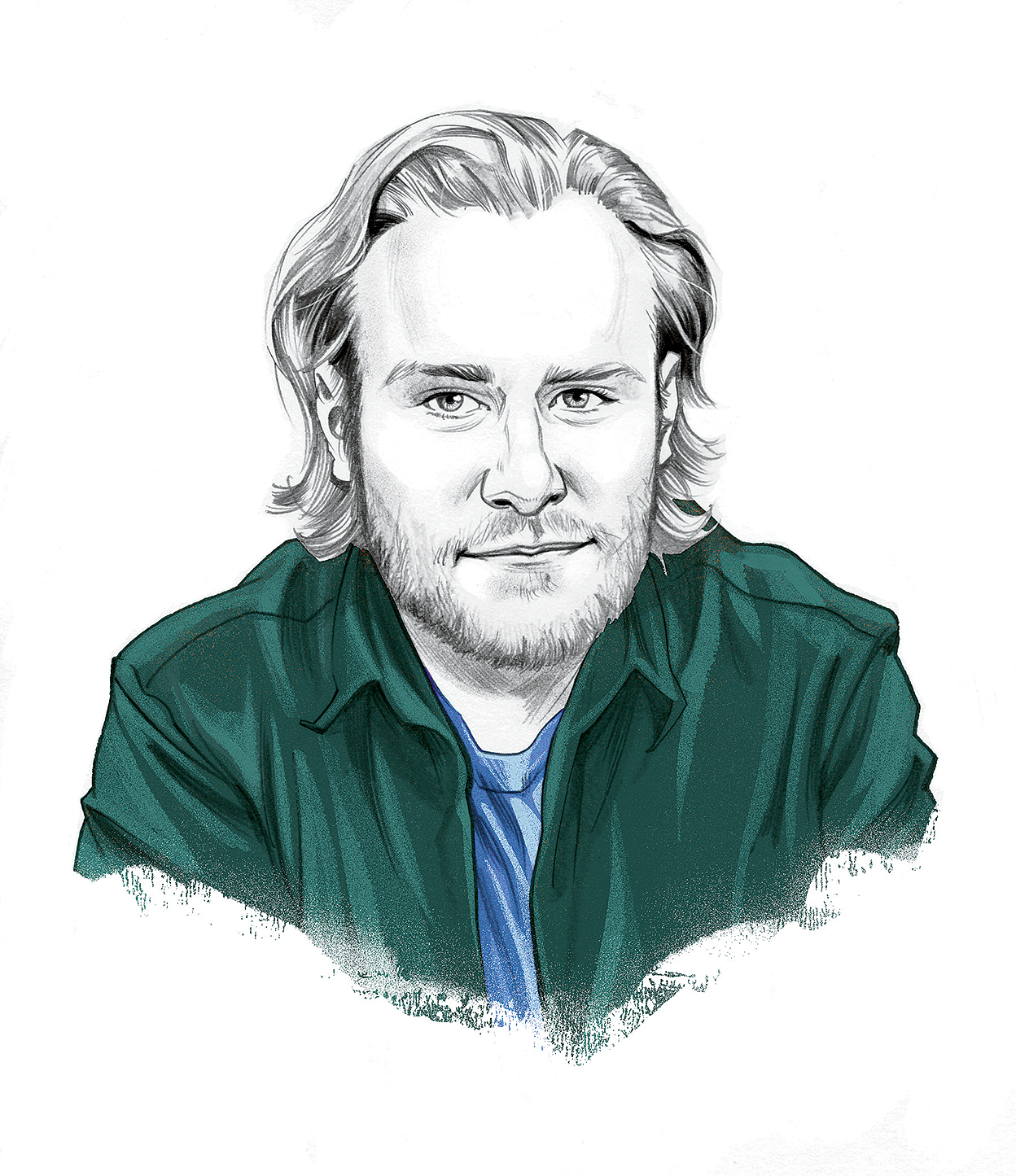 All the things
I meant to do are burnt spoons

How it began: In the broadest sense, I saw the opiate epidemic start to swallow up my home state. Eventually it made its way into my life in specific ways, including a day when someone came to me and my partner and told us they had developed a heroin addiction. I was extremely angry with them and brushed them off, but quickly after that—by which I mean within a matter of minutes—I was overwhelmed with repulsion toward myself for how quickly I had slipped into such a damning, limited, and unsophisticated view of what this person had just confessed. Here they were at their most vulnerable, and I couldn’t be less humane. I was enacting the shame and stigmatization that is our culture’s default. I hated that and wanted to push against it.

Inspiration: There are maybe five hundred books and writers I’d like to name if I had the space and time, but I Know Your Kind is particularly indebted to Virginia Woolf, Carl Phillips, Denis Johnson, the Inferno, Paradise Lost, Toni Morrison, Cormac McCarthy, Timothy Donnelly, John Berryman, and Walt Whitman.

Writer’s block remedy: If my writing is stuck, it’s because I haven’t read enough. Sometimes I pretend this isn’t the case, but I’m always wrong.

Advice: I’d suggest thinking about what your book is doing as a composition. How does it read? What are its sources of heat and thrust? Does it have an arc? An architecture? A book can be a kind of random collection of poems and still be organized in such a way that creates drama, tension, interaction, and a greater composition.

Finding time to write: The Stegner affords me a great deal of writing time, for which I’m extremely grateful.

What’s next: A new book of poems and a novel. 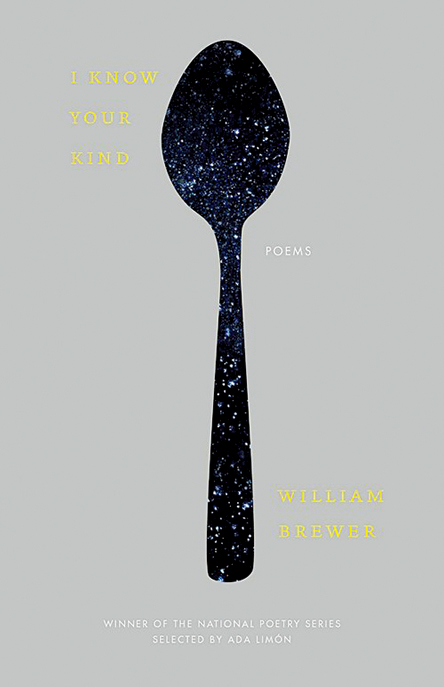 Time spent writing the book: The oldest poems in the book are about four to five years old, though a large chunk was written in a fit of about eighteen months. It’s hard to say because some poems existed in a kind of shadow form for years before they were fully realized.

I Know Your Kind by William Brewer by Poets & Writers 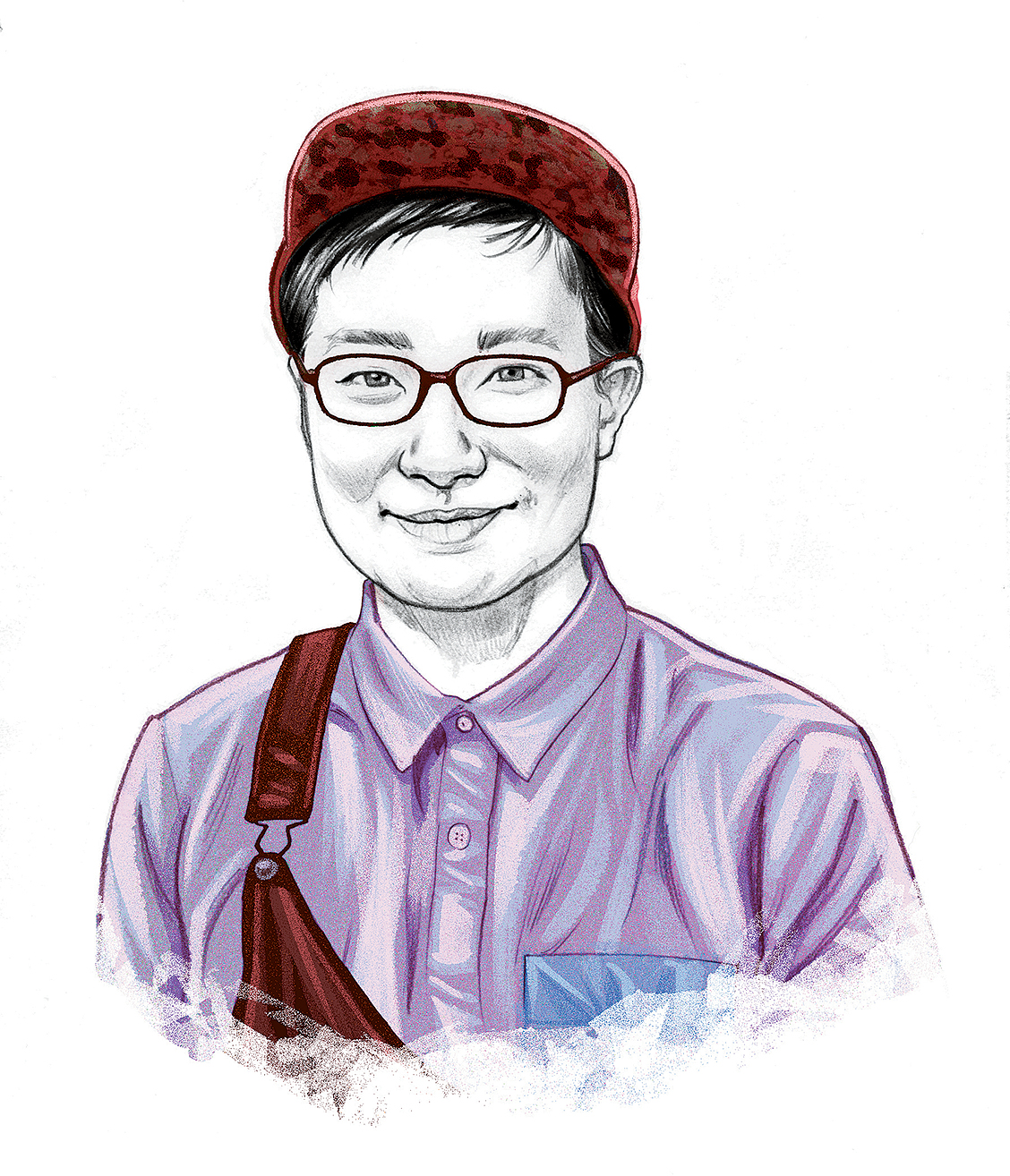 Chen Chen
When I Grow Up I Want to Be a List of Further Possibilities
BOA Editions (A. Poulin Jr. Poetry Prize)

My job is to trick

myself into believing
there are new ways
to find impossible honey.

—from “Spell to Find Family”

How it began: The book happened poem by poem. I didn’t have a very specific project in mind. I wanted to write poems that excited me sonically and formally, that surprised me in their turns, that grappled with a wide array of subjects, such as: family, immigration, queerness, race, misrecognition, labor, pop culture, mortality, love, and “growing up” in a really broad sense. “Growing up” as something ongoing, unfinishable—not a linear process but a messy, multidirectional one. This theme of “growing up” became clearer the more poems I wrote and the more I saw them as being in conversation with one another.

The process of putting together my MFA thesis and working with my advisor, Bruce Smith, helped me take the step from a pile of poems to a poetry collection. After the book won the Poulin Prize, the judge, Jericho Brown, was so generous with his time and insights and helped me reshape and reenvision the manuscript. “Write the book you want to read,” Jericho said. It was the deepest encouragement as well as the most daunting challenge. And I felt that Jericho had inhabited the book in its ideal form, its most compelling state. He saw the potential, and he got me excited to revise.

I cut out about fifteen pages—poems involving this complicated relationship between a queer son and his unaccepting mother that were getting in the way of the book’s main movement. The book went from four sections to three, with that one poem (“Self-Portrait as So Much Potential”) set off on its own at the very beginning (a suggestion from my poet friend Jess Smith). And many poems underwent significant revision, mostly cuts and tightening up of language. I tend to be expansive and want to throw everything in, including the kitchen sink and everything from every kitchen on the planet going back to when kitchen sinks first became a thing; I’m fortunate to have such smart readers and editors who will tell me when my maximalist tendencies are working and I need to pull back.

Inspiration: Robert Hayden. Jean Valentine. Walt Whitman. Joseph O. Legaspi. Nikky Finney. Paul Celan. Audre Lorde. Allen Ginsberg, especially Howl. Richard Siken’s Crush. Frank O’Hara’s Lunch Poems. My former teachers Aracelis Girmay, Martín Espada, Deborah Gorlin, Bruce Smith, and Michael Burkard. Sarah Gambito, especially a poem called “Immigration,” which includes the line, “So what if I don’t love you.” Marilyn Chin’s Revenge of the Mooncake Vixen and Haruki Murakami’s Kafka on the Shore. Pablo Neruda, especially his odes, his poems about the Spanish Civil War, and his book The Book of Questions. I love the range of Neruda’s work. In the United States he’s known for his early love poems, but he wrote so many different kinds of poetry, including some of the most moving political poems. Other inspirations: Buffy the Vampire Slayer; my mother (who is a fabulous storyteller); Tegan and Sara; Paul Klee paintings and their delightful titles; cross-country running; the trees of New England; the Texas sun; the Japanese gay porn star Koh Masaki; guanacos (an animal related to the llama); reduced-sodium soy sauce; Frank Ocean; my high school French teachers; my partner, Jeff Gilbert; our dog, Mr. Rupert Giles (named after the British librarian character in Buffy).

Writer’s block remedy: I have to take breaks. Walk around. Talk to people I like. Watch some TV. Eat a snack. Do a different form of work. I really like doing my laundry; I don’t know why, but I find it meditative and satisfying. It’s weird how much I like doing laundry because I’m not super cleanly when it comes to other things, like my desk, where I do the actual writing. But, nine times out of ten, doing laundry and then putting away all my clothes in a very organized fashion helps me return to the writing with a fresh mind and a sense of calm. When that doesn’t work, I have to accept the draft isn’t going anywhere, at least not at the moment, and I have to will myself to stop staring at the computer screen. And then it’s wonderful to realize that I have a totally different draft or at least some bundle of notes I could attend to. The well doesn’t dry up. I just have to look somewhere else and stop fixating on what I thought was going to be the next poem.

Advice: Believe in your work. Don’t write what you think will get you published. My book got picked up quickly, but it took a longer time for many of the individual poems to get published in journals. Rejection will continue to happen after your book comes out, so really know, for yourself, what you like about your writing. You don’t want to feel like you’re experiencing success from something that doesn’t fully belong to you. It’s so satisfying when someone does (finally!) appreciate the weird thing you’re doing, your weird thing. I’m going to sound Hallmark-y, but I’m serious: Don’t compromise on your heart.

Finding time to write: I’ve found that I’m a much happier person when I make time to write, so I try to do that first. Before answering e-mails, before checking the news and social media, before getting up to take a shower sometimes. First thing. Then I feel like I’ve had at least this small moment to tend to my spirit, to honor what’s most alive or mysterious in how I’m seeing or engaging with the world. I like to try getting a whole draft out, but even a couple lines or one image can make the moment glow, and I can carry that with me into the rest of the day. But, to be honest, much of the time I just try to squeeze in some writing here and there.

What’s next: A second collection of poems, tentatively titled “Your Emergency Contact Has Experienced an Emergency.” A lyric craft essay on Asian American poets and the politics of humor. Some personal essays, but who knows if they’re actually poems, not essays. 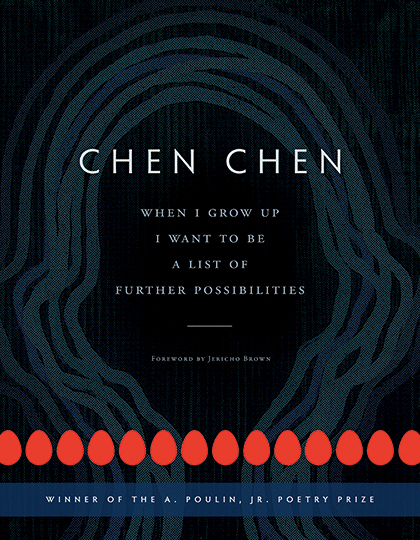 Hometown: Amherst, Massachusetts, by way of Fort Worth, Texas, and Xiamen, China.

Time spent writing the book: The oldest poem is about six years old, but that includes a year of not even looking at it. I started it in college, then sort of abandoned it. This is a poem called “Race to the Tree,” which is probably the most narrative piece in my book. It took a long time to figure out the structure, though it ended up being pretty simple. Simplicity can take years, I guess. I was making edits on this poem up to the last minute before I had to turn in the final manuscript to my publisher. The other poems didn’t take quite that long. Most of my book was written during my MFA, and then I didn’t look at it for a little while after submitting it to contests and reading periods. I revised and revised after the book was picked up in Spring 2016. I work well with deadlines, so I’m glad that I had about five months (and not more than that) until the final manuscript was due last fall. It was a good amount of time for revisions—not too short that I felt rushed and not too long that I felt like I was overthinking everything. Well, I still overthought and over-obsessed, but not for terribly long!

Time spent finding a home for it: I was extremely lucky. I sent my book out to only seven places. One round of submissions in Fall/Winter 2015. I was mentally preparing myself to keep sending it out for many rounds. When I’ve submitted chapbook manuscripts, it’s taken more time and perseverance. When I apply for fellowships and residencies, it often takes a couple attempts at least. So I was stunned to learn that my book was a finalist for Waywiser Press’s Anthony Hecht Poetry Prize and then the winner of the A. Poulin Jr. Poetry Prize at BOA Editions. I was stunned and continue to feel deeply grateful to the readers and editors who’ve responded with such enthusiasm for my work. And it’s been a dream working with BOA.

Recommendations for debut poetry collections from this year: Layli Long Soldier’s WHEREAS. Keegan Lester’s this shouldn’t be beautiful but it was & it was all i had so i drew it (Slope Editions). Nico Amador’s Flower Wars (Newfound), which is one of the best chapbooks I’ve ever read; I’m excited to see what’s next for this poet. I’m painfully behind on new poetry collections, but I’m especially looking forward to reading Javier Zamora’s Unaccompanied and E. J. Koh’s A Lesser Love (Pleiades Press).