This week’s installment of Ten Questions features Anna Wiener, whose memoir, Uncanny Valley, will be published next week by MCD/FSG. As an assistant at a literary agency in New York City in her early twenties, Wiener knew relatively little about the tech-industry: “I was oblivious to Silicon Valley,” she writes, “and contentedly so.” But when the startup buzz reached a fever pitch, the promise of a new career—fresh momentum—eventually drew her out West. Recounting the story of her employment at a big data start-up, Wiener documents the machine from the inside: her peers’ prioritization of endless growth; the drastic gentrification on San Francisco; and the staggering and ever-expanding political power of an elite few. She charts her own coming-of-age within this world, of learning to look closely and ultimately speak out against unchecked growth. A cautionary tale, Uncanny Valley is a fair, thoughtful, but incisive portrait of a still unfolding era. “[Uncanny Valley] is diagnostic and exhilarating, a definitive document of a world in transition,” writes Jia Tolentino. “I won’t be alone in returning to it for clarity and consolation for many years to come.” Anna Wiener is a contributing writer to the New Yorker, where she writes about Silicon Valley, start-up culture, and technology. Her work has also appeared in the Atlantic, Harper’s Magazine, the New York Times Magazine, and n+1, among other outlets. She lives in San Francisco. 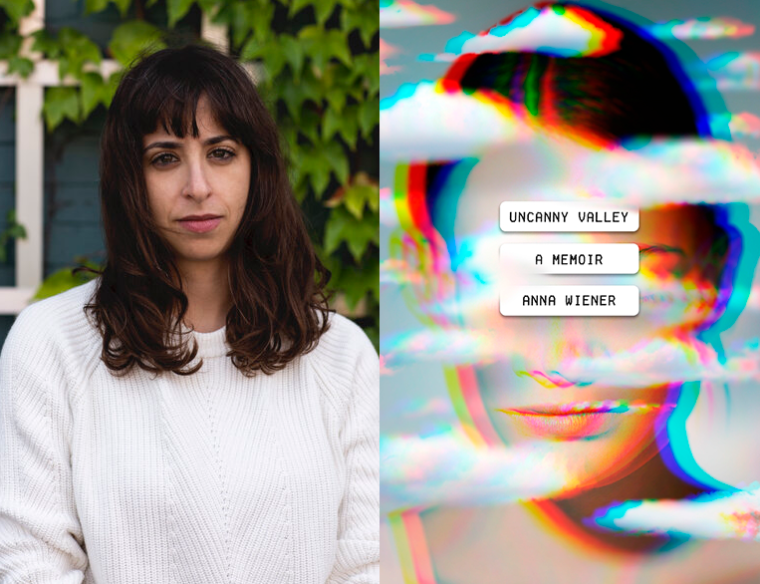 1. How long did it take you to write Uncanny Valley?
Uncanny Valley emerged from a piece I wrote in late 2015, for n+1. I backed off from the material for about two years, then wrote the bulk of the book between the summer of 2017 and mid-2019.

2. What was the most challenging thing about writing the book?
Balancing personal narrative—and, I suppose, emotional accuracy—with critique. It was important to me to err on the side of generosity in writing this book, but I had a very difficult time, especially in 2018, summoning my mid-twenties idealism about the tech industry.

3. Where, when, and how often do you write?
I am not an interesting person. I tend to write from home, at a desk, in a room that is ostensibly my office but is largely a holding place for stray ephemera and neglected paperwork. I often have multiple pieces going at once, and usually alternate between writing, research, and reporting. I wrote Uncanny Valley in a sort of feral state of focus. When I’m focused on work, everything else is out the window, which is a luxury. I’ll stay up until four in the morning, eating popcorn with chopsticks, crouched on my desk chair, revising the same sentence forty times—a rabid sort of perfectionism. It does not necessarily improve the writing, but I can get stuck in it.

My life is strange now, in that I largely have control over my own time. Having a full-time job was a forcing function. The best days were cleanly split: I would do my tech job remotely, from about 7 AM until 2 PM, take a walk, eat something, then return to my apartment to write. It felt like such decadent productivity.

4. What are you reading right now?
Where the Light Falls, a collection of short stories by Nancy Hale; The Factory by Hiroko Oyamada; and Branko Milanovic’s Capitalism, Alone.

5. Which author, in your opinion, deserves wider recognition?
Impossible question! An endless list, especially as there are so many forms of recognition. With respect to Silicon Valley, I do wish more people, especially of my generation, would read Ellen Ullman. I think a lot of people out here would take great pleasure in her writing about technology, and her insights on an earlier iteration of the Valley. Her memoir Close to the Machine is wonderful.

6. What is the biggest impediment to your writing life?
Depression, self-discipline, anxiety, the internet.

7. What do you most value in your editor (or agent)?
My agent, Chris Parris-Lamb, is a great reader and a smart editor; he’s also brutally honest and quick with clear, straightforward advice. His calmness is a gift.

8. What is one thing you might change about the writing community or publishing industry?
The industry has a lot of problems to untangle, some unique, some more reflective of inherited social problems: insularity, homogeneity, stagnant salaries, lack of pay transparency, credential thirst, literary risk aversion, minimal incentives for mentorship, etcetera. There’s a fairly clear hierarchy in publishing. Most people start at the same place, as assistants, and the climb tends to be slow. I suspect that changing some of the hiring practices at the entry level—by, say, increasing assistant salaries, which would make these jobs tenable for a larger and more diverse group of people—would resonate in all sorts of ways, and pay off tremendously down the line.

9. Who is your most trusted reader of your work and why?
It depends on the project, and the stage—I try to choose early readers carefully. One of the first people to read a draft of Uncanny Valley was my friend Hannah, whom I’ve known for almost twenty years. She’s a writer, and a fantastic reader, but it’s also just impossible to bullshit someone who knows your family and can recite your tenth-grade prose poetry. I trust her to tell me when I’m embarrassing myself.