If Molly Friedrich has the greatest voice and Jud Laghi has the greatest mustache and Chris Parris-Lamb is the tallest and Scott Moyers is the nice guy, then Jennifer Joel is the best literary agent you’ve never heard of. Or at least that’s the impression I get when I mention her name to writers. I don’t know why this should be—Lord knows, every other book you see on the subway is one of hers—but it certainly feels true. 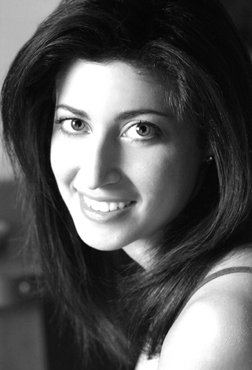 One night I mention this questionable insight to my wife, who is both a literary agent and a writer who is represented by Jennifer Joel. My wife agrees that it feels true. She doesn’t know why it is, either, and hazards a guess that maybe Jennifer Joel spends so much time kicking the crap out of editors and hanging out with heads of house that she doesn’t have time to attend writers conferences or give interviews to writers magazines.

I vow to change that and call up ICM, where Jennifer Joel works. When I finally get her on the line—it always takes a few minutes to get Jennifer Joel on the line, which is a good sign—I ask her what’s up with some agents. I elaborate a little. When I’m done, Jenn chuckles the chuckle of a literary agent wise beyond her years. “I think a lot of agents are under pressure to keep selling new things,” she says judiciously. But then she gives me something I can use: “I’m always amazed at the bad-agent stories I hear about people not participating in the least. It amazes me that some agents think it’s always a better use of their time to move on to the next thing. To me, it’s so much easier to focus on the books you’ve already sold and make sure they work.”

It also feels a lot better. Even in the worst case of a publisher not caring about a book, if the editor has a good enough relationship with the agent to tell them what’s really going on, a wonderful spirit of teamwork can emerge among author, editor, and agent. One editor notes that the best agents find a way to be “aggressive and collaborative, as opposed to aggressive and adversarial.” She adds, “There’s an intangible feeling of closeness and collaboration that we all know leads to the success of a book.”

Scott Moyers agrees with that sentiment: “Over time you develop deeper relationships with editors who have the right sort of collaborative spirit and share information without your feeling like you have to be a noodge about it.” One editor goes even further: “The best agents I’ve worked with are the ones who are really great at facilitating a relationship between the author and the editor. They are okay with that relationship being as close as theirs is. It sounds simple, but it’s really important for the author to have a trusting relationship with both his agent and his editor.”

A different editor sums it up best. “When agents are working well,” she says, “they give you the sense that they trust you know what you’re doing but that they want to help you do it better. They sold you the book in good faith and with the understanding that they will be there to help you out.”

All of the agents I spoke with for this article are that kind of agent, and there are dozens like them across the country, from Boston to Denver to San Francisco. The hard work they do after their manuscripts are sold, Jennifer Joel notes, is not always visible or tangible. “There’s not a deal to announce at the end of that process,” she says. When I ask her why some agents haven’t gotten the memo about how important it is to be an active partner on the road to publication, she speculates that some agents may not see the financial incentive. As an agent, after all, your author would have to sell a lot of books for the commission you receive to seem like it was worth your time and energy. Why not move on to the next sale? An estimated 80 percent of agents do just that, according to one senior editor I interviewed.

At this, Jennifer Joel unleashes another of her knowing chuckles. “Because when a book really works, and you’ve played a big role in making that happen, it’s worth everything you’ve put into it—and then some."

Jofie Ferrari-Adler is a senior editor at Grove/Atlantic and a contributing editor of Poets & Writers Magazine.

Nat Sobel, one of the most forward-thinking and outspoken agents in the business, voices his opinions on what authors should do for themselves, the dangers of MFA programs, and what he finds in literary magazines.