A different senior editor told me a story about a book she’s publishing right now. There was genuine heartbreak in her voice. “The marketing department is just not interested in it at all,” she said. “They’ve put their priorities elsewhere. So the book has sort of been forgotten.” The editor is very unhappy about this, and so is the agent. (It isn’t clear if the author knows that his book has “sort of been forgotten,” but I suppose he will know soon enough.) The editor told me that the agent has at least tried various things. She has pressed for a meeting to discuss marketing and publicity. She has pressed for a marketing plan. “She’s done as much as she can possibly do,” the editor said. “But there comes a point when even she realizes that she can’t force the marketing department to do anything.” 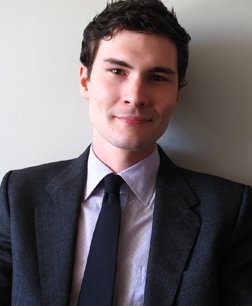 Chris Parris-Lamb has been there. If Molly Friedrich has the greatest voice of any literary agent who has ever lived, then Chris Parris-Lamb is the tallest literary agent who has ever lived. This tends to give him a good perspective on things. “The most important part of my job is to have a sense, which an author won’t necessarily have, that things need to be happening. I never presume to know better than the publisher how to publish a book. But I’ve been around long enough to know when warning flags are going up—when things are happening that shouldn’t be happening or, more often, when things aren’t happening that should be happening.”

Chris stresses that you have to be careful not to cross the line. He underscores that you have to be careful with your tone, that you have to be careful not to become a problem. He adds that this applies to both agents and authors, and he is right. “But if you just sit back and expect that all these great things are going to happen for your book, then other authors and their agents who are making more noise and asking more questions…” Chris trails off. He is choosing his words with care. He knows that this part of our conversation will be quoted, and he is trying to articulate something in a way that is both true and responsible. Eventually he puts it like this: “Every time I pick up the phone or send an e-mail to ask the editor what’s happening with the publication of the book, and they have to go get an answer, it means that a conversation is being had about that book within the house.” A conversation that probably wouldn’t have happened without an agent like Chris to make it happen.

Chris tries to keep a cool head on the road to publication. Chris likes to assume that we’re all adults here, we’re all professionals—even if some of us routinely prove otherwise—and he just wants to get the job done for his authors. He goes into the editorial process hoping it will go so smoothly that he “won’t really be necessary.” But he’s also encountered “some frankly shocking situations of editors not editing.” With one first-time writer who realized that his first draft needed a lot of work, the editor’s comments just scratched the surface. So Chris and the author rolled up their sleeves and worked on it around the clock for four days to make the production deadline. When they delivered a totally different manuscript to the editor, she never said a word. Did Chris call her on it? “It’s very delicate,” he says. “I tend to think purely pragmatically about it. We need that editor to continue to be an advocate for the book throughout the process. So I didn’t think it was worth it to scold her for something that had already been fixed. I think it’s more a case of, ‘Well, I learned something about that editor.’”

Another time the conflict involved a book’s title; the publisher wanted to change it and the author did not. Chris framed the conflict for the author in this way: “I said, ‘If you want to fight this, we can fight it. The title is different than the cover—the title is a part of the work. But the more capital we spend here, the less we’re going to have in the bank down the road when other conflicts come up.’” After giving it some thought, the author decided that he wanted to spend the capital. “The publisher wasn’t happy about it,” Chris says, “but the rest of the process went very smoothly because the author understood that he basically couldn’t complain too much about anything else. He had to be flexible.”

Bad things can happen when authors don’t have good agents to explain things like this to them. One editor told me, “Your agent should really counsel you on how to interact with the publishing house.” Another said, “The agent is crucial in holding the author back from being obnoxious.” Another was even more pointed: “When you’re talking about a midlist book that people in-house are moderately excited about, a lot of writers don’t realize how much it matters for them to just be a decent person. I’ve seen books totally killed because people are like, ‘He’s an asshole.’ We may like the book, but it’s not a big enough book for us to want to work with an asshole.”

No step in the publishing process is more prone to conflict, or more emotionally wrenching, than the process of selecting a cover. Many authors view their cover as a deeply personal expression of their book. At the same time, many publishers view covers as little more than marketing devices. Both arguments have some merit, of course, and the result is that conflicts can rise to the level of blood sport. According to one editor, the bloodier it gets, the more valuable a good agent is. “When the author is unhappy with something and I think that unhappiness is unwarranted,” she says, “I will speak to the agent because I know I can explain to them in business terms why something is happening. I can say to the agent, for example, ‘Sessalee Hensley [the fiction buyer] at Barnes & Noble really loves this jacket, and that’s why we can’t change it.’ The writer may think, ‘Why does the opinion of someone I don’t know matter more than mine?’ But the agent can explain that.”

And then there are the internal politics within the publishing house. When it comes to covers, the variables can range from time constraints to financial considerations to the artistic temperaments of jacket designers. In a perfect world, no editor wants to show an author a cover that she doesn’t like herself. But when a deadline is looming, editors sometimes find themselves in a position where, in order to remain good team players, they can’t go back to the art department with their concerns. In that situation, one editor told me, “I have on many occasions called the agent and said, ‘I can’t put what I’m about to say in writing. But I’m going to send you a cover. I don’t think it’s bad. But I do think we could do better. My e-mail is going to say that we’re all excited about it. If you and the author love it, great. But if you don’t, this is just my invitation to you to be very explicit about why, and what we could do.’ Because in that situation I can’t really go back to the art department and get anything done without the agent weighing in.”