"There’s a culture of fear right now,” says Jud Laghi, who is another literary agent who knows what he’s talking about. Jud’s voice doesn’t compare to Molly’s—sorry, dude—but Jud is still a very good literary agent. You’d be lucky to have Jud in your corner. Jud plays the guitar and has a cool tattoo and occasionally wears a mustache that makes him look like a biker. Jud has worked at ICM. Jud has worked at LJK. These days he’s on his own. 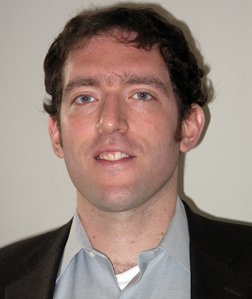 Jud is telling me about the culture of fear. “A lot of it has to do with how hard it’s been to predict which books are going to sell,” he says. “The people in sales and marketing have the most direct connection to the money side of things, so they’ve developed more and more power. The editors have had their legs cut out from under them. As an agent, you can find yourself in a position where you’re conspiring with the editor to come up with ways to impress sales and marketing.”

Jud was talking on the record just there so he was trying to be nice, but I can tell you that what he said was an understatement. As an editor, the experience of trying to publish a book for which your house has paid an unexceptional advance and that nobody else in your company has any personal investment in can make you feel like you’d have more luck wandering back in time to 1916 and plopping down in a trench in Europe. It can be quite a feeling.

I asked some editors I know to tell me what they want and need from an agent on the road to publication. Their responses read like a cry for help:

“A good agent will help us fight the battles we need to fight.”

“The most productive relationships I have with agents are the ones where I can level with them. If I can call the agent up and say, ‘Here’s what I need you to harass me about,’ and they do, I can take it to my boss, or the publicity director, or whomever.”

“There are some agents I like tremendously as people, but I know that my writers would be better off if they had someone who was more aggressive.”

“I’d rather have someone who oversteps boundaries.”

“A good agent puts the editor on the defense every now and then. In certain situations, to do his job well, he should.”

I wish I could tell you the names of the five editors I just quoted. I truly do, because they would impress you. But editors are a little afraid of losing their jobs at the moment, and because I wanted the ones I talked to for this piece to tell me things that were true, interesting, and useful instead of hot air, I promised that I wouldn’t use their names. What I can tell you about them is that they are all senior-level editors at good literary houses. You’re just going to have to trust me.

Let’s go back to the first editor, the one who said, “A good agent will help us fight the battles we need to fight.” She said something else that was true and interesting and useful: “The editor is in the position of being the defender of the house to both the author and the agent in terms of describing why we’re doing what we’re doing, but it’s also a huge part of the editor’s role to be the defender of the book within the house. Particularly when it comes to the smaller books, you have to spend a lot of time making sure people realize what a great opportunity they have on their hands.” Then she said another thing that was even more true and interesting and useful, if a bit depressing. “The problem is there’s always this one book that’s got to work, and you’re all focused on that.”

I knew what she was talking about, of course. What editor hasn’t sat there pounding the drum pointlessly for some terrific little novel while all of her colleagues are feverishly flogging the book that got a bazillion-dollar advance? I forced myself to ask her the follow-up question anyway: “What happens to everything else on the list?”

Nat Sobel, one of the most forward-thinking and outspoken agents in the business, voices his opinions on what authors should do for themselves, the dangers of MFA programs, and what he finds in literary magazines.