Scott Moyers spent about fifteen years working as an editor before he switched sides a few years ago and became an agent. Scott is smart and cheerful and good natured. I’ve never heard anyone say a bad word about him. People like Scott, and were a little surprised when he went to work for Andrew Wylie at the Wylie Agency. In case you don’t know, people do not like Andrew Wylie. I would not go so far as to say that most people in the publishing industry actively want Andrew Wylie to die, but I would say that most people in the publishing industry are excited by the idea that Scott may take over for Andrew Wylie some day. Now that I think about it, hiring Scott probably proves that Andrew Wylie is some kind of genius. 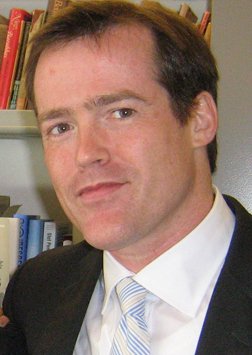 I thought it would be interesting to get Scott’s take on all of this, given his experience on both sides of the desk. Here is the first thing Scott says: “I do have some sense of what a well-managed process looks like and what best practices look like. So, on the one hand, I can help manage an author’s expectations and return him to the reality-based community if that’s necessary. On the other hand, I can be pretty critical when I think something’s being handled in a sloppy or thoughtless way on the publisher’s side.”

Scott acknowledges that a big part of his job is to “try to have some kind of effect on the allocation of resources before the die is cast,” but adds that he tries not to be a squeaky wheel unless there is something to squeak about. I ask Scott to try to recall some of the tricks he would use to make his masters pay attention to a book when he was a powerless editor. “I would encourage agents to, you know—nudge, wink—ask me to set up a meeting before publication to talk about the launch. It was easier if it came from the agent. It’s just good to get everybody’s mind concentrated and get everybody in the room together to meet the author and just kind of kick the tires and talk things through. Things emerge in the spirit of brainstorming. People come up with things and commit to doing things for the book.”

When I ask Scott to explain why it’s easier if the agent asks for the meeting, he says, “It’s easier on the editor because a request like that can be perceived by his colleagues as a sort of implicit rebuke, even though that’s not the intent. If you ask publicists whether these meetings are necessary, by and large they would choose not to have them. A publicist would say, ‘I’m doing everything I can do. I’ve got my plan. I don’t need the backseat driving.’” Scott notes that these meetings require a lot of preparation for the people in the marketing and publicity departments and that, as an editor, you have to be careful about how often you request them. “You don’t want to burn out the circuits,” he says.

But as Scott and every other agent knows, editors have no power over their publicity or marketing departments (other than their powers of persuasion), and the point of setting up a meeting before publication is less about backseat driving than about making sure driving is being contemplated. When I ask one editor—who cops to sending the same kind of surreptitious e-mails as Scott—if it helps her when agents are aggressive in the run-up to publication, she is unequivocal. “Absolutely. I can walk around to the different departments and say, ‘I really wish you were doing more for this book,’ but if the agent comes in, then it’s somebody they need to respond to. There have been many times when I’ve asked the agent to put something in writing so I can forward it on. Believe me, my colleagues are not always happy about it, but they do feel a little more responsible to somebody outside of the house.”

The problem, the same editor points out, is that editors get so busy. “You’re working on quite a few different books at the same time and you’re not always going to notice that a book isn’t getting the attention it needs until the agent calls you up and complains. If the agent is aggressive enough about it, you do want to keep her happy. Because a good agent is someone who also has good taste and you want to make sure she’s going to keep submitting to you. I know that motivates me.”

On the flip side, the editor says, “A lot of agents sell you a book and sort of cross it off their list and go on to the next sale. And some of the agents we think of as the best agents are slackers like that.”

When I mention this comment to another editor, along with the name of a very prominent agent that I artfully edited out of the last quote—you’re welcome, slacker—she laughs and says, “I’m always surprised at how unhelpful some agents are. Sometimes I’m just thinking, ‘How is this working for you not to be helping me with this?’”

After the editing of a book is done, she says, her job is basically to have one million conversations about that book. “A good agent will help start those conversations and give me all the fuel I need to do that well. For example, a good agent keeps me completely abreast of everything that’s happening with foreign rights. If anything good happens for it anywhere, and I know about it, that adds one new thing that I can say in my one million conversations.”

When the time comes to start thinking about blurbs for the jacket, this editor, like most good editors, will call up the agent to brainstorm. Who do you know? Who does the author know? Who do we not know but can figure out how to reach? “Some agents are very helpful and gung ho and inspired about that, and some are not, which shocks me.” Don’t get her wrong. She understands that rounding up four midlist writers to comment on her midlist book is not going to launch it onto the best-seller list. “But those blurbs let me have another conversation about the book,” she says. “They let me continue trying to build enthusiasm and add to how often the people in my circle are hearing about the book. If there’s nothing new to say, I’m not going to just keep saying the same thing.”