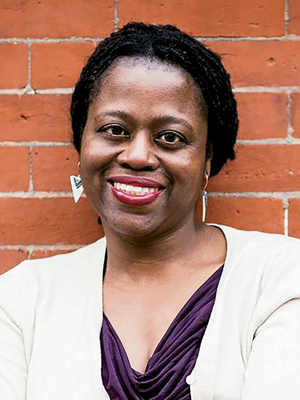 Bessie Coleman was the first woman Eloise Delaney loved—before she knew love meant anything. There is a rectangular photograph cropped from the Buckner County Register, a local Negro paper, of Coleman standing atop the left tire of her Curtiss JN-4 “Jenny” biplane. Her gloved right hand hugs the cockpit. She is decked out in tailored aviation gear and stares directly into the camera. The photograph is at least thirty years old and dates back to 1926, the year of the brown aviatrix’s untimely death, but for Eloise’s parents the crash might have happened yesterday. They were the town drunks and time played on them murky.

“Wasn’t that a play or something?” Delores Delaney snapped her fingers. “All God’s Chillun Got Wings”?

Herbert shrugged. “She getting ahead of herself. Wanting to take flight.”

“Well, He sure as hell didn’t want her to live. Otherwise, that damn plane wouldn’t have malfunctioned.”

Bessie Coleman’s plane had crashed during a barnstorming exhibition in Orlando, Florida. Delores Delaney liked to brag that she stood right smack-dab in the middle of the crowd the morning “Brave Bessie” was catapulted two thousand feet to the ground, but Eloise knew better than to place stock in anything a drunk said, especially when that drunk was her mother.

Nevertheless, Eloise would remember these rare evenings from her childhood when she sat at the kitchen table on a broken stool between her mother and father and the three of them peered down together at the newspaper clipping and she did not have to vie for their attention with beer, bourbon, scotch, or gin.

Eloise’s parents worked at the seafood-processing factory two miles out of town. They had grown up shucking oysters and picking crabs and gutting fish. Getting paid for doing something that was second nature to them was like being given money to go on vacation. They could pick crabs with their eyes shut and lose nothing in speed. Sometimes their anxious fingers moved in their sleep, discarding the dead man and the pregnant she-crab belly and flicking out the tender white meat. Every so often, the manager of the seafood factory was forced to make an example of Herbert and Delores for coming to work inebriated or late or not at all. He would let them sweat their imbibing out and Eloise would go hungry until they managed to sidle back through the factory door.

The seafood factory was situated in a warehouse overlooking a salt marsh. When the picking season was high, Herbert and Delores would take their daughter to work with them. She would peer out the tall windows at the herons and seagulls and pelicans and ospreys and charcoal-black cormorants scouring the marsh for feed.