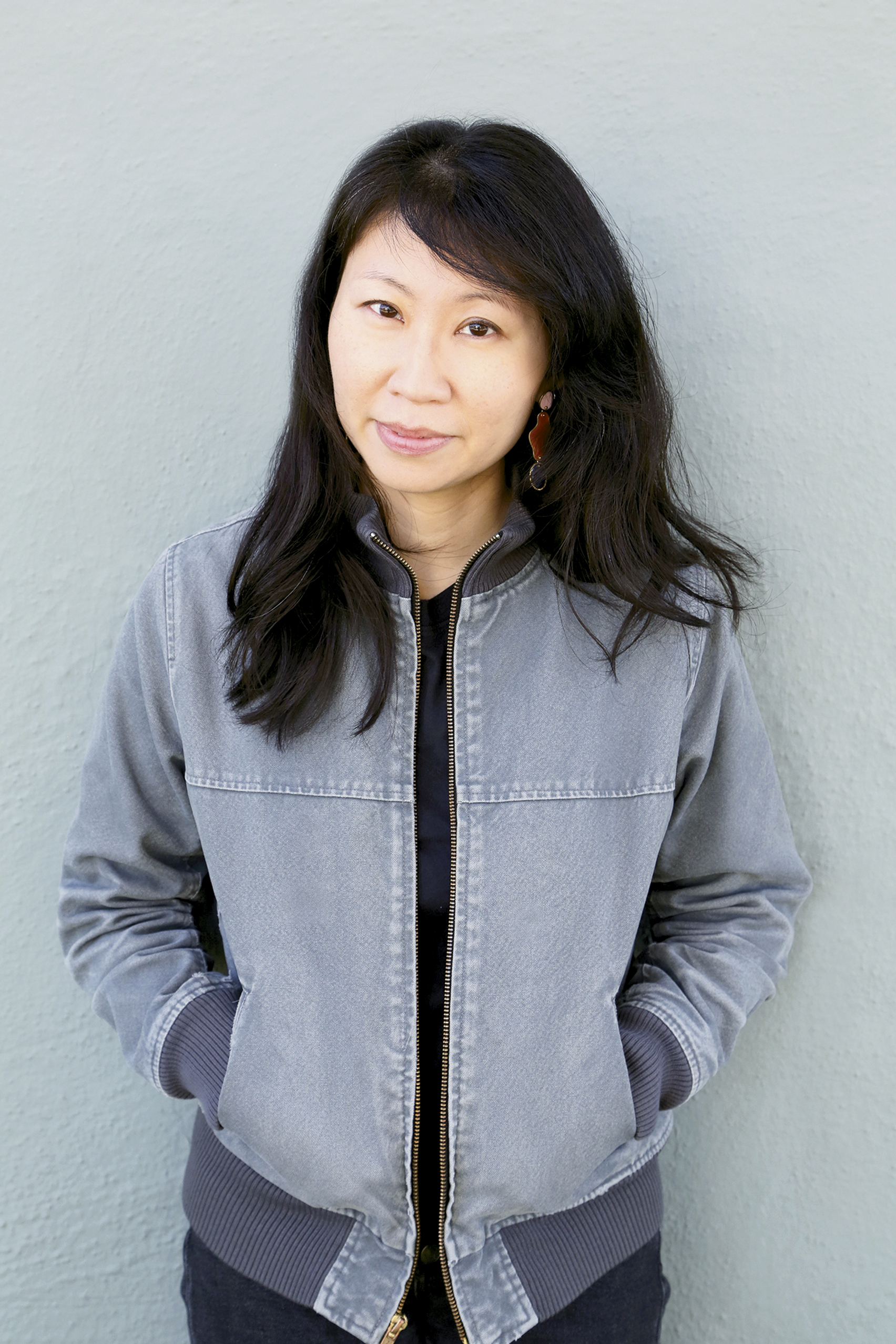 Pei-Pei was the only one home when I woke.

“How are you feeling?” she asked. It was a real question, without sarcasm.

The door was open, but no sounds drifted in from the other parts of the house. From my bed I could see Pei-Pei lying on her stomach, kicking her legs. My pillow obstructed part of my view. Her bare feet swung in and out of my sight.

She was still in her sleeping clothes, a set of faded blue long johns with sleeves that were too short. The elastic at the wrists was loose. Her long black hair was tied back, and the shorter front pieces were matted to her temples. When I swung my legs out from the covers, I was wearing pants I had never seen before.

“It’s Tuesday,” she added. “You went to the hospital.”

She didn’t respond. Her legs pedaled the gummy air.

“We have to go,” I said. “They’re showing the launch. Did we miss it already?”

She nodded. “Yeah, it was last week.”

“Everyone died.” She sat up and stared at me, evaluating something in my face.

“What are you talking about?”

“There was a huge cloud of smoke, and then nothing came out of it—no shuttle.”

“What?” I looked around to see if someone, my father or Natty, was laughing at me from the closet. But the door was open, and there were no legs or feet beneath the hanging clothes.

“Believe me. I saw it happen.”

I shook my head, trying to find room for what she was saying.

“There’s something else,” she said. She pushed at a spot on the bridge of her nose. Her face was completely bare and her hair was clawed back. Behind her thick glasses her lashes were sparse, and her eyes were very small and black.

Suddenly I was afraid to look at her face. I tried to smooth the folds in the fitted sheet. It was not my usual one, and the fabric was all twisted and bunched. Later I would discover it was too big for my bed. When I helped my mother change it, we had to shove handfuls of it under the mattress, hiding its excess.

I laughed. I pressed on a wrinkle in the sheet with the heel of my palm, trying to spread it flat.

Pei-Pei took off her glasses and shook them as though they were filled with dust. “You heard me,” she said, “and I don’t want to say it again.”

“How?” I asked. As I said it, I pressed a hand to my throat to stop a noise. There was an expanse between what I was saying and what I understood myself to be saying, and the giggle in my chest was trying to morph into something else.

“She got sick. There was an outbreak at school.”

“But she doesn’t even go to school yet.”

We stared at each other. Without her glasses on, Pei-Pei’s eyes had expanded. They were not quite black, but the color of winter soil after the snow was scraped away.

She slipped her glasses back on and stood up. She walked to Ruby’s bed, leaned over it, and pulled the blinds up. Light washed over the room; the carpet turned from tan to blond, and the walls glowed. “We’re having a warm spell,” she said. The faded floral blooms on Ruby’s sheets were almost translucent as they bore the brunt of all that sun.

I gazed at Ruby’s bed. It was neat; she almost never slept in it. Her pillow was missing, though, and that one small absence made me uneasy.

After Pei-Pei left, I made my way to the window. I sat there trying to adjust my eyes to the light. Outside, at the end of our dirt driveway, were four trash bags, each opaque black and straining with contents I couldn’t fathom. The bags were knotted, dimpling on top, leaning on one another. One had fallen on its side. Soon I would find myself searching for things around the house: my backpack, my coat, my shoes. My mug, which I had chipped against Natty’s mug in a test to see whose was stronger. It began to seem that everything I had ever touched was missing. Or at least the things most familiar to me were gone.

The Unpassing by Chia-Chia Lin by Poets & Writers