There There
by Tommy Orange 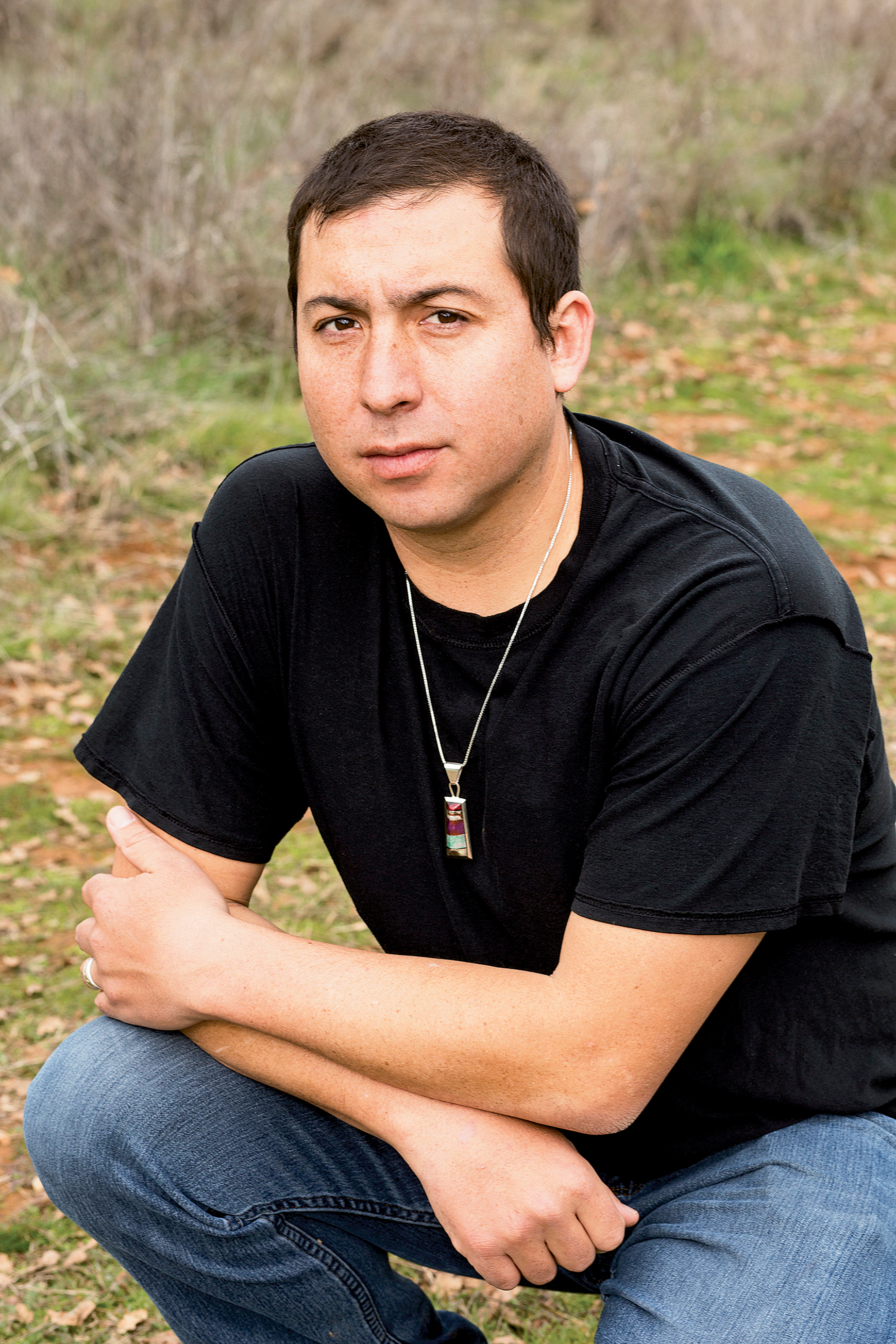 Blood is messy when it comes out. Inside it runs clean and looks blue in tubes that line our bodies, that split and branch like earth’s river systems. Blood is ninety percent water. And like water it must move. Blood must flow, never stray or split or clot or divide—lose any essential amount of itself while it distributes evenly through our bodies. But blood is messy when it comes out. It dries, divides, and cracks in the air.

Native blood quantum was introduced in 1705 at the Virginia Colony. If you were at least half Native, you didn’t have the same rights as white people. Blood quantum and tribal membership qualifications have since been turned over to individual tribes to decide.

In the late 1990s, Saddam Hussein commissioned a Quran to be written in his own blood. Now Muslim leaders aren’t sure what to do with it. To have written the Quran in blood was a sin, but to destroy it would also be a sin.

The wound that was made when white people came and took all that they took has never healed. An unattended wound gets infected. Becomes a new kind of wound like the history of what actually happened became a new kind history. All these stories that we haven’t been telling all this time, that we haven’t been listening to, are just part of what we need to heal. Not that we’re broken. And don’t make the mistake of calling us resilient. To not have been destroyed, to not have given up, to have survived, is no badge of honor. Would you call an attempted murder victim resilient?

When we go to tell our stories, people think we want it to have gone different. People want to say things like “sore losers” and “move on already,” “quit playing the blame game.” But is it a game? Only those who have lost as much as we have see the particularly nasty slice of smile on someone who thinks they’re winning when they say “Get over it.” This is the thing: If you have the option to not think about or even consider history, whether you learned it right or not, or whether it even deserves consideration, that’s how you know you’re on board the ship that serves hors d’oeuvres and fluffs your pillows, while others are out at sea, swimming or drowning, or clinging to little inflatable rafts that they have to take turns keeping inflated, people short of breath, who’ve never even heard of the words hors d’oeuvres or fluff. Then someone from up on the yacht says, “It’s too bad those people down there are lazy, and not as smart and able as we are up here, we who have built these strong, large, stylish boats ourselves, we who float the seven seas like kings.” And then someone else on board says something like, “But your father gave you this yacht, and these are his servants who brought the hors d’oeuvres.” At which point that person gets tossed over­board by a group of hired thugs who’d been hired by the father who owned the yacht, hired for the express purpose of removing any and all agitators on the yacht to keep them from making unnecessary waves, or even referencing the father or the yacht itself. Meanwhile, the man thrown overboard begs for his life, and the people on the small inflatable rafts can’t get to him soon enough, or they don’t even try, and the yacht’s speed and weight cause an undertow. Then in whispers, while the agita­tor gets sucked under the yacht, private agreements are made, precautions are measured out, and everyone quietly agrees to keep on quietly agreeing to the implied rule of law and to not think about what just happened. Soon, the father, who put these things in place, is only spoken of in the form of lore, stories told to children at night, under the stars, at which point there are suddenly several fathers, noble, wise forefathers. And the boat sails on unfettered.