A Lucky Man
by Jamel Brinkley 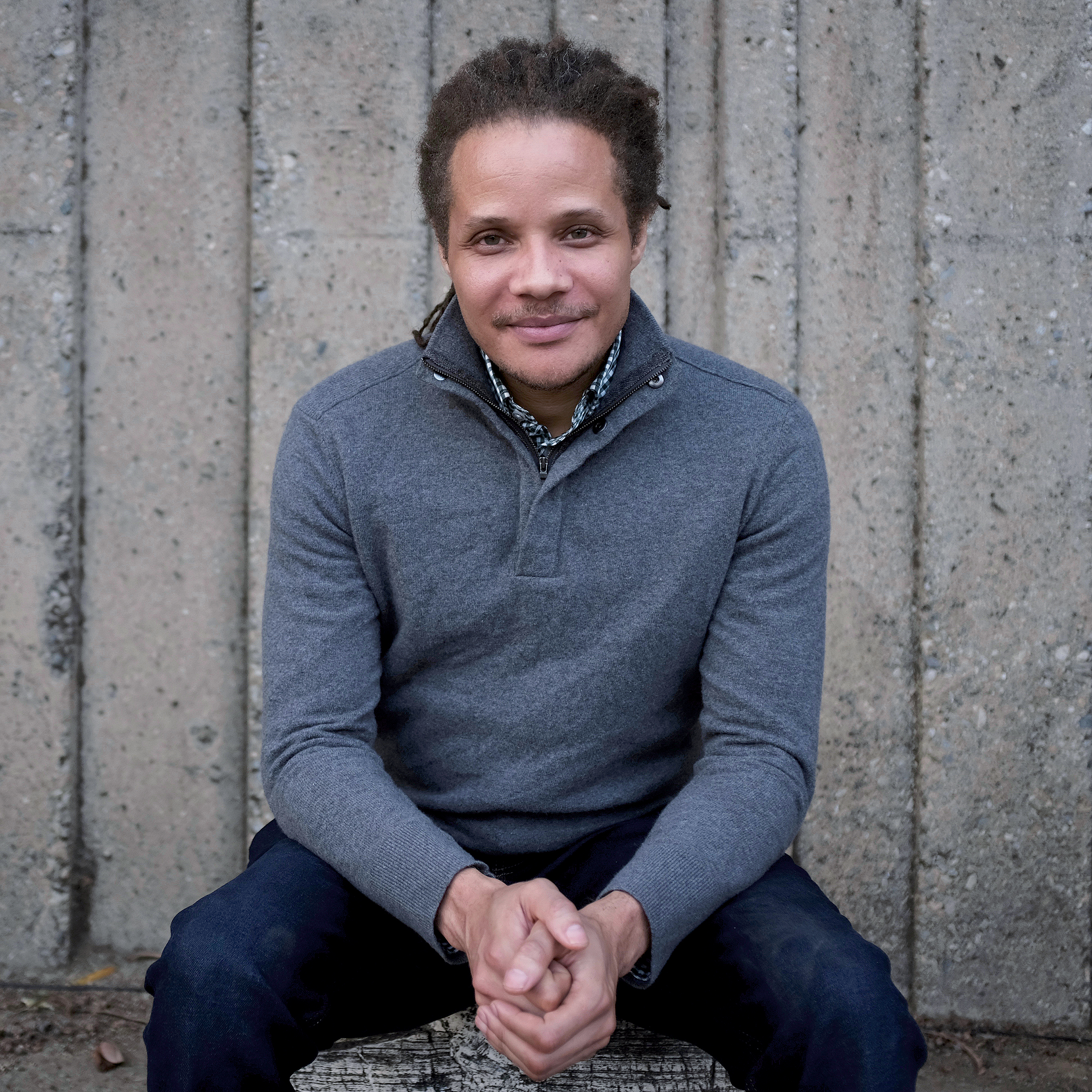 James kept busy at the security desk now, doing the work of both men while Lincoln sat there with his stomach on his lap. He felt a sort of bond with James now, a familiar gratitude. But one gets sick and tired of saying thank you. When he was engaged to Alexis, and during their first years of marriage, his friends would also tell him how lucky he was, but this was said as a joke. Lincoln would say thank you and agree, would tell them how grateful he was for her, but this wasn’t true. He deserved her—this was what he believed, and he knew this was what his friends believed in. A man of a kind should get what he deserves, and if a man like him couldn’t get a woman like her, then something was terribly wrong with the world.

James snipped withered leaves from the spider plants, a thing he’d never done before. Do her friends tell her she’s lucky? Lincoln wondered. Has Donna said that to her? Has her mother told her to give thanks for her man? She might be saying it now as they picked plums and nectarines at the fruit market, or sat out on the porch shelling peas. Surely this was foolish thinking, just as foolish as thinking Tameka would spend these years breaking the hearts of any eager Georgetown boy who wasn’t like her father. Lincoln came to understand that this had always been part of his vision for himself, to have children who adored him—a son who resembled and worshipped him, a daughter for whom no other man would ever measure up. This was part of what he couldn’t see before he married. But there was no son, and the years of Tameka’s life had marked his decline.

She had grown up watching it. His professional gambles with the boxing gyms, and the attempts at training and managing, had failed. His charm and stature no longer earned him opportunities, and in New York he had no reputation. He was lucky, he knew, to have his job at Tilden, steady and respectable work, but years ago he and his wife had deserved each other. Time had not treated them equally. Why did he expect otherwise though? With any two people one would get the brunt of it, and time had hit him worse than any beating he’d ever seen in the ring. He felt it had brutalized him. What did his wife think? Alexis had always been kind and supportive, but in her privacy she had to keep thoughts. A long marriage forced you to witness or suffer such brutality. Lincoln wondered, not for the first time, if this was exactly what marriage meant.

Across from the front desk, James pulled the director of security aside. Lincoln couldn’t hear what they were saying, but the discussion had the look of seriousness. He approached, but the director stopped him short with a flat stony hand, which he closed into a fist before lowering. Lincoln went back to his chair.

One day his wife’s looks would go. Creases would line her face, the skin there would loosen and thin, pouches would form under her eyes, maybe little dewlaps like his under the jaw. And her mind, it would start to slip and show weakness too. Everything cracks eventually. But when? How long would it be his good fortune to have her? How long until he could just plain have her again? Her smooth face. Even after all these years he longed for it, to rub his cheek against hers and breathe hot words into her hair—there’d been no diminishment of that feeling. He still had those appetites, and she did too. Yet he also felt the urge to press the sharps of his teeth against her face, to bite down and place the first deep crack in it. When pulled by contrary desires, you often don’t do anything at all. So on evenings and weekends he’d sit at home like a chastened boy, captive to her every small gesture. He didn’t want to lose her.

But Lincoln was a man with luck—yes, he still had it, James had said so and he was right. Good fortune can change in an instant, however, or it might never, but whatever it does has nothing to do with you. For years it had persisted in following him. It went home from work with him, lived with his family, claimed a space between him and his wife in their bed. She still had her light, but his was his luck. If it left him, she would too. No one would blame her. Neither Donna nor her other girlfriends, nor her mother, nor their daughter. Nor James. Maybe James had been wrong earlier. Maybe Lincoln’s luck had already abandoned him—his wife was gone for now, after all. Or maybe Lincoln was the one with wrong notions—maybe, slumped in his chair at the desk, unable to muster the little strength it took to hold in his belly, it was his luck that he was alone with.