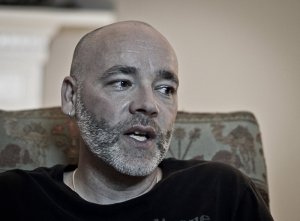 Sean Murphy has been publishing fiction, poetry, reviews (of music, movie, book, food), and essays on the technology industry for more than twenty years. He has appeared on NPR’s “All Things Considered” and been quoted in USA Today, The New York Times, The Huffington Post, Forbes, and AdAge. A long-time columnist for PopMatters, his work has also appeared in Salon, The Village Voice, Washington City Paper, The Good Men Project, Memoir Magazine, and others. He has been nominated for the Pushcart Prize two times, once for short fiction and once for poetry. His poems have been widely anthologized, including the collections Revisiting the Elegy in the Black Lives Matter Era, This Is What America Looks Like, Lo-Fi Poetry Series: Poet Sounds, and Written in Arlington: Poems for Arlington, VA. The author of a memoir, novel, and two collections of non-fiction, he has completed his first collection of short fiction and is working on a second collection of poems. His first collection, THE BLACKENED BLUES, is forthcoming (July 2021) from Finishing Line Press. He was previously the writer-in-residence at Noepe Center for Literary Arts at Martha’s Vineyard. He’s Founding Director of 1455, a nonprofit organization seeking to advance the appreciation of and passion for the literary arts through programs that support expression, education, and the sharing of writing and literature, based in Winchester, VA. As a former analyst for the technology industry, he wrote extensively about the ways an increasingly digital reality is changing lives, not always for the better. These essays and articles inspired his podcast The Intersection of Innovation and Culture, which focused on the ways technology, despite its inherent contradictions, has undeniably democratized content and provided a more inclusive environment for creative endeavors. At 1455, Murphy has established the bi-monthly publication MOVABLE TYPE, and curated The 14:55 Interview series, which features writers and artists discussing their work, their influences, and what inspires them. Sean lives in Reston with his wife Heather and their three dogs.

Gives readings:
Yes
Travels for readings:
Yes
Identifies as:
American
Prefers to work with:
Any
Fluent in:
English
Born in:
Please note: All information in the Directory is provided by the listed writers or their representatives.
Last update: May 20, 2021
X