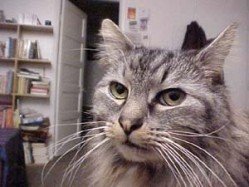 Alpay Ulku's first collection is Meteorology (BOA Editions), which was selected as an "Notable Debut" by the Academy of American Poets book club.

His poems have appeared in literary journals such as Agni, The American Poetry Review, the Antioch Review, Boulevard, Crazyhorse, Epoch, The Fiddlehead, Field, The Gettysburg Review, The Malahat Review, The Northwest Review, Ploughshares, Poetry Northwest, and Witness, among others. His work has been anthologized in American Poetry: The Next Generation; Poetry Daily; and City of the Big Shoulders: an Anthology of Chicago Poetry. His poem Three Rivers was selected by senior Slate editor Michael Agger for their "Best Valentine's Day poems" feature, and his poem The Stiller of Atoms was selected by the Penn Center for the Book Public Poetry Project to be made into a poster and distributed to schools and libraries throughout Pennsylvania.

Alpay's commentary about poems and poetics include an explication of "The Second Coming" for Poetry Daily in 2013, and "On Orwell, Dystopia, Writing as Resistance, and Trust" for Beloit Poetry Journal in 2013 as well.

Alpay lives with his wife, the writer Anne-Marie Ulku, and their two boys, Snapdragon and Wookie-Wu (Lickedy-Split, rest in peace. You were a part of our heart.)

Honoree. The Penn Center for the Book Public Poetry Project selected my poem The Stiller of Atoms as one of the four featured poems. The Center created 1,500 posters of the Stiller of Atoms and distributed them free to schools, libraries, cultural centers, and cafes throughout Pennsylvania. March, 2012.

University of Iowa tuition scholarship (all tuition waived). January - May 1988.

Gives readings:
Yes
Travels for readings:
Yes
Please note: All information in the Directory is provided by the listed writers or their representatives.
Last update: Aug 02, 2018
X