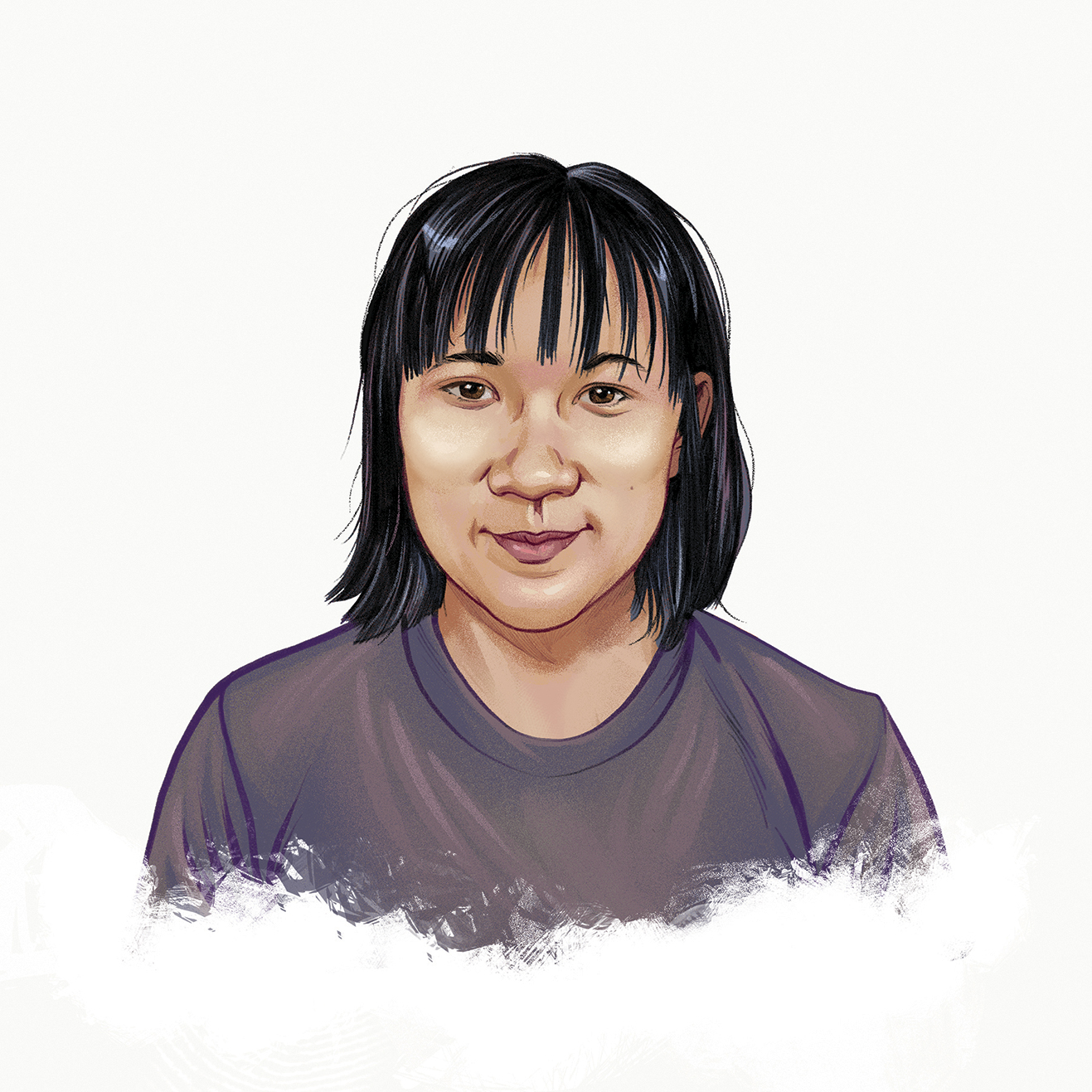 How it began: The suicide of my brother, which led me to look closer at my immediate familial history and then my parents’ histories in Vietnam and after the Vietnam War.

Writer’s block remedy: I turn to other media, schools of thought. I read science texts, immerse myself in visual art and film, listen to avant-garde composers.

Advice: Be uncomfortable. Get lost intentionally. Dare to take on ambitious, large poetry projects that terrify you.

Putting the book together: By starting at the junction of my brother’s death and my ongoing life—and then weaving in familial histories, which include my parents’ exodus from Vietnam after the fall of Saigon. I knew I wanted three sections in the book because my parents had three children: me, my sister, and my brother. Even though my brother is no longer with us, I wanted to keep the trinity intact.

What’s next: My PhD dissertation, a multi-modal collection that includes poetry, drama, and multimedia work (video-poems, site installations), all of which will explore poetry as a stylistic mode that manifests in multiple media and activates narratives in both Vietnamese and English as a visionary vehicle of resilience for refugees and children of refugees. 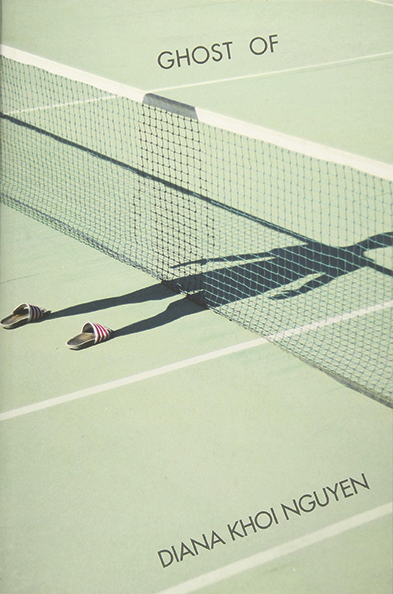 Job: Assistant professor of teaching at the Daniels College of Business at the University of Denver.

Time spent writing the book: Thirty days—fifteen in August and fifteen in December of 2016.

Ghost Of by Diana Khoi Nguyen by Poets & Writers 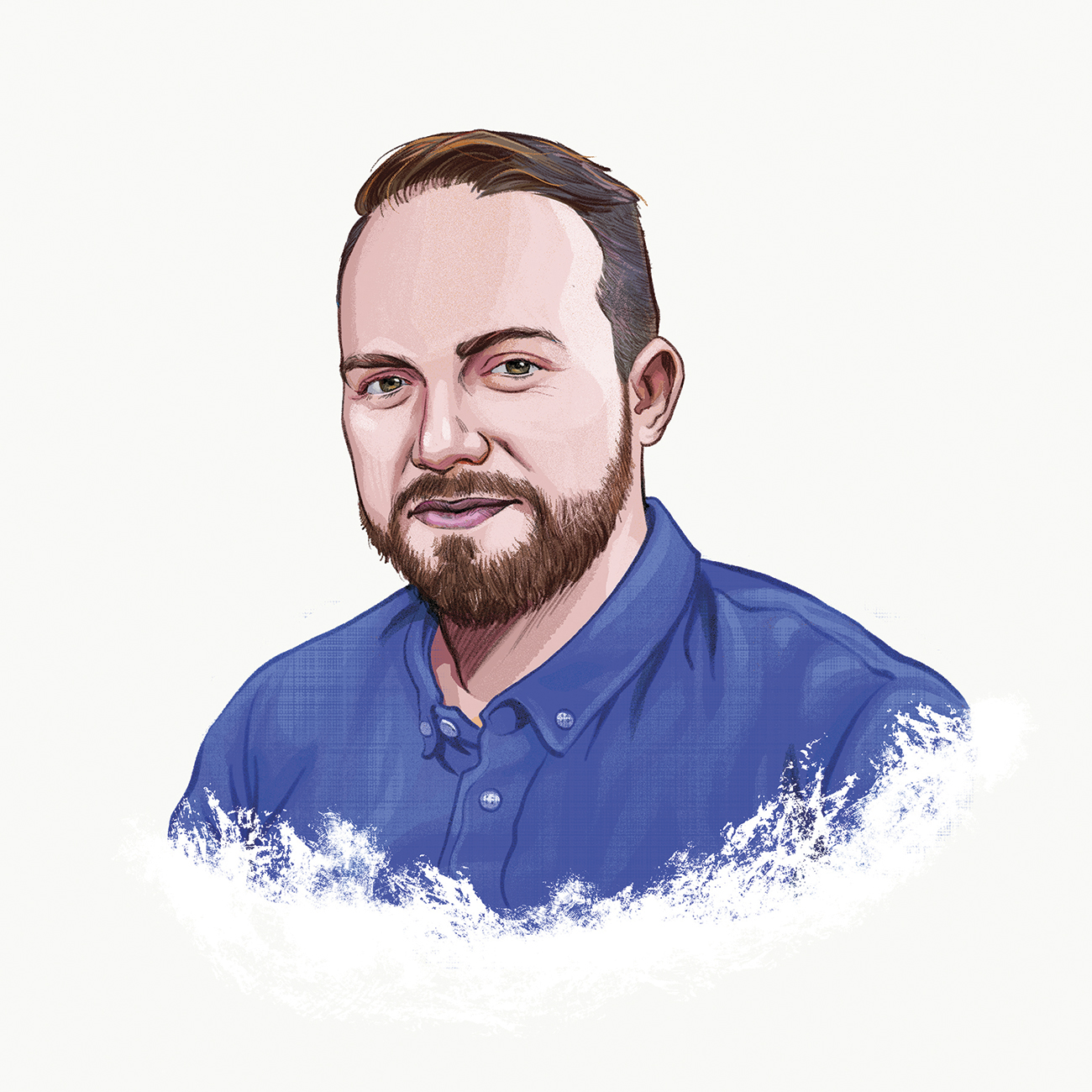 What is your name? they said.
I am nameless I said.
Yes they said.
—from “Renditions”

How it began: I wanted to write poems about migration, war, parenthood, and childhood. But without authority beyond attention or observation, I wrote through personal implication. Migration is still the book’s heart. My mother waited twenty years to return to Argentina after marrying my father in the States—it took my parents twenty years to afford a trip back for all of us, back across the borders. And the truth is we couldn’t really afford that trip, but my parents took us, their four children, and the trip changed our lives. Today I know and work with many people who make regular trips home to their countries of origin or heritage; people who could, this afternoon, buy the first flight out to anywhere. And that, for me, proves the myth of borders: not of sovereignty or nationality, but the myth of their permanence, their precedence. How we often confuse what was given, found, or taken with what is owed, native, or heritage. The book was a reflection of my desire to understand why.

Inspiration: Memory first. Great anger. The empty space a sense of recognition might fill and hasn’t. But also what has filled it: my wife, Wendy, and our sons. My family. And the greatest poem of exile and migration, parenthood and childhood: Milton’s Paradise Lost. And Tierra del Fuego and Patagonia. The trees of Silicon Valley. Straight-line winds in Indiana. The desert outside Blanding, Utah.

Influences: Frost is my first wonder, followed quickly by Neruda. For these poems in particular, Milton and Herbert and Borges. All my teachers, and perhaps especially Marianne Boruch and Mary Leader. Naomi Shihab Nye. My friend Travis Crane and many others dead and many living. The list is much longer.

Writer’s block remedy: The impasse is never with the writing itself; it is with the reasons to keep going. I read Jericho Brown on Twitter recently: “Real gratitude looks like responsibility.” Yes, absolutely. I have reasons to be grateful—many. I was born on one side of a border that people this moment are marching toward from the other side. And what have I done? What am I doing? I have no right to speak for them, but I can listen. I can remember. I can be grateful. And grateful, I am responsible: to my family, to my people. I am responsible to the borders of my body, to my country, and what they will become. Poetry is an expression of gratitude. It is an action. There is too much to learn and do. I have a suspicion that many of our impasses are rooted in ingratitude.

Finding time to write: With difficulty. Even with reluctance on some days. I remember the writers I love describing their sense of discipline to me: waking early to write, clocking in, and clocking out. I’ve tried both. I even took my briefcase hiking once, and everyone who passed me climbing down or climbing up laughed at the sight. But every day I carry that briefcase: I try. And sometimes I get an afternoon or a morning, and those are good days. And most days I live until it gets too heavy to carry and then I write.

Putting the book together: With obsession and revision. “Caballero,” a documentary poem in six sections, was the central weight. The rest of the poems would orbit its gravity. Sometime before publication, Jim Schley, the managing editor of Tupelo Press, reminded me that people rarely pick up a book of poetry and start from the first page (especially people new to that book or poet). So I knew that if someone were to thumb through it—looking for a short poem, an aesthetic idea of one, a line—the book needed to survive. The poems needed to persuade on their own. I still believe, however, that the best way to read Land of Fire would be from the first page to the last. It begins in the desert and ends in mountain snow.

What’s next: Every night for ten years when I was growing up, my family cleaned a grocery store called Jubilee. I am writing what my family saw there and what we learned. What I haven’t learned yet. 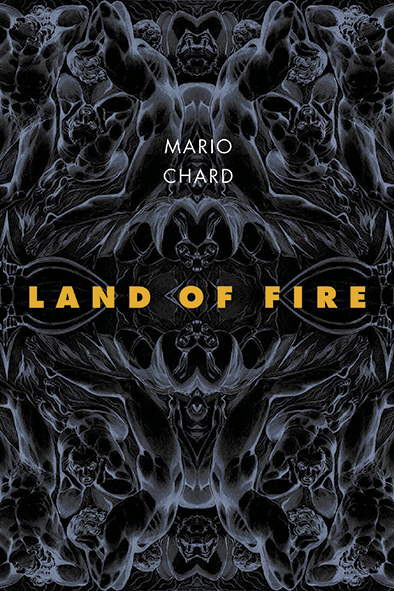 Time spent writing the book: An arc of ten years. But I wrote and finished the majority of the book from 2011 to 2013.

Time spent finding a home for it: Four years or four months. Land of Fire was a manuscript in search of a home for four years, but the moment I saw its order, the moment after something in me confirmed it, I saw it as a book. I knew what it was. It was accepted four months later.

Recommendations for debut poetry collections from this year: Cenzontle (BOA Editions) by Marcelo Hernandez Castillo and The Dream of Reason (Copper Canyon Press) by Jenny George come immediately to mind. Many others I know in pieces and am eager to see their finished forms. We live in a lucky age.

Land of Fire by Mario Chard by Poets & Writers