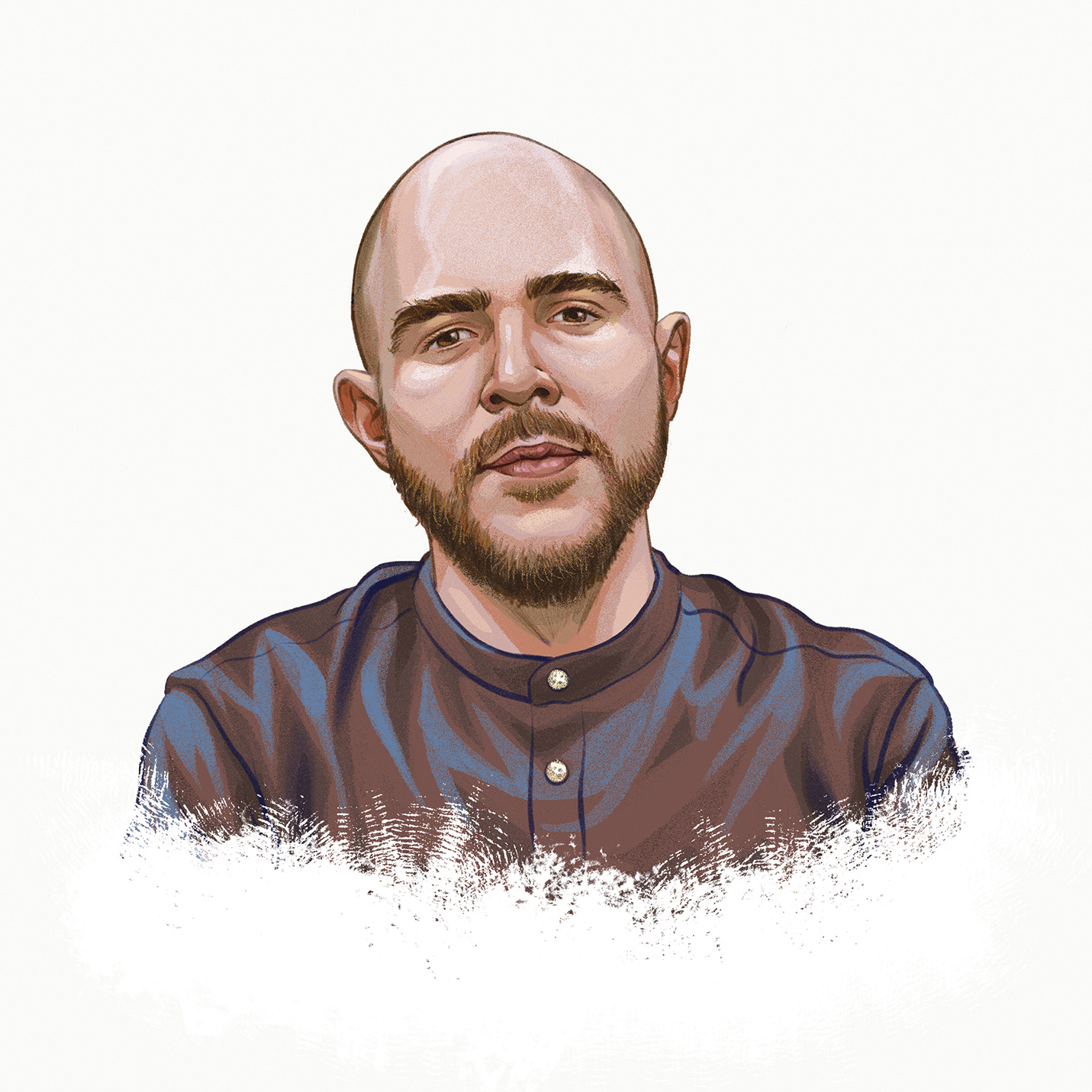 i killed a plant once because i gave
it too much water. lord, i worry
that love is violence.
—from “Getting Ready to Say I Love You to My Dad, It Rains”

How it began: There are a couple of origins. The first was just play. I was unsatisfied with the narratives that were emerging in my poems. The speakers seemed too stiff, so I kept playing with those stories and narratives with an eye toward mischief. The second origin is that I was unimpressed by the narratives I saw about Chicanx people in culture. The narrative the news tells us is so tired. Either we’re model minorities or we’re experiencing violent trauma. I set about to write poems that felt realer to me and my particular Midwestern Chicano experience.

Inspiration: My brothers inspire me the most. All I do is laugh when I hang out with them. I stole all the good jokes in my book from them.

Influences: Gwendolyn Brooks, Sandra Cisneros, Aracelis Girmay, and Ada Limón are four poets whose work teaches me how to see new possibilities in poems. When I get stuck, I turn to Chicago visual artists Sentrock, Victoria Martinez, Yvette Mayorga, Kane One, and Runsy. I usually write in silence, but when I’m walking around the city gathering images, I’m listening to Kaina, VICTOR!, Sen Morimoto, Joseph Chilliams, and Saba. My friends are brilliant. Erika Stallings is such a great partner: She encourages me to write more courageously just by the way she lives.

Writer’s block remedy: I used to try to write every day, and I would get upset when I failed to keep this goal. And I often failed. I’ve learned that even though writing every day works for some people, it doesn’t work for me. So when I reach an impasse, I go for a walk. I eat ice cream. I call someone I love. I trust myself to come back to the work and try again.

Advice: My advice is to read as much as you can. Write a lot. Experiment in your poems. If you start to notice patterns in your poems, see if you can break them. Be generous to other writers. Remember that ciphers rise together.

Finding time to write: A lot of times I don’t find time to write. I have to reassess constantly to make time to read and write. I prefer to write early in the morning, but sometimes that’s not possible. I try to be flexible about finding time.

Putting the book together: My major breakthrough was splitting “Mexican Heaven,” which I wrote as one poem, into eight separate poems that happen throughout the book. I knew that I wanted the reader to keep arriving at those “Mexican Heaven” poems. Nate Marshall deserves credit too. He helped me rework the sections the night before I turned in the manuscript.

What’s next: Celebrating this book. The next project will come, but I just published this book, so I’m going to celebrate for a bit. 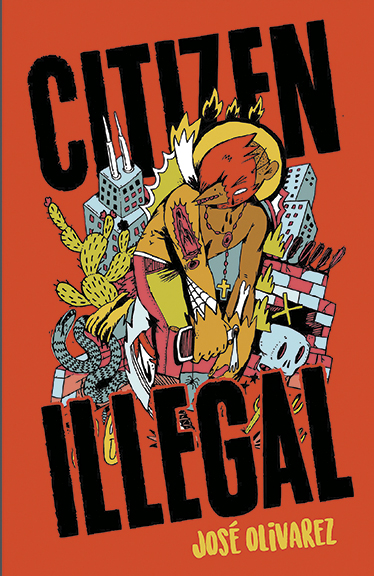 Job: I write. I perform. I teach. I work at Young Chicago Authors, a nonprofit that organizes writing workshops, teaching residencies, poetry festivals, and more for young people. While writing this book, I was also a freelance tutor and a freelance arts administrator.

Time spent writing the book: The oldest poem dates back to my sophomore year of college in 2007, but the vast majority of these poems were written in bursts between 2014 and 2018.

Time spent finding a home for it: I found a publisher before I finished the manuscript. I have a longstanding relationship with Haymarket Books and the editors of the BreakBeat series, so I knew they were interested whenever I was ready to show them something.

Recommendations for debut poetry collections from this year: If They Come For Us (One World) by Fatimah Asghar, Black Queer Hoe (Haymarket Books) by Britteney Black Rose Kapri, Throwing the Crown (American Poetry Review) by Jacob Saenz, A Cruelty Special to Our Species (Ecco) by Emily Jungmin Yoon, Refuse (University of Pittsburgh Press) by Julian Randall, and Virgin (Milkweed Editions) by Analicia Sotelo. 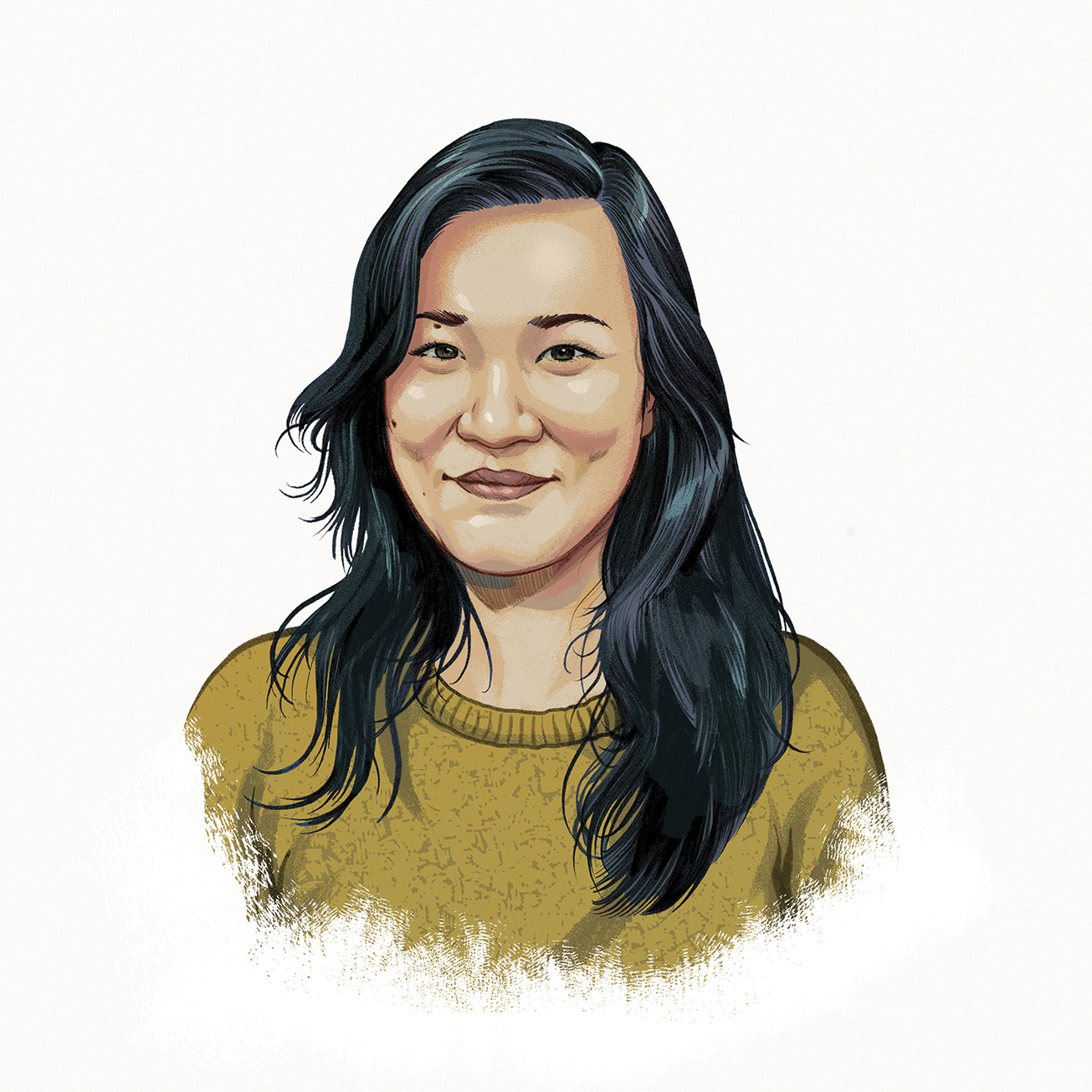 Desire makes beggars out of each and every one of us.

How it began: Some of the very earliest poems in this book were seeded in graduate school and crafted after a few years’ hiatus from writing poetry. I’d built up a mass of mental knots and stubborn questions, some of which had been born out of my time living abroad in Hong Kong and Cambodia. Others came out of certain appetites developed through reading: the drive to try out wilder forms or tones, to carry out conversation with selves I wanted to invite onto the page, to think and feel my way through certain modes, and so on. I’d also always been interested in sight as a manner of consuming and constructing the world and curious about how we are shaped by visual encounters and entanglements. This was showing in the poems, but it wasn’t until later that I saw the connective thread.

Writer’s block remedy: Impasses often arrive when I’m heeding demands made by the ego. To work through it I find I need to extinguish self-set expectations for how I need to write and at what pace—concerns intertwined with how I anticipate the work will be seen. To keep going I have to strip myself of that layer of self-consciousness and self-watching. It feels completely necessary to lower the stakes, to restore some sense of play, or to build just for the sake of chasing a question, a sound, or the mind’s movements, wherever it leads.

Advice: This is advice that gets repeated quite often, but I think there’s firm wisdom in it: Take your time, block out the noise that aims to conflate the work of writing with being visible as a writer, and hold out for a publisher whom you have faith in. I don’t regret at all not publishing my first book sooner, and I’m frankly relieved I didn’t send out earlier iterations. I also think that getting too much feedback on poems and manuscript drafts can be inhibiting at times and may lead you to mistrust your instincts, so be thoughtful about whom you choose to show your work to and at what stage.

Finding time to write: It’s difficult to find the time, especially when other demands seem to press much closer to the skin of daily life. Most days it feels less like locating a stretch of time that’s available for the claiming, and more like forcibly insisting on the clearing of space. Since I don’t have the inclination to write in small bursts, I need to be intentional about setting aside at least a few hours or half a day. When I’m off from teaching, the aim is to treat writing like any other work, which it is. This means if I mark off time to write, I can’t go off to run small errands, agree to coffee with friends or acquaintances, sit in front of my phone answering text messages and e-mails, or distract myself by chipping away at random tasks. When I’m teaching, I have to be in the classroom and devote my full attention to being there. What I owe to the students, I owe to my writing practice too.

Putting the book together: I didn’t entertain any ideas about ordering until I knew I’d accumulated enough poems to at least reach the minimum number of pages for a full-length poetry manuscript. It seemed to me a far more daunting task to write poems than to order them, which isn’t to say the latter came easily.

When I had enough pages for a book, I printed all of the pages and separated them into piles. Some poems had clear relations, some seemed to be in dialogue, and some shared certain affinities or preoccupations. After this period of grouping, I thought about the ordering within these sections and tried to organize with an eye toward the movements across the poems. Thinking by way of film metaphors proved useful; I tried to visualize the “shots” that the poems presented and how they dissolved or cut to ones after. Some poems seemed to be invitations into some space or mood, so I would usher those to the front. Others felt like they faced in a different direction—outward toward some far-off horizon. Those I might save for the ends of sections. Slowly, I began to see the contours. Doubtless there was a good deal of accident and chance in all of it too.

What’s next: At the moment, I’m not yet writing toward another collection. I’ve been putting together new poems here and there, but I don’t know if they fit inside something yet or are threaded together in any coherent way.

In response to this same question, in these same pages, Rickey Laurentiis wrote that he was working to access “the kind of specific ignorance one writes from before the first book gets published: when you’re simply writing poem by poem because of some insistence that you have to.” This resonates quite strongly with me. 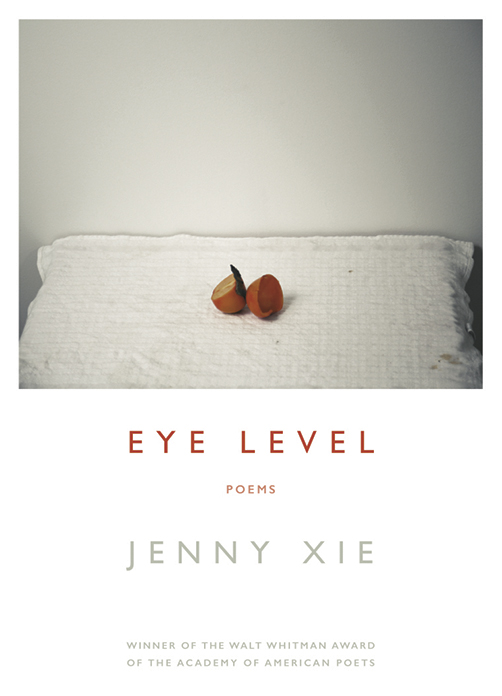 Job: I teach writing to undergraduates at New York University.

Time spent writing the book: Some of these poems had their start more than six years ago, but those were radically revised and rewritten. Much of the manuscript was shaped and written between 2014 and 2016, although I continued to write and tinker with the manuscript until August 2017, when I had to turn in my final edits.

Time spent finding a home for it: I had been sending out manuscript to a handful of contests for about a year or so. It was in the second round of sending out the manuscript that I received a call from Jen Benka from the Academy of American Poets. She let me know that Juan Felipe Herrera had selected it. I was very lucky in that respect.