In Syria the government censors everything that is published. Writers and publishers live in fear that they will pay to print a book, magazine, newspaper, or journal only to be prohibited from distributing it. “There is no freedom,” Muhammad Bayazid says. “You can’t cross any line; you’d be destroyed immediately. Bribery and wasta is everywhere. Assad’s family owns the whole economy, and there is nothing we can do regarding this.” 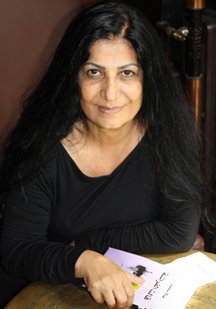 Filmmakers in Syria have to have all scripts accepted by the raqabeh, the supervision arm of the state intelligence services—the secret police. Technically, the censor is a member of the ministry of culture, but in Syria the members of the ministry of culture are also members of the intelligence service. “As Syrians, every one of us has his own internal raqib [a member of the raqabeh]. We don’t cross the lines,” Bayazid says.

The soft-spoken Etry is more optimistic; he describes a slow easing of restrictions. “Twenty years ago, you wouldn’t have seen a kiss in an Arab [television] series; now it’s normal to show kissing and all that.” However, Etry agrees with Bayazid that writing about sex, religion, or the government remains taboo and results, at the very least, in the government’s refusing to permit a writer to publish.

The Syrian writers union—like writers unions in Vietnam, Myanmar, and China—is complicit in the censorship. The organization is run by the government and, in exchange for government loyalty, its members are provided with health insurance as well as small stipends for reading in government-run cultural centers.

The Syrian writers I meet with outside the country are critical of the union. “The writers union is under the control of the regime; it is Baathist. It is a killing cliché of slogans that bore me to sleep,” Syrian poet Hala Mohammad tells me during an interview at the Saint Severin café on the Boulevard Saint-Michel in Paris. “I don’t like boring people at all; I’m attracted to people with the courage to fight boredom.”

Mohammad won a state-sponsored contest for her first collection and has since published six books of poetry, but she never consented to joining the writers union. “In Syria, writers are stuck between ‘not forbidden and not allowed,’” she says. “I think the revolution started because people are tired of being stuck in the middle.”

Mohammad speaks French and some English, but she prefers to respond to my questions in Arabic. Dressed in a simple black outfit, she is accompanied by her friend Tamara Alrifai, who works for Human Rights Watch and who translates for us.

An outspoken critic of the al-Assad regime, Mohammad has received threats. She came to Paris in June 2011 in order to undergo treatment for breast cancer, but she chose to remain in France with her husband, the Syrian film director Haitham Hakki, because she did not feel safe in her home country. “Maybe I’m pretending I’m courageous, but I’m scared,” Mohammad says.

She shows me her latest book of poems, which she just received from her publisher in Beirut. The collection is about the revolution. “This is my kind of resistance; this is my kind of love; to tell the world there is a Syrian poet who belongs to a people who are noble, who don’t like killing, whose only crime is that they dream dreams of freedom, of justice, of individuality.”

Mohammad grew up in a family of nine children in the Mediterranean coastal city of Latakia. Her father was a liberal schoolteacher who educated his daughters and permitted them the freedom to run about the neighborhood. Two of Mohammad’s sisters who were educated in the West became doctors, while Mohammad knew from an early age that she was a poet.

At fifteen, she secretly fell in love with an older man and poured her emotions out in private poetry. Later that year, she gathered her family and some guests—about forty people in all—for a private reading. When she started reading, they began laughing. “They were not laughing at me, they were just surprised that I was standing there saying, ‘I am a poet,’” she recalls. “We are a family who like to mock each other. I remember being happy I could give them this happiness. I liked that they were laughing. After that, they kept asking me to read them my poetry.”

Fifteen years later, in 1990, after her physician sisters helped her with the tuition to attend the University of Paris 8 in France, her first collection of poetry won an award and was selected for publication by the Syrian Ministry of Culture.

While Mohammad is outspoken in her enmity for the regime, she is complimentary of one former member of the government, Antoun Makdissi, the former head of Authorship and Translation within the Syrian Ministry of Culture. Mohammad remembers Makdissi as a man who tried to increase freedom of speech from within the government. Unfortunately, he was ousted after writing an open letter urging Bashar al-Assad to allow more unrestrained expression.

In 2005 Mohammad combined her passion for writing and her background in filmmaking to make a documentary film about Syrian writers in prison. “If you can’t find a way to be free under the dictator,” she says, “you won’t be free when [the dictator is] gone.”

Members of her family have been similarly active in pushing for greater personal and political rights. Her brother Osama is a filmmaker who made a movie under the auspices of the Syrian state cinema institute that was shown at the Cannes Film Festival but was banned at home; it was thirteen years before he was permitted to make a second film.

Mohammad says the revolution began as a peaceful fight for equality and freedom but has now been co-opted by radicals on both sides. “The government won’t allow the revolution to succeed because it will lose its power,” she says. “And the [religious] extremists don’t like it because they can’t be equal to other people because they have been sent by God.”

Mohammad is angry about the situation, but she is also worried about oversimplifying things. She points out that American notions of Islamic religious extremism are often shallow or mistaken. More than any other subject, Mohammad is passionate about the need for people to avoid black-and-white interpretations of world events. “My mother wears the hijab, but she is not an extremist; she is an angel,” she says. “It’s so bad the way movies make things so black and white, having a hero who kills all the bad guys. We’re all the heroes. Human principles are the heroes, not some guy. I don’t like the word hero. I feel sorry for the villains in movies.”

I ask her about her influences, and she says she likes the poetry of Ezra Pound, that she loves the music of Joan Baez, that she admires the work and writings of Angela Davis, and that she is a great supporter of the political activists seeking more freedom in Iran and across the Arab world.