This week’s installment of Ten Questions features Elisa Gabbert, whose essay collection The Word Pretty is just out from Black Ocean. Part of the press’s new Undercurrents series of literary nonfiction, the book combines personal essay, criticism, meditation, and craft to offer lyric and often humorous observations on a wide range of topics related to writing, reading, and life—from emojis and aphorisms to front matter, tangents, and Twitter. Gabbert is the author of the poetry collections The French Exit and L’Heure Bleue, or the Judy Poems; and a previous collection of essays, The Self Unstable. Her poems and essays have appeared in the New Yorker, the New York Times, A Public Space, the Paris Review, Guernica, and the Threepenny Review, among other publications, and she writes an advice column for writers, The Blunt Instrument, at Electric Literature. She lives in Denver. 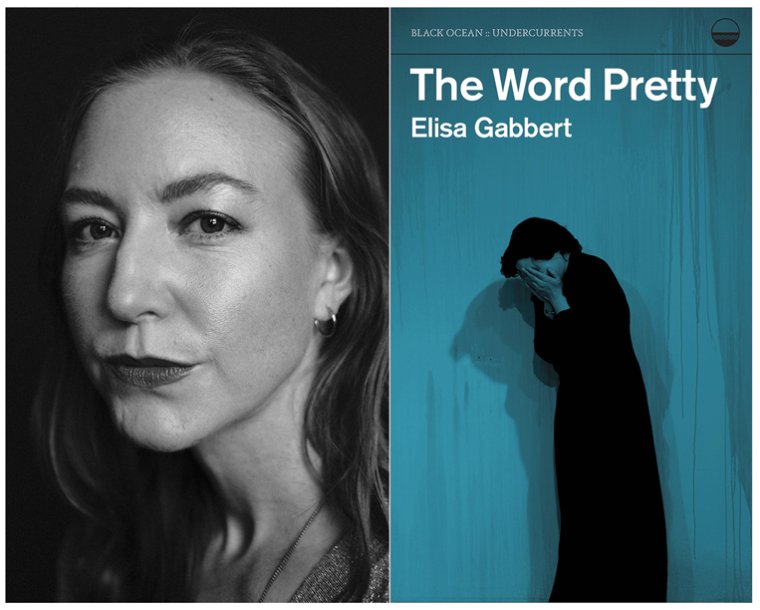 1. Where, when, and how often do you write?
I just turned in a manuscript, another collection of essays, and the way I wrote that was very specific: For between one and three months, depending on my time constraints, I’d surround myself with, or submerse myself in, material on a topic—for example nuclear disasters, or “hysteria,” or memory—and read and watch films and think and take tons of notes. Then after a while the essay would start to take shape in my mind. I’d outline a structure, and then block off time to write it. As this process got systematized, I became more efficient; for the last essay I finished, I wrote most of it, about 5,000 words, in a single day. It was pretty much my ideal writing day: I got up relatively early on a Saturday morning and wrote until dark. Then I poured a drink and read over what I’d written. Of course I wouldn’t be able to do that if I didn’t give myself plenty of processing time. I can write 5,000 good words in a day, but I can only do that maybe once a month. I did most of the work for this book, the note-taking and the actual writing, sitting at the end of our dining room table. I try not to write at the same desk where I do my day job.

2. You write both poetry and prose; does your process differ for each form?
Yes. With prose, all I need is time to think and I can generate it pretty easily; a lot of my thoughts are already in prose. Poetry is harder. I feel like I have less material, and I can’t waste it, so it’s this delicate, concentrated operation not to screw it up. It feels like there’s some required resource I deplete. And I have to change my process entirely every three or four years if I’m going to write poems at all. Basically I come up with a form and then find a way to “translate” my thoughts into the form. It wasn’t always like that, but that’s the way it is now. I used to think in lines.

3. How long did it take you to write The Word Pretty?
I hadn’t set out to write a book, per se; I was just writing little essays until eventually they started to feel like a collection. But I think I wrote all of them between 2015 and 2017.

4. What has been the most surprising thing about the publication process?
I hope this doesn’t sound like faux humility, but I am surprised by the number of people who have bought it and read it already. I thought this was one for, like, eight to ten of my super-fans. We didn’t have a lot of time or money (read: any money) to promote it. What doesn’t surprise me is everyone commenting on how pretty it is. Black Ocean makes beautiful books.

5. What is one thing you’d change about the literary community and/or the publishing business?
One thing? I’d like to change a lot, but I wish both were less beholden to trends and the winner-take-all tendencies of hype and attention.

6. What are you reading right now?
I just finished reading Claudia Rankine’s Don’t Let Me Be Lonely cover to cover—I’d only read parts of it before—which got me thinking about the indirect, out-of-sequence nature of influence. My second book, The Self Unstable, looks the way it does (i.e. little chunks of essayistic, aphoristic, sometimes personal prose) in part because I’d just read a few collections of prose poetry I really liked. One was a chapbook by my friend Sam Starkweather, who was always talking about Don’t Let Me Be Lonely. This was years ago, before Claudia Rankine was a household name. I finally read the whole book and thought, “Oh! This was an influence on me!” Next I am planning to reread The Bell Jar, which I last read in high school, in preparation to write about the new Sylvia Plath story that is being published in January. I have an early copy of the story as a PDF, but I haven’t even opened the file yet. I’m terrified of it.

7. Which author, in your opinion, deserves wider recognition?
I didn’t invent Elizabeth Bowen but I just read her for the first time this year and she blew my mind. I’m always telling people to read this hilarious novella about Po Biz called Lucinella by Lore Segal, and Journey by Moonlight by Antal Szerb, one of the best novels I’ve ever read. Michael Joseph Walsh is a Korean American poet I love who doesn’t have a book yet. Also, some people will find this gauche, but my husband, John Cotter, writes beautiful essays that don’t get enough attention.

8. What is the biggest impediment to your writing life?
Not being independently wealthy, I guess? I have a job, so I can only work on writing stuff at night and on the weekends.

9. What’s one thing you hope to accomplish that you haven’t yet?
It would be nice to win some kind of major award—but that would really go against my brand, which is “I don’t win awards.”

10. What’s the best piece of writing advice you’ve ever heard?
The best writing advice is always “read stuff,” but you’ve heard that before, so here’s something more novel: My thesis advisor, a wonderful man named John Skoyles, once said in a workshop—I think he was repeating something he’d heard from another poet—that if a poem has the word “chocolate” in it, it should also have the word “disconsolate.” I took this advice literally at least once, but it also works as a metaphor: that is to say, a piece of writing should have internal resonances (which could occur at the level of the word or the phrase or the idea or even the implication) that work semantically like slant rhymes, parts that call back softly to other parts, that make a chime in your mind.