This week’s installment of Ten Questions features Nuruddin Farah, whose new novel, North of Dawn, is out today from Riverhead Books. Inspired by true events, the novel follows a Somali couple living in Oslo, whose son becomes involved in jihadism in Somalia and eventually kills himself in a suicide attack. When the son’s wife and children move in with his parents in Oslo, the family finds itself confronted with questions of religion, extremism, xenophobia, displacement, and identity. Farah, who the New York Review of Books calls “the most important African novelist to emerge in the past twenty-five years,” is the author of four previous novels, most recently Hiding in Plain Sight (Riverhead, 2014), which have been translated into more than twenty languages and have won numerous awards, including the Neustadt International Prize for Literature. Born in Baidoa, Somalia, he currently lives in Cape Town. 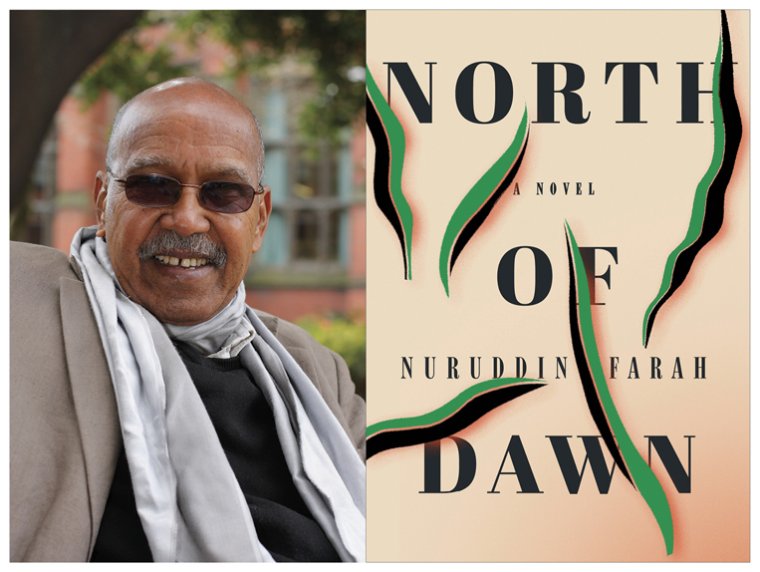 1. Where, when, and how often do you write?
I write less and less when I am on the road, travelling, or in upstate New York, teaching. But when I am in Cape Town, where I reside for much of the year, I write daily for no less than six hours.

2. How long did it take you to write North of Dawn?
It took a lot of time—two years to do the research, and nearly a year and a half to whip the text into shape. I suppose that is the nature of research-based literary fiction.

3. What was the most surprising thing about the publication process?
That it takes up to a year or more for a book to be published after the author has submitted it.

4. What is one thing you’d change about the literary community and/or the publishing business?
It saddens me that the shelf life of literary fiction has been drastically reduced to a few months after publication, unless the said novel becomes a commercial success or is made into a movie or the author gains some notoriety.

5. What are you reading right now?
I am currently reading Kwame Anthony Appiah’s In My Father’s House, which is on the syllabus of a course about journalism and literature I am teaching at Bard College this semester.

6. Would you recommend that writers get an MFA?
Having never taken an MFA, I am in no position to speak to this.

7. What trait do you most value in an editor?
My favorite editors have been the editors who have shown me the weaknesses of the draft texts I submit and I am grateful to them when they do.

8. What is the biggest impediment to your writing life?
I have found traveling away from Cape Town, where I do much of my writing, has proven to be an impediment.

9. What’s one thing you hope to accomplish that you haven’t yet?
Taken as a whole, I am content with the body of work I’ve produced.

10. What’s the best piece of writing advice you’ve ever heard?
That no writing is good enough until you, as an author, make a small contribution, the size of a drop, into the ocean of the world’s literature.

“I have learned that it isn’t wise to wait for inspiration; inspiration will meet me at my desk.” —Oyinkan Braithwaite

“To sit down and write requires a degree of optimism. You have to trust that there is relief to be found in placing one word after another.” —Idra Novey, author of Those Who Knew