One of the most highly regarded book critics working today, Carlos Lozada won the Pulitzer Prize for criticism in 2019, after being named a finalist for the same prize a year earlier. Prior to that the National Book Critics Circle recognized his work with its annual citation for excellence in reviewing. Of course Lozada’s work stands out not only for the splendor of his accolades, but also for the sharp focus of his criticism: He exclusively reviews nonfiction and primarily books that speak to politics writ large—the “big ideas or themes or debates of the moment,” as he notes below. Lozada previously served as the Washington Post’s economics editor as well as the newspaper’s national security editor and the editor of the Sunday opinion section, Outlook. Prior to joining the Post in 2005, he was a managing editor of Foreign Policy and a Knight-Bagehot fellow in economics and business journalism at Columbia University. He earned a bachelor’s degree in political science and economics from the University of Notre Dame and a master’s degree in public administration from the Woodrow Wilson School at Princeton University. 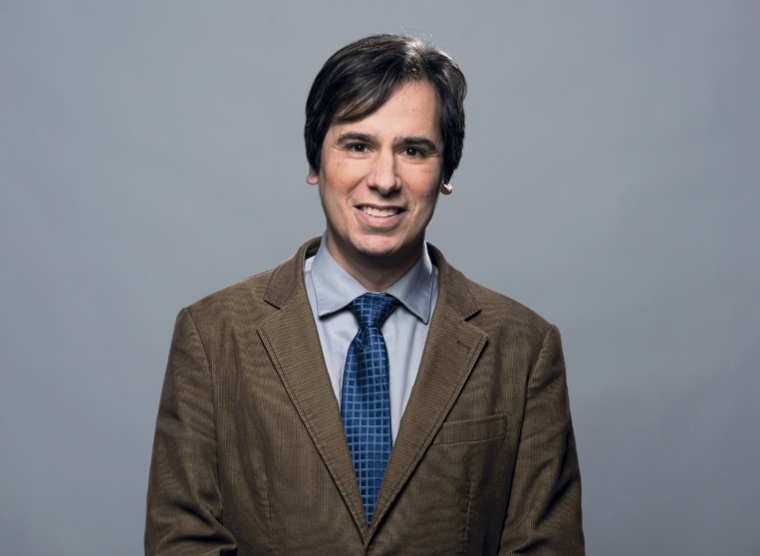 What was your path to becoming a literary critic?
If you’d told me when I was in college that I’d be a book critic in my forties, I would have thought that I needed to study literature or get an MFA and maybe find a job at a publishing house. Thank God I had no idea. Instead I studied economics and political science and public policy, worked at the Federal Reserve for a couple of years, and then made my way into journalism as a magazine and news editor. At the Post I’ve edited coverage of economics and national security as well as political and cultural subjects as editor of our Sunday opinion section Outlook. All that helped me enormously when I became the Post’s nonfiction book critic in 2015. This is my first full-time writing job after fifteen years as an editor, but all those prior roles gave me a broad grounding in many of the subjects I explore as a critic.

What is your reading process like?
It’s long and slow, unfortunately. I go through each book three times. First is a straight read, taking lots of notes, underlining, getting lost in footnotes, heavy marginalia. Next time around I’m armed with a highlighter, focusing on the portions that struck me most the first time but also things that seem more important now that I’ve already read it all. And third, I go through the things I’ve highlighted and cull a subset of that into a file. By that point I might have built a three-thousand-word file out of a three-hundred-page book, with quotes and ideas and questions I want to explore. That becomes my raw material for a review. It takes forever, but that’s how I make sure I’ve absorbed the material as well as I can and have developed a sense of what I want to say about it. Authors may not like what I decide about a book, but they can’t say I haven’t taken it seriously.

In an interview with the Princeton Alumni Weekly you said, “There’s been so much change and innovation in journalism, but literary criticism, book criticism…hasn’t changed all that much. And I thought it’d be fun to try to give it my own imprint, if I could.” How do you think you have put your own stamp on book criticism?
Whether I’ve succeeded in putting a stamp on book criticism is for readers to judge; I can only describe what I’m trying to do. Rather than simply pick among the books the publishing houses are churning out, I think about the big ideas or themes or debates of the moment that are worth examining and then find the most relevant books that speak to those debates. So over the past year I’ve found ways to write about truth and Russia and conservatism and identity politics and special counsel investigations—all through the prism of nonfiction books.

How many books do publishers send you every week—and of those how many are you able to review?
On any given week I may get anywhere from 50 to 150 books mailed to me at the Post newsroom, in addition to books that editors receive and flag for me to consider. And, of course, I get dozens of e-mails a day from publicists and authors pitching me their books. Looking back over the past four years, I’ve reviewed about 55 to 60 books per year. Some of those are through individual reviews, whereas others come in longer essays that incorporate multiple works.

Are you able to select what you want to review?
The editors at the Post give me plenty of freedom to choose what I want to review, and I’m enormously grateful. It’s all an ongoing conversation, though, not just about which books to review, but when and in what context. Of course, when we know there is a big book coming that will be of great interest to Post readers, I know I’m going to read and review it as soon as possible.

Is there ever anything from the publishing side that raises your interest in a particular book or author—a sizable advance, notable blurbs, your relationship with an editor or a publicist?
Blurbs never sway me. Do they sway anyone? If anything they have the opposite effect; overly enthusiastic blurbs make me suspicious. Overly promiscuous blurbers are a red flag too. And I honestly don’t follow publishing industry news enough to hear about who got a big advance. One of the advantages of not working in New York City is that I’m a bit insulated from the inside baseball of the publishing world. There are a few editors and publicists who seem to have a decent sense of the work I do and the kind of books I review and reach out from time to time, and when they do I pay attention.

How conscientious are you about diversity—gender, race, sexual orientation, etc.—when choosing which books to review?
It is certainly a factor I consider, along with ideological diversity. That said, you can’t just think of numbers or percentages of authors from one or another category. I also try to make sure that I don’t typecast certain kinds of writers in certain kinds of books, as if identity has to dictate content. That’s a real disservice. There are so many reasons I am drawn to one book or another, including the very simple impulse to learn something new.

Have you ever changed your mind about a book that you praised or panned years earlier? Has a work of criticism ever changed your opinion of a writer’s work?
After I’ve written my own review, I like to see what other critics and reviewers thought about the same book. Never ahead of time, obviously. And I’ve often seen different interpretations of a book, in which the reviewer raises points that I wish I’d considered. But I think it is rare to wholesale reverse my position on a book that I read and reviewed carefully. If anything, I suspect that I’m more inclined to regret going too easy on a book than being too tough. I do wish, though, that I had more time to reread books some months or years after reviewing them. I imagine it would be a different experience and perhaps a different response, because I’m a different person, too. You never read the same book, no matter how many times you pick it up.

What’s your opinion on the value of negative reviews?
I don’t have a problem with negative reviews on principle. But if you’re going to dislike a book—and do so publicly—you should have the courtesy to dislike it in an interesting way. Even bad books should tell us something, and even negative reviews should be useful to readers. There is nothing more pointless than a review telling readers, “Here is a book you’ve never heard of— and it sucks.”

When you’re reviewing a new book from an author with previous books, do you read the author’s backlist as well?
If I can carve out enough time to read past books by that author, I do—especially if an earlier work was especially notable. But more than that, I try to read books by different writers on the same topic as the new one I’m reviewing, so I can develop a sense of what the current author adds to the discussion. For example, when historian David J. Garrow published a new Obama biography in 2017, Rising Star, I didn’t feel compelled to read Garrow’s own prior works, but I did make a point of reading past Obama biographies before reviewing his. It took a long time and it only added a paragraph or so to the review, but I felt more confident writing about the subject than I would have otherwise.

Has social media been helpful at all in your role as a critic?
Absolutely. I hear about new books and authors, find compelling new critics, and also get into some fun conversations—usually via DMs—about books. I also share on Twitter the books I see people reading on the train during my commute, under the hashtag #RedLineReaders. It’s a lot of fun and often prompts other people to let me know about other books they see in the wild.

Where do you see the future of books coverage in ten years?
I have no idea—I just hope I still have some role in it.

Who do you think are some of the finest literary critics working today?
It’s easier to review books than to review other critics. There are many terrific book critics working today, and I don’t want to minimize anyone’s accomplishments by forgetting them. One thing I will say is that I’ve recently been reading essay collections by Clive James; his work makes me want to play with words in ways I am entirely unqualified to do, struck by, as James puts it, “the ruinous urge to emulate.”

Of those publications that still devote space to literary criticism, which are your favorites?
The New York Review of Books. It’s my stranded-on-an-island publication.

What books that you are not reviewing are you most looking forward to reading in the near future?
I am on edge waiting for Tiempos Recios, the latest novel by Mario Vargas Llosa.

One of the most prominent and liveliest critics in the United States discusses whether or not literary criticism can be taught, the value of negative criticism, and more.

In this continuing series, a book critic discusses the unique challenges of reviewing for radio and how she picks the books that make it on the air.

In this continuing series, a book critic discusses Minnesota’s thriving literary community and the importance of reviewing small-press titles.

In this continuing series, a book reviewer discusses the art of literary criticism—from the value of negative reviews to critics he admires.