Laurie Hertzel grew up in Duluth, Minnesota, and worked at the Duluth News-Tribune as a reporter and editor before moving to the Twin Cities to write for Minnesota Monthly magazine. Since 2008 she has been the books editor of the Star Tribune in Minneapolis, or the Strib, as the locals call it. Hertzel is the author of the memoir News to Me: Adventures of an Accidental Journalist, published by the University of Minnesota Press in 2010, and her articles and short stories have appeared in publications in the United States, Finland, and Australia, including the Brevity blog, Tri-Quarterly, South Dakota Review, North Dakota Quarterly, and the South Carolina Review. She has an MFA in creative nonfiction from Queens University in Charlotte, North Carolina, and teaches at the Loft Literary Center in Minneapolis. Hertzel is also a board member of the National Book Critics Circle (NBCC), where she is currently the chair of the autobiography committee. 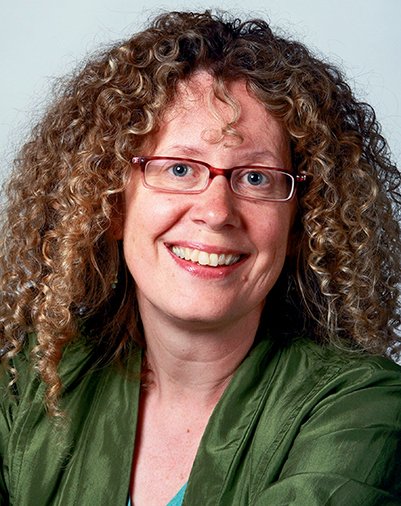 The Star Tribune reviews many books from smaller presses. Is this by design—and if so, what is your reasoning behind it?
I decided when I first took this job that we would feature books from small presses as often as possible. There are many reasons for this, one of which, of course, is that there are so many fine smaller presses here in Minnesota: Graywolf, Milkweed, Coffee House, Holy Cow!, New Rivers, and others. I also admire what university presses are doing—kind of filling the gap with fine short stories and literary and experimental fiction that bigger publishers can’t afford to take a chance on.

I am also aware that in some cases Strib reviews are the only reviews some small-press books get. I do this for our readers—I want to bring their attention to books they might not hear about otherwise.

You do a thorough job of covering the local literary scene and reviewing books by local authors. Does that regional focus extend much beyond the Twin Cities?
It does, though it mostly stays within the borders of Minnesota. We review books published by out-of-state publishers, and we review books by authors who live in or grew up in the state. Though we cannot possibly review everything. Minnesota is an incredibly literary place, and if I reviewed all Minnesota authors, I would not have room for anything else.

Minneapolis is such a hotbed of literary activity—not least of which is the presence of the aforementioned indie presses, as well as the esteemed Loft Literary Center, which will launch the Wordplay Festival, helmed by Steph Opitz Lanford, in spring 2019. What do you think has spurred such robust literary growth in the area, and how does it feel to be working in such a vibrant literary community?
This is a question that we ask over and over: Why so much wonderful work and such accomplished writers here? I wrote about this a few years ago when 50 percent of the National Book Awards went to Minnesota writers—Louise Erdrich and Will Alexander. It has to do, I think, with the tremendously generous foundations and grants that Minnesota has long been known for, as well as the great small presses you mention, which all moved here at about the same time the Loft began. There are also some outstanding MFA programs here, and about fifty independent bookstores.

And you cannot discount our weather. There are not a lot of outdoor distractions in December and January and February. Or March, the absolute worst month of all. Covering all of this is inspiring and frustrating. I am it for books coverage—I have no staff. I can’t get to everything, nor to everyone, and what you mention is only a small part of what’s going on. There’s the Twin Cities Book Festival in the fall, and tons of author lecture series through libraries and colleges and other places.

Every day I come across another Minnesota writer whose name I put on my list of “writers I need to profile.” That list is long.

How many review copies do you receive per week, and of those how many are you able to review?
I get about a thousand books and ARCs [advance review copies] per month. We review about eight books a week—five on Sundays—but I also try to work books coverage into the paper in other ways, such as author profiles, Q&As, and my weekly column. Other editors run book reviews and interviews in their sections too, so there is book news sprinkled throughout the paper, which is great. There are so many worthy books.

Do you keep diversity—gender, race, sexual orientation, etc.—in mind when assigning reviews?
Absolutely. I am always looking for all kinds of diversity both in books and with critics.

Is there anything from the publishing side that raises your interest in a particular book or author? The size of the advance, notable blurbs, your relationship with an editor or publicist?
Sometimes these things work against a book, in a way—if a publicist tells me that a book is going to be featured on NPR and is being reviewed in O, The Oprah Magazine and will be the cover of the New York Times Book Review, I might think, “Huh, then they don’t need the Star Tribune. I can skip that one and review something else instead.” Though often I do review the big buzzy books, of course.

And publicists are crucial. I know which ones I trust.

How many freelancers do you work with?
There are about fifty critics I work with, and maybe twenty to twenty-five I work with on a regular basis. I get queried every week from hopeful critics, and while I do try to give new folks a chance, I have limited space and an ever-shrinking budget.

Do you pick up many reviews from the wire?
I have been in this job for ten years, and a year ago I had to start using wire reviews on Tuesdays—but so far not on Sundays.

Has your book review space increased or diminished over the past few years?
It is the same. We still have two open pages on Sundays. We also run two short reviews on Mondays, something I started ten years ago, and one review on Tuesdays on the Features cover. Book reviewing is expensive for newspapers—not just the postage for sending around all those books and the money we pay freelancers, but the space it eats up. It brings in pretty much zero advertising dollars. So I am very, very grateful that the Strib continues to fund this work.

Your debut book, the memoir News to Me: Memoirs of an Accidental Journalist, was published eight years ago. What was your experience as a first-time author, and how did it feel to be on the other side of the book reviewing equation?
With News to Me I learned how hard a publisher’s editors, copyeditors, designers, and marketing people work. I also learned how hard it is to get reviewed. I think I gained a lot of empathy for writers, especially first-time writers, especially first-time writers of small-press books. I was lucky that my reviews were all positive, though some were riddled with inaccuracies, perhaps because the critic was trying to do too much in too short a time. So I try to be both careful and empathetic in my work as a critic.

Any opinions on the value of negative reviews?
We don’t run a lot of negative reviews, but we do run them when warranted. I just finished writing one this morning, as a matter of fact. My philosophy is that we do not trash debut books by unknown writers—what is to be gained by holding up an obscure book and telling the world that it’s bad? On the other hand we have run negative reviews of Stephen King and John Irving and other well-known writers. It seems to me to be a service to readers to let them know which books by their favorite authors might be skippable.

All that said, with room for only five reviews each Sunday, I would rather run recommendations than pans.

The media landscape has changed considerably over the past two decades. Are there any changes that you find positive?
Despite the shrinking books coverage in newspapers, which I think is a tragedy, I think there might be more venues than ever for books coverage, with blogs and zines and journals and magazines—or maybe it’s just that with social media we are more aware of it all. And that is a good thing for sure.

Do you find social media helpful in your role as a books editor?
Social media, annoying as it can be, is also a great leveler in many ways. Reviews get more attention; they are not limited to the local subscribers of any one newspaper but find their way into the world in many different ways. People seem more aware, and thus are more sophisticated. There are conversations happening on Facebook and Twitter that are smart and fun and interesting. It shrinks the literary world in what feels to me to be a good way.

If you could change one thing about the book-reviewing process or the world of book criticism, what would it be?
You mean besides restoring books coverage to newspapers across the country?

Which book critics, past or present, do you particularly admire?
I admire critics who are widely read, smart, and not afraid to let their reviews reflect their personalities. I love wit and humor in a review: Ron Charles, Carlos Lozada, Ellen Akins, Katherine A. Powers, Charles Finch, and my Scottish critic, Malcolm Forbes.

What books that you aren’t reviewing are you most looking forward to reading in the near future?
Between reading for work and reading for NBCC, not a lot of extracurricular reading gets done. If I read something published this year, I’ll usually write a little Monday shorty review just to justify my time. That said, I really want to read Anne Applebaum’s 2017 Red Famine: Stalin’s War on Ukraine when I get the chance. It’s been sitting in my dining room for a year. And, yes, I realize that makes me the most fun person at the party.

In this continuing series, a book reviewer discusses the art of literary criticism—from the value of negative reviews to critics he admires.

The books editor at O, the Oprah Magazine discusses how she got her start in the literary world, the selection criteria behind Oprah’s Book Club picks, and her favorite books of the year.

Reviewers & Critics: Laila Lalami of the Nation
by Michael Taeckens | The Practical Writer 4.11.18

A novelist and critic discusses the book reviewing process, the role of social media in literary criticism, and much more.